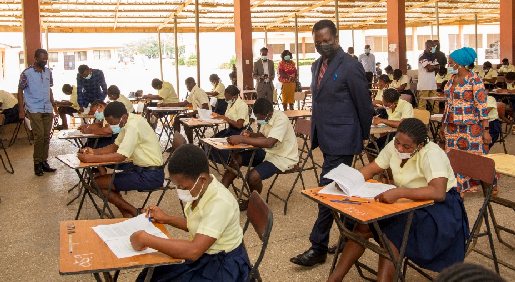 The Ministry of Education, the West African Examinations Council (WAEC) and other stakeholdersare are putting in place measures to curb examination malpractice in the country through the serialisation and digitisation of question papers.

The sector Minister, Dr. Yaw Osei Adutwum, explained that through the serialisation and digitisation process, 10 versions of the same examination paper would be set and that will make it difficult for students to cheat.

It will include setting the same questions but with different numbers on the question papers of each candidate.

The minister said this at a media briefing after touring some selected centres in the ongoing West African Senior School Certificate Examination (WASSCE) in Accra yesterday.

Some of the centres visited were the Frafraha Community Senior High School (SHS), West Africa and Kwabenya SHSs.

Dr. Adutwum said the measures formed part of efforts by the government to ensure the eradication of examination malpractices in the country.

According to the minister, some people, out of the crave for money, set up rogue websites through which they sold fake WAEC questions to unsuspecting students who out of ignorance also patronised such sites for a fee.

He said with that and other measures being put in place, it would be difficult for candidates to patronise such sites.

At the Frafraha Community SHS, Dr. Adutwum interacted with some of the candidates before they started their English II examination.

He urged the candidates to remain focused and be disciplined during the examination since anyone caught cheating would be prosecuted because it was against the laws of the land.

Dr. Adutwum also urged them to be confident, focused and avoid any action that would affect the sanctity of the examination.

Earlier this year, the minister told the Anglican Bishops Conference during a courtesy call on him in Accra that the new measure would start in this year’s edition of the Basic School Certificate Examination (BECE), after which it would be piloted in WASSCE in subsequent years.