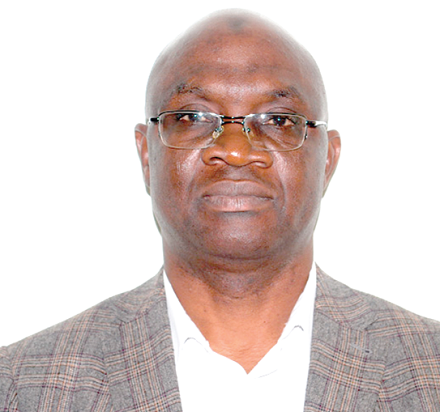 The Director-General of the Ghana Tertiary Education Commission (GTEC), Professor Mohammed Salifu, has explained that the intention of the government to introduce a Centralised Admission Services (CAS) in the Public University Bill is to sanitise the admission process into universities.

He also said such a system would be cheaper for prospective students who would no more have to buy more than one admission form to brighten their chances of gaining entrance into the university.

Prof. Salifu gave the explanation in an interview with the Daily Graphic in Accra in reaction to calls by some lecturers, civil society organisations and other stakeholders for the proposed bill to be thrown away.

Prof Salifu, therefore, dismissed the notion that the CAS was designed to take away the admission right of public universities.

According to him, the universities would continue to decide which student to take based on minimum entry requirements to be agreed on.

"Nobody is going to take over that responsibility. What we are doing is providing a platform so that instead of buying five or six admission forms from different universities, you will just buy one access card, go into the system, select the universities and programmes you want in each university.

"The data will go to the universities and each of them will collate them as prevails, go through their processes, accept which students they want to accept and put the data back on the platform," Prof. Salifu further explained.

He said once a university offered a student admission and he or she ticks accept, that student would no more be available for selection by other universities.

"The prevailing system is a waste of resources which makes vacancies redundant; it is not the most ideal thing," Prof Salifu added.

The Director-General further dismissed the accession that the sale of admission forms was a way of generating funds by the universities, claiming that very little of that money ends up in the universities' confers.

"when we did an analysis, actually, there is no single university that earns more than 1.2 per cent of it’s internal generated funds from the sale of forms and so it is very insignificant even though it comes at a huge cost to the individual applicant," he said.

According to Prof. Salifu, when the bill is passed, the CAS would significantly help to sanitise the process because "sitting here, I can have all the data of students who have been admitted into a university and other such data".

He said to get the buy-in of Vice-Chancellors of public universities, they were sponsored to the United Kingdom where the CAS, known there as universities and colleges admissions services (UCAS) was practised for them to appreciate how the system worked.