Why the Black Stars need our support 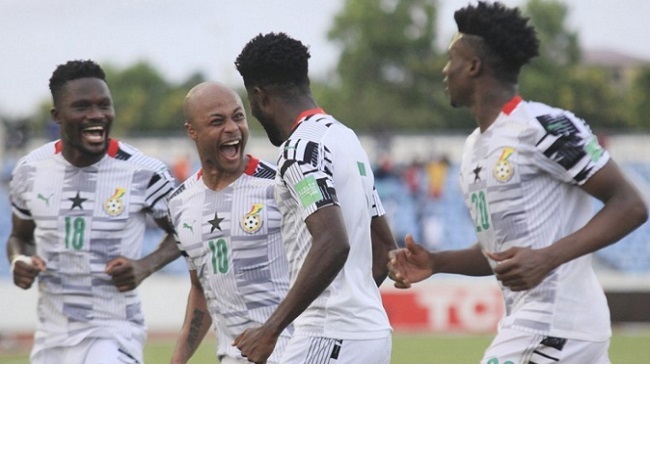 At nine in the morning on Sunday, January 9 this year, which is less than a week away, I gave myself a thankless assignment.

I positioned myself at the entrance of the West Hills Mall on the western boundary of Accra to count the number of people wearing any Ghana or Black Stars paraphernalia such as replica shirts or even flags.

Sunday was the beginning of the ongoing Africa Cup of Nations tournament commonly referred to as AFCON and West Hills Mall has become the go-to place in that part of Accra west, so if you want to see trending optics, it would be the place to be. Although the New Year was more than one week old, the holiday mood had been carried over because Friday, January 7 was also a holiday known as Constitution Day in Ghana.
With most people not knowing what to do with either the Day or the Constitution, the masses had decided to go for ice cream at the mall.

I had expected that with the carry-over of the holiday euphoria and Ghana playing in the AFCON the very next day, one would see visible signs of support for the Ghana national football team.
Sad to relate, the number of people showing any support for the Stars was exactly ZERO.
Not a single soul showed any interest in supporting the team.

Inside Shoprite, the main grocery shop in the mall, the owners had done their best to whip up support by decorating the shop in Ghana colours and hanging a huge cutout of Andre Dede Ayew, the Black Stars Captain, at the entrance.
I saw many people taking photos in front of the giant Christmas tree which adorns the central arcade of the mall; people took photos standing between the aisles in the shop but not a single person took a photo with Dede Ayew hanging forlornly in that entrance.

I recalled what happened at Victoria Station in London where cutouts of Black Stars Captain Stephen Appiah and midfielder Michael Essien were literally mobbed even by non-Ghanaians.

This was in 2006 when Ghana qualified for the first time to the World Cup. Back at home then, Osu’s “Oxford Street” became the unofficial capital of Black Stars support with almost everyone in sight showing support for the team.

It was probably the last time our country showed hysterical support for its team.

The following World Cup in Brazil in 2014 was a disaster both on and off the field when the Black Stars were unhappy over money and management issues and the nation fell out of love with its heroes. It appears that the sad events of Brazil 2014 have carried on till today and the fans have simply decided that they are not ready yet to forgive and forget.

I made 2006 the reference point because it is within the memory range of most readers of this column with the exception of very young ones, but I could have gone back further into our history and described Black Stars match day in Ghana in the 1960s, 70s and 80s.

Those were days everybody in the country lived for the Black Stars. In those halcyon days of our young Republic, our football prowess was one of those things that proudly lifted our nation.

The victories of the Black Stars which made us the first nation to lift the AFCON four times by 1982 became synonymous with the nation’s glory.

Even in those pre-Internet days, our footballers were household names across the continent and beyond.
Players such as Osei Kofi, Aggrey Fynn, Robert Mensah, Abedi Pele, Tony Yeboah and many others in their time were well known abroad.

I recall both my Abedi and Tony Yeboah moments with glee. In the first instance, I had gone to Senegal and was on my way to the hotel in a taxi when the driver decided to increase the fare in the middle of the journey.

At the old Dakar Airport, they had displayed the fares boldly so passengers knew how much they were expected to pay for their destinations.
However, the drivers had this trick of claiming that because of traffic they had to charge more or drop the passenger in the middle of the journey.

When the driver tried the trick on me, I informed him that although I had arrived from London, I was a Ghanaian and knew their tricks.
He laughed and asked me if I knew Abedi. Abedi is my brother, I said. He took a sideways glance at me and decide that yes, I looked like Abedi. We spoke about my brother Abedi until we got to the hotel. He rushed inside to inform anyone he could find that he had just brought Abedi’s brother.

At this point I was forced to explain that we were like cousins rather than brother-brother. Who cared? The taxi driver refused to take any money.
In fact he was offended at the idea of taking money from Abedi’s brother. I was treated like Royalty at the hotel for the one week I stayed there.

My Tony Yeboah moment happened in London when Tony played for Leeds. I went to the Westminster Foundation to look for a document.
The receptionist hardly looked in my direction while I spoke with her until I mentioned my first name and she asked if I was from Ghana.
It turned out she was from Leeds and worshiped Yeboah who was scoring spectacular goals for the Yorkshire club. She went beyond the call of duty to assist me.

The national football team and its players give us individual and collective lift every time they do well, and God knows they have lifted us through the past several decades.

The time has come to fall in love again with our national team. The Black Stars deserve the support of the whole nation and the leaders of the country – politicians, chiefs, the business community and the youth must all play their part in lifting the team.
Of course, the nation will rally behind the team when they do well but that is the wrong approach.

We must support them when they are struggling because our collective support can translate into wonderful artistry on the playing turf.
We have been great before and we can recapture the glory days, but only if we all pull together behind the team.