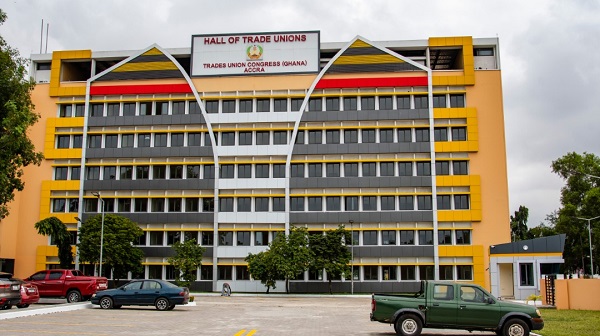 ON Monday, July 18, 2022, I listened to the leader of the TUC, Dr Baah, on GTV news. It was the second time that I had heard him on TV, stressing the TUC’s opposition to Ghana’s 18th commiseration with the IMF.

He lamented austere regulations of IMF financial support and promised his constituents that the TUC would combat moves towards rightsizing and employment freeze, among others. He drew applause from his audience, naturally, but considering the global interconnectedness which continuously dictates the operations of communities, I have wondered if an entrenched position is pragmatic; the immediate topmost priority is ensuring an operational economy.

I write from multiple perspectives: A beneficiary of TUC negotiation, a trainer of human resources for industry, an employee feeling the pinch of the rising cost of living, a Ghanaian peeved for endemic financial management slacks and resultant austerity. Yet, I perceive the grim realities. I share Dr Baah’s painful position as a leader of public workers, which position necessitates loyalty – even if skewed sometimes – to
Ghanaian workers.

However, pinching realities cannot also continue to be glossed, else, we be drowned by our own complicity. These are turbulent times for all, so it is extremely unnerving when Ghanaians who are savvy about global issues demonstrate skewed perspective or imply such in national conversations.

Neither TUC nor Government would ever want to arrive at the 2014 Greece destination where it had reduced public employment by 150, 000, lowered public employment wages by 17 per cent, reduced monthly pension above 1,200 Euros by 20per cent -40 per cent, and stopped heating fuel subsidy due to a slap of European Union austerity measures. By then, there was no money in ATMs. The entire
population felt the pinch, but the elderly, ailing and children suffered most. Neither would the TUC nor Government want to tread others’ trail.

In 2011, the Irish Government reduced public wages by five per cent; in the same year, Italy increased healthcare fees, cut family tax benefits and pensions for the wealthy. Along the line, Portugal cut by five per cent the wages of top government workers. The United Kingdom eliminated490, 000 government jobs and reduced the budget by 19 per cent.

Germany also cut subsidies to parents and got rid of 10,000 government jobs. All is public information. Even scarier are most recent developments across the globe due to well-known events. In June 2022, the Pakistani Government implored citizens, who drank $600 million worth of tea in 2021, to drink less tea. It also asked businesses to reduce operating hours to save fuel. At the time, the country had only two months of foreign reserves for oil import. In the same month, Japan urged
37 million people to switch off lights, and there have been similar requests for frugality from other governments to their citizens. Within the referenced time frame, the Sri Lankan Government ran out of money to run the state. Time elapsed before oil began to trickle into the country- Information courtesy of the BBC “Government only understands strike” is the debilitating cliché which drives salary negotiations.

However, considering the real possibility of Ghana completely running out of funds, considering the exponential growth of the population, reflecting on the high percentage of unemployed youth and employment mismatch, mindful of increasing global crises which, directly or indirectly, impact sovereign domestic administration, isn’t it time to realign the mode of protecting workers’ interests and give better attention to implications? Whilst fully supporting the rectification of a discriminatory salary scheme, and concurring Senyo Hosi’s constitutional revision advocacy for a permanent solution (July 6 , 2022), I also implore Dr Baah to revisit the TUC’s current position on IMF-employment issues.

Negotiation is possible only in a running economy, but that too is negotiated. Porous education cannot yield innovation for growth/prosperity and adaptability.

Poor skills cannot secure a sustainable job market.
Employment mismatch is a reality that inhibits gainful employment in Sub-Saharan Africa, the only solution being education/training which equips learners/trainees with 21st Century skills. Therefore, if the TUC collaborated with stakeholder training agencies for currency in skill acquisition, it would up the environment for gainful employment creation opportunities, which would spur sustainable realistic salary negotiations. Technology is sprinting concepts in education and industry in dizzying manner such that any agency that limits negotiation to
table talk risks being moribund.

The frightening implications of that state should motivate a
holistic TUC approach. Plugging the holes that precipitate teeming unemployment should commence negotiation processes. Quality education and training will better prime tradenegotiations.