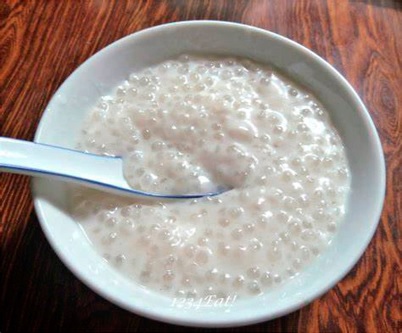 Due to its starchy and sticky nature, there is the notion that men who consume tapioca experience an increase in their sperm production

A Fertility Specialist at the Lister Hospital and Fertility Centre in Accra, Dr Edem K. Hiadzi, has disputed claims that tapioca has sperm boosting properties.

Tapioca is a starchy substance in the form of hard white grains, obtained from cassava and used in cooking puddings and other dishes.

He said due to its starchy and sticky nature, there was the misconception that men who consumed it regularly experienced an increase in their sperm production.

He said although certain food items had been proven to have sperm boosting properties, tapioca neither boosted sperms nor increased libido.

Dr Hiadzi who is also a Consultant Obstetrician/Gynaecologist cited tiger nuts as one of the foods considered an aphrodisiac and capable of increasing libido.

He explained that although research on the use of tiger nuts as an aphrodisiac in men was inconclusive, a study in male rats found improved performance and increased testosterone levels.

The study, which he said was conducted by a team of doctors to analyse the sexual behaviour of male rats, also confirmed an increase in sperm count and maintained sperm production.

He however advised that men who had fertility challenges must not resort to only meals purported to have sperm boosting practices but talk to professionals for clinical assessment.

Cause of male infertility
Dr Hiadzi said in sub-Saharan Africa, sexually transmitted diseases such as gonorrhoea and chlamydia accounted for a significant proportion of cases.

These infections, he explained, causes chronic epididymitis (an inflammation of the tube at the back of the testicle that carries sperm) and occlusion (blockage or closing of a blood vessel or hollow organ) of the vas deferens (thick-walled tube in the male reproductive system that transports sperm) leading to oligospermia (low sperm count) and azoospermia (no sperms in semen).

He said viral infections such as mumps might also affect the testes leading to infertility.

“Avoid high temperatures as this can affect sperm production and motility. Although this effect is usually temporary, avoid riding motorbikes, avoid hot tubs and steam baths. Instead, use showers and wear loose pants.”

Infertility prevention
Dr Hiadzi said over the years, the major cause of infertility in sub-saharan Africa had been pelvic infections in both male and female, therefore it is clear that a better approach in its management is to direct programmes towards prevention at various levels.

“These should consist of community education on behavioural change modification of sexual practices, effective contraception including barrier methods of contraceptive. Condoms reduce transmission of infectious organisms."

“Both men and women should practice safe sex and avoid risky behaviour that can lead to sexually transmitted diseases (STDs) such as chlamydia.”

“STDs can cause serious complications including pelvic inflammatory disease (PID), blockage of fallopian tubes, ectopic pregnancy and prostatitis, which can subsequently cause infertility,” he stated.