Many years ago, travellers on the Kumasi-Accra highway patronised it as breakfast, a sweetened boiled maize dough wrapped in leaves and eaten when it is spread, such as how the reading of the Daily Graphic newspaper is done, hence its name, “Osino Graphic”.

Osino Graphic is the street-hawking name and can be found at Osino in the Eastern Region.

Years down the line, traders complain that the business is struggling and are calling on the government and groups to offer some interventions to sustain this rural trade handed down to generations.

They mentioned the lack of a dedicated corn mill centre and the high cost of corn as some of the challenges affecting the trade saying that it is the main source of income for the majority of women in the area.

For instance, they explained that taking the maize to the mill could affect its use.

The situation, they explained, had contributed to some abandoning the trade.

“A lot of time you get to the corn mill and the operator may have worked on akple, a dish consisting of corn flour, cassava flour, water, and salt but they will never tell you. When he mills your corn, you get back home and you are unable to use it for Osino Graphic. 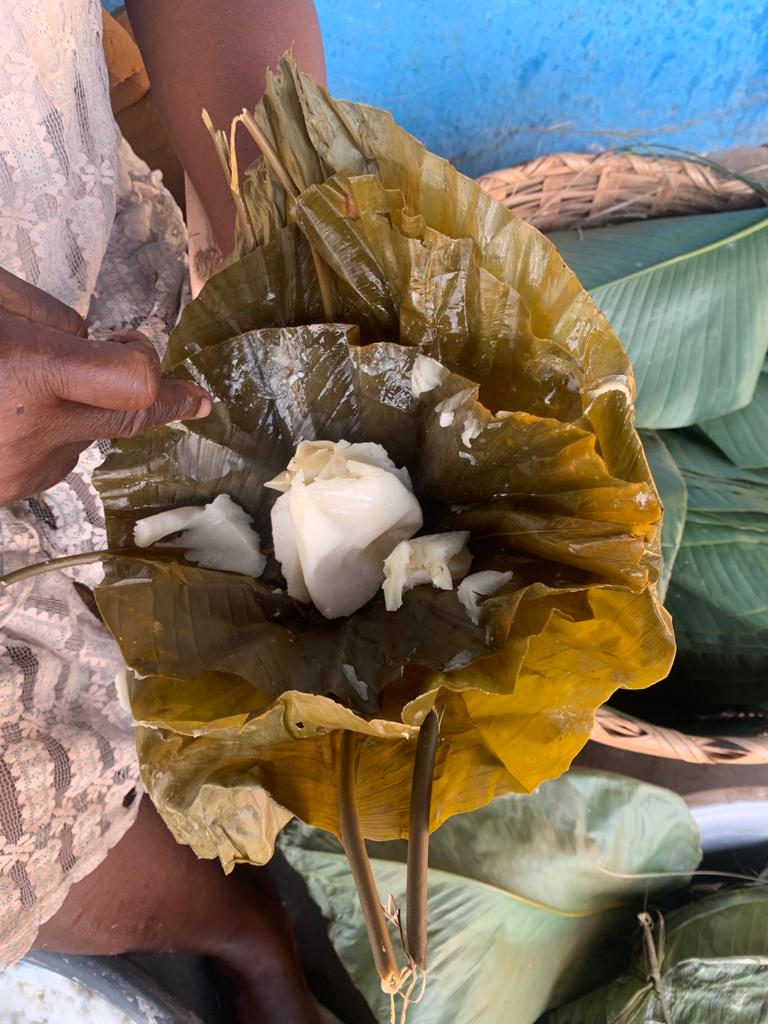 Some buyers complain of the size

“What it means is that you have to throw the dough away. Maize has become expensive too. But if we have our own corn mill dedicated solely for our business, then the trade will progress and more women will come on board,” they explained.

These traders have been in the business for over 30 years. There are those who are experts in wrapping and tying the dough in leaves for some payment, women who send it to the mill for a little fee and then there are women who send them to the roadside for sale.

The delicacy can be eaten raw or with groundnuts, soup, stew, hot pepper or in a mashed form for breakfast. One piece is now selling at GH₵3 and two pieces go for GH₵ 5.

Matriarch
In an interview with The Mirror, a "matriarch" of the Osino Graphic Association with over 30 years of experience, Madam Ataa Amoakoah, said the meal was very nutritious and the leaves used in wrapping were medicinal, making it very healthy.

Madam Ataa Amoakoah, one of the leaders of the Osino Graphic Association

She said the key ingredients were maize, sugar, wrapping leaves and sibrɛ, a tree used in tying the dough. Adding that one needed GH₵ 1,000 as capital to start the business and so it was very difficult when the maize got affected at the mill.

“Some days, by the time you get to the mill, the operator is not even there and you have to send it to another town or Anyinam. Having our own mill will be very helpful. This is what our great grandmothers did, our mothers continued and now we are also doing it, we need support,” she stated.

To ensure that traders at Osino had an even sale, she said they had divided themselves into three different groups that sell on specific days and with the caution of not selling the meal if it was three days old. 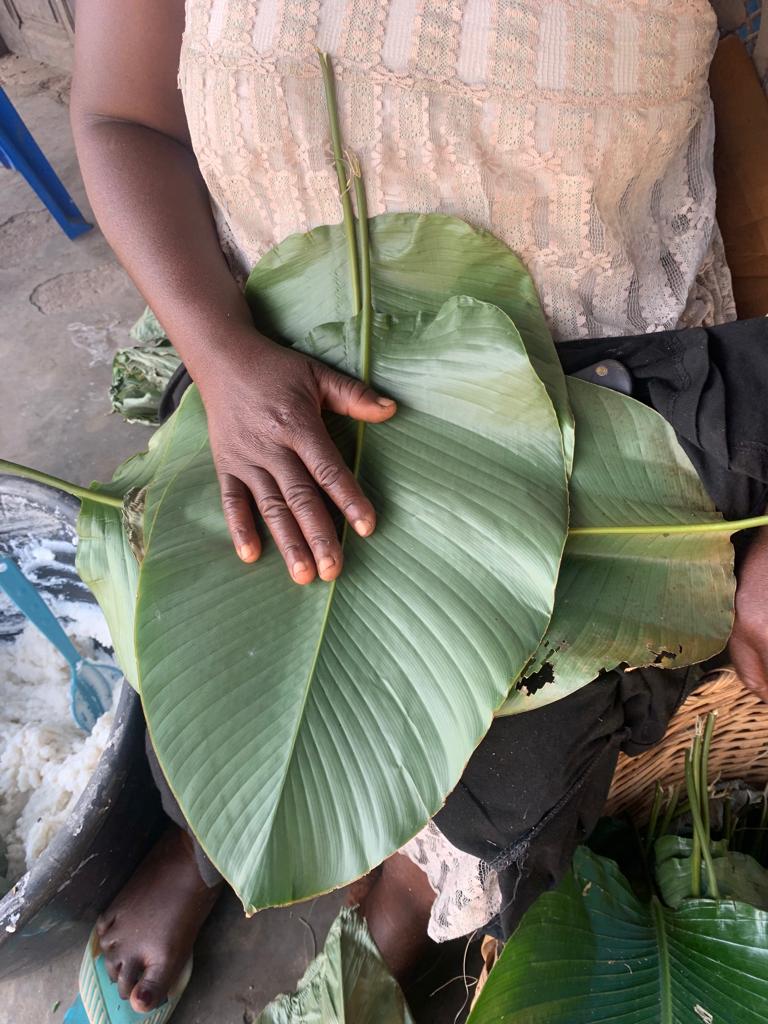 Leaves used in wrapping are medicinal

“When it is over three days, you give it out to people or you eat it at home otherwise you will be banned from doing business. There are rules,” she explained.

Comparing the business to how it was many years ago, she said “sales have changed but the business has been very helpful, you are likely to make GH₵ 200 daily.”
She commended the young women in the town for holding the fort to the point of travelling to Accra to sell daily.

Another vendor, Sister Adwoa, who has been selling for 17 years, explained that she learnt the trade from her mother-in-law.

She said the delicacy was first brought to the town from Kwahuman by their great grandparents who also taught the women.
Though the meal was prepared by almost all the towns in Kwahu, she said it was highly patronised in their town and that was why it had its setting at Osino.

Demonstrating with the leaves why it was called graphic, she explained that it was important for the government to support rural trade because “that is all we do to raise our children”.

Sister Adwoa was also one of the women who tied the delicacy for an amount of GH₵40 depending on the quantity. 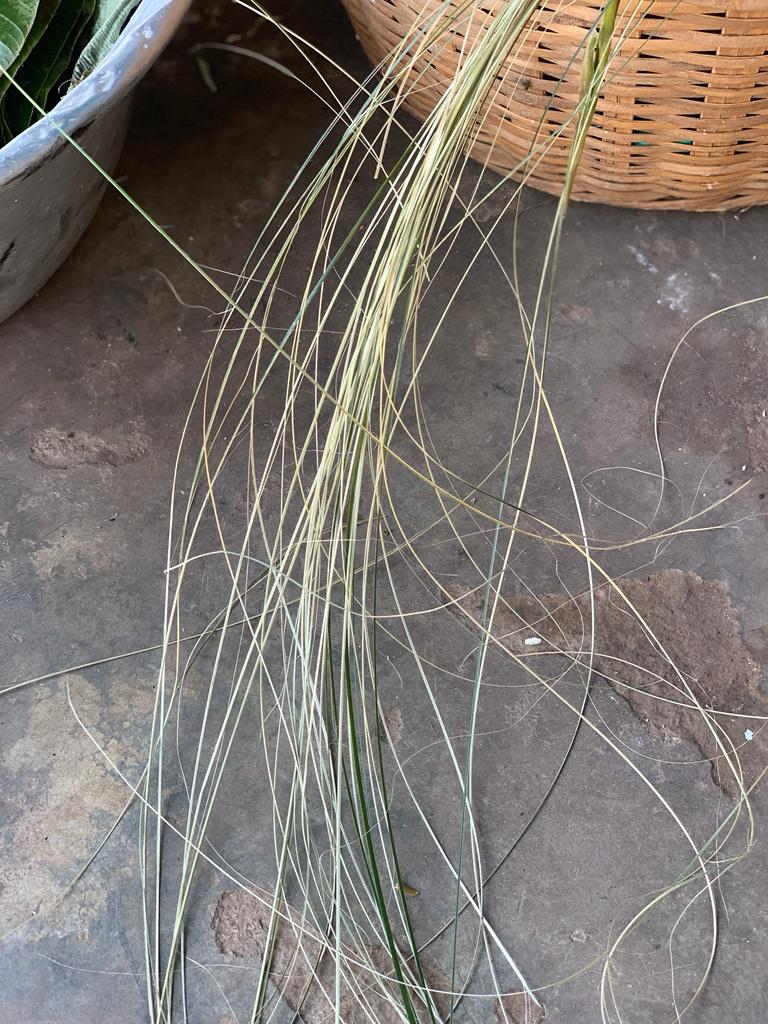 Sibr3 is a tree use in tying the dough

Maa Akua, another vendor who had sold for 12 years said her only challenge was the cost of maize which had affected the size of the ball making a ball unable to make one full.

Traders sell them on highways

She said a reduction in the cost of maize would make them increase the size of the meal.