The chiefs and people of La climaxed their Hɔmɔwɔ celebration on Wednesday, August 25, 2022, with a durbar at Kpatsoŋshi, La in Accra. 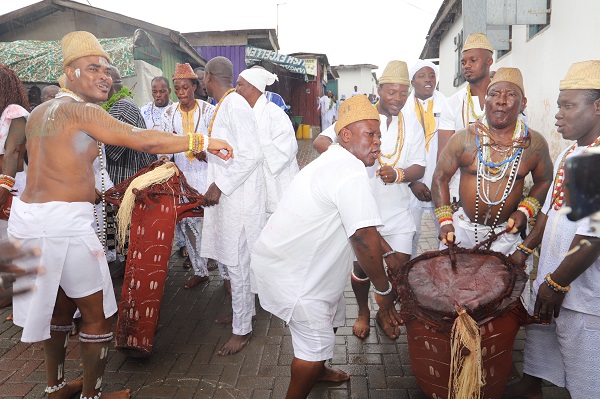 He danced to Kpa, the only music that is permitted during the festival at La as a medium of social protest and resistance among the people which also clarifies some generalisations about Hɔmɔwɔ.

In attendance at the durbar was the Greater Accra Regional Minister, Henry Quartey; the Member of Parliament (MP) of La Dadekotopon, Rita Odoley Sowah; the Municipal Chief Executive (MCE) of the La Dade-Kotopon Municipal Assembly, Reverend Solomon Kotey Nikoi and a former MP of the area, Vincent Sowah Odotei. 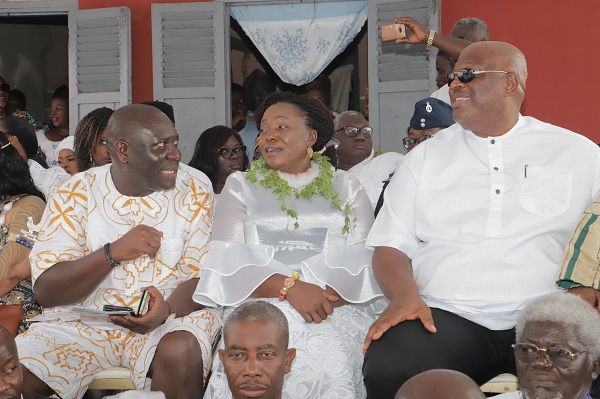 According to him, the La Hɔmɔwɔ celebration, which started in April, had showed that it was possible to celebrate the festival in peace and unity.
He also urged members of the La traditional council to be guided by the same principles of peace, unity and development in the process to enstool the next La Mantsɛ. 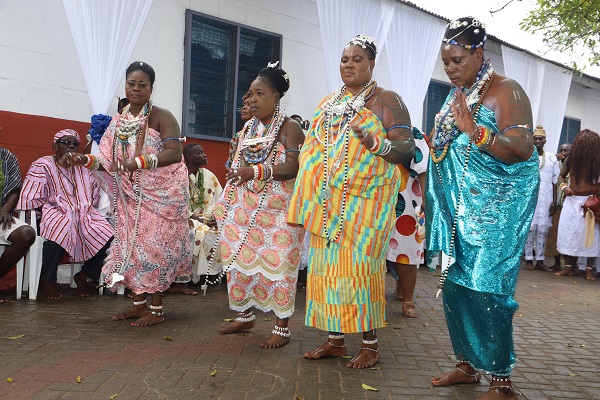 Mr Quartey further advised young people from La to learn the customs and traditions to ensure that they do not become extinct in future.

Flanked by the MP and the MCE, Mr Quartey also urged the young people of La to eschew violence in their personal lives and in politics.

He said politics was not about physical violence but a battle of ideas and ways to develop one's community.
He also extended greetings from President Nana Addo Dankwa Akufo-Addo and the First Lady, Rebecca Akufo-Addo to the people of La.

In response, the La Shikitele assured the regional minister that they will be guided by the principles of peace, unity and development in all their traditional rites and customs.
The MP for the area, Madam Sowah also urged residents of La to continue to coexist in peace and work to develop the area.

Sprinkling of Kpokpoi
Prior to that, the La Kpa Wulɔmɔ last Tuesday morning led the sprinkling of kpokpoi, the traditional corn meal and the pouring of libation to signify a return of the Hɔmɔwɔ festival to La for the first time in four years.

The chiefs and people of La had not celebrated the Hɔmɔwɔ festival since January 2019 following the death of the La Mantse, Nii Kpobi Tettey Tsuru III. 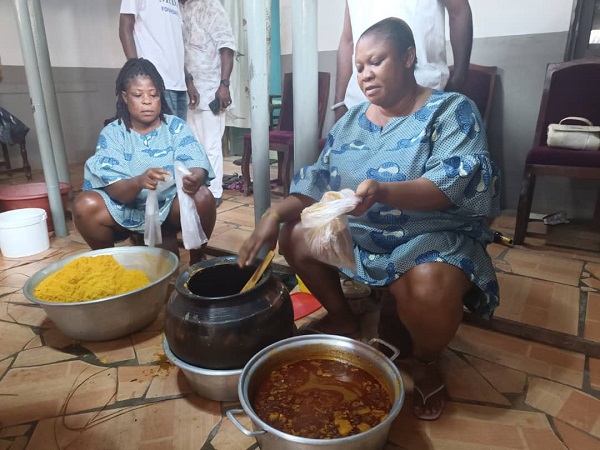 This paved the way for the Kɔgbamɔ (eating of kpokpoi) by residents of La and their friends.

Unique celebration
Speaking in an interview with The Mirror at Nii Odoi Oworsorwe alias Patapaa We in La, the Chairman of the La Hɔmɔwɔ Planning Committee, Nii Komieter George said the Kɔgbamɔ rite was part of the activities to climax the celebration which started in April. 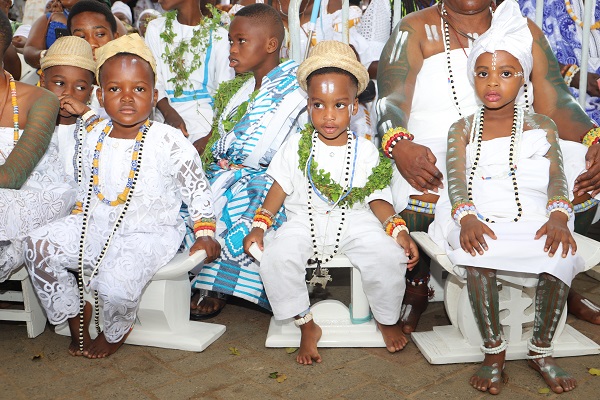 Children were not left out of the celebration

The theme for this year’s celebration was "United for Development through our culture and traditions".