Why standing during sex can cause stroke 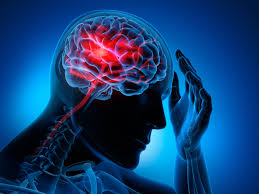 A Physiotherapist at the Korle-Bu Teaching hospital has reiterated why standing during sex cause stroke.

While acknowledging, “sex is good”, Dr Hussein Botchway, is however cautioning against certain sex positions since they had the potential of causing certain health complications such as hypertension and stroke.

He noted however that, “we need to take note of the positioning.”

“The positions that we assume during sexual intercourse can lead to the development that we are talking about,” he said in a radio interview with Accra-based Joy FM on Thursday during a discussion on hypertension and stroke.

“Like if we do standing, the blood now has to move against gravity and it has rippling effect on the pressure on the heart. The standing position is not recommended.”

Corroborating, Dr Botchway’s point, the Chief Executive Officer of Medicas Hospital, Dr. Yaw Osafo, explained that “during orgasm, your blood pressure can rise by as much as 20 points. So, if your starting point is not right, we’ve all heard stories where individuals have collapsed in a room. We don’t know what happened in the room but we can guess.

“This is simply because your blood pressure can go up by as much as 20 points during orgasm, so make sure that you’re starting right. So sex is not entirely safe. You have to do it under advice,” he said.