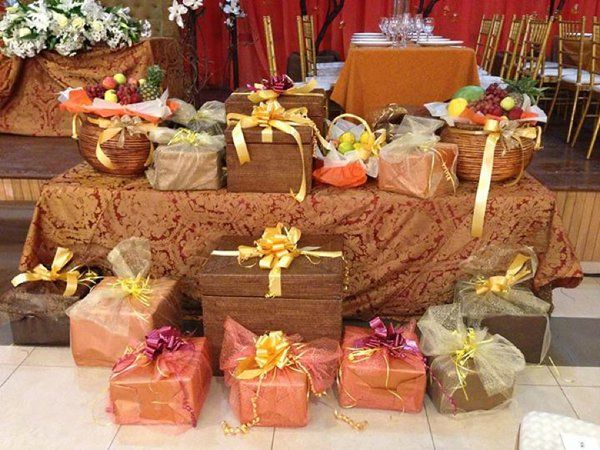 A marriage counsellor and relationship expert, Dr John Boakye, has advised families of would-be brides to reduce the bride price and list of items requested from grooms during marriages.

He explained that times were hard and cost of items such as wax prints, drinks, slippers, livestock, rings and other items had skyrocketed, hence families with young people planning to marry must be considerate.

He said the dowry, which was cash presented by the groom, must be adjusted so as not to deter young men from getting married.

He explained that in the Akan setting for instance, those items requested were of cultural significance and should not be a means of enriching one’s family.

The would-be couples, he added, must be advised to rather hold on to their savings for future emergencies after marriage and both families must cater for some of the costs during the ceremony.

Dr Boakye also advised that would-be couples should stay within their means when planning their weddings.

He said there had been instances where couples had been saddled with debts months after their weddings because they “bit more than they could chew”.

“Luxury weddings or destination weddings are beautiful and if you can afford them, great, but don’t try to impress people when you don’t have the means. The success of a marriage does not depend on how huge the wedding is, but on the commitment of two people to make it work,” he said.

Wedding season
Aside from the Christmas festivities and other end-of-year events in Ghana, one of the highlights of December is weddings. December is the unofficial wedding season and the “cocoa season” for wedding and event vendors.

According to event planners, couples chose December for their weddings as it was a period when family members abroad and other places returned home to celebrate, hence choosing a date in December helped cut down cost.

This December is no different as already, some wedding invitations have started popping up. The difference, however, is that most vendors, particularly those who had received payment for services months earlier, are struggling to stick to the original budget.

According to Bryan Techie-Menson, the Team Lead at WhiteChalk, a luxury events company, food, dessert and cake vendors were the hardest hit as most of them had to top up to fulfil contracts agreed on with clients.

He explained that long before December, clients made payments for venues, rentals, food and other key services, and so the spike in cost of goods and services had affected budgets of those vendors.

“All these vendors have their rates and if a client pays you for a particular service, he or she expects you to deliver irrespective of the inflation or other factors. Some of the items needed for décor, backdrops and setup may have been bought or paid for if the vendor is renting, but with the caterers especially, they shop when it’s getting close to the date as they can’t keep meat, fish and other ingredients for months. If someone paid for a meal at GH¢300 per head in August, that GH¢300 can’t get you the same meal today,” he explained.

He said for other vendors such as stylists, cost of items used had skyrocketed and so “if you have to buy new pieces, you are likely to top up”.

For instance, Tango, a fabric used for decoration, originally sold at GH¢120 per yard but was now selling at GH¢240.

“Recently, I jokingly told a client that looking at how things are going he should try and top up, but he said he had already budgeted and paid for the service so there was no way he could add more. A few people, however, out of their will are able to sort the caterers out to cover some of the cost. For clients who can’t top up, you have no option than to deliver because you have already agreed to their terms,” Mr Techie-Menson said.

Other costs such as transportation have also doubled or tripled and vendors have to cover the difference in cost of transporting event logistics to and from venues.

Adjusting to stay afloat
Mr Techie-Menson said for most vendors, their aim was to at least break even to keep their businesses running till the situation normalised.
He said it was time for vendors to be creative and use other less expensive items without compromising on the output.

“This is the time to use the contacts and relationships you have built in space; we must help one another survive this season. So if I have to buy an item for a client and a colleague has it, I can rent it and cut down the cost. If you have a good relationship, you can get some items at discounted rates from others in the industry,” he explained.

He advised that going forward, vendors must add clauses that allow for adjustment in prices when there is inflation; that way, vendors do not incur losses.

Maame Nyarkoa, who is getting married at the end of the month, admitted that she and her husband-to-be had to review their budget as prices kept increasing.

She said they had pencilled a specific amount to cover the ceremonies (engagement, wedding and reception) but had to top up as the day draws closer.

She said although they had a miscellaneous component in their budget, it could not cover for the unexpected hike in some prices.

“I had already paid my makeup artist but we agreed that I buy my own products which I budgeted for. Two weeks ago when I was ready to buy them, I was shocked at the difference. With the exception of decor, dresses and drinks which we paid for fully three months ago, we have had to top up with close to 100 per cent of our initial budget. We have decided to do a reception at the engagement and takeaway packs only at the wedding. That way, we will be able to cut out the cost of rentals and décor at the wedding reception,” she said.