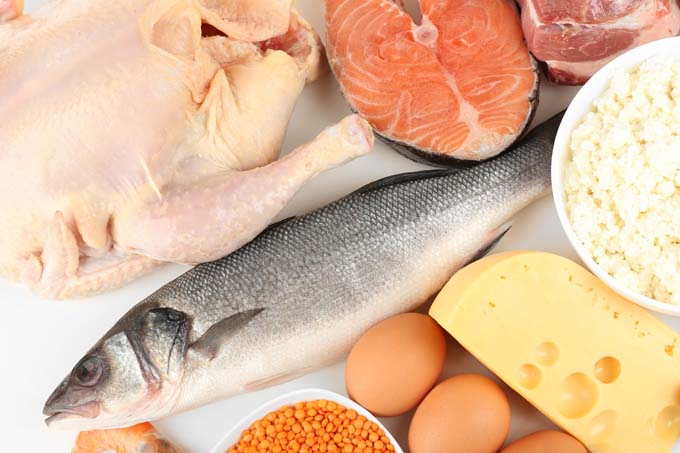 The President of the Vegetarian Association of Ghana, Mr Kolawole Braimah, says it is time for Ghanaians to cut down on meat and other dairy products, especially in these times when food prices keep increasing.

According to Mr Braimah, by default, some people would eliminate meat or fish to save money but they should be intentional to add more fruits, vegetables and other sources of protein so they get a complete diet.

He said cutting down on those food items (meat and fish) would not only reduce the amount of money spent but also contribute to the overall health of people.

Mr Braimah, who was speaking in an interview with The Mirror ahead of World Meatless Day which falls on Friday, November 25, said there were many misconceptions that vegetarian diets were more expensive due to the high price of some meat replacements such as tofu and mushrooms.

He explained that mushrooms, like most vegetables and food items, were seasonal, and so naturally, they were expensive when out of season. Tofu, also known as bean curd in English and prepared by coagulating soy milk, was also highly priced in shops; however, it was cheaper to prepare at home.

He said in these times, Ghanaians must take advantage of “DIY” (Do it yourself) methods to cut down cost, explaining that, “Tofu is expensive when you buy it from a shop but when you do it at home, you can get soya bean milk and also get your tofu in bulk.”


Mr Braimah said people also complained that the prices of fruits and vegetables were expensive, but most people left them to rot in fridges and only consumed a little.

“People buy carrots, cabbages and other vegetables with the intention of chopping them in chunks into soups or consuming them raw, but they forget the vegetables and usually throw most of them away after they have gone bad. Also, most people do not know how to prepare tasty meals without meat, fish or chicken and so have become reliant on them. If you compare the cost of these proteins to beans or vegetables, you will realise you spend more on the former,” he said.

He said the focus was not on classifying people as “vegetarians”, “vegans”, “raw vegans” and with other tags but to promote healthy eating and the importance of cutting down on meat and other animal-based products.

The association, he said, offered support to people irrespective of their “tags”. On their platforms, they provide simple and easy ways to prepare recipes using ingredients available on the Ghanaian market.

The aim is to make the lifestyle simple and less complicated for people. He cited gari and beans known as “gobe” or “red red” and roast plantain (Kofi brokeman) as some common Ghanaian meals without any animal-based ingredients.

Mr Braimah said for instance, apart from chunky vegetables used in replacing meat in soups, cooked beans could also be used as a substitute, saying, “Some people see this lifestyle as foreign or difficult to live because they don’t know the options available and that is what we want to support them do as a group. On our platforms, people put different resources, recipes and meals that can be paired. There is information on shopping lists and where to get some plant-based foods at good prices. It is a non-judgemental group with a focus on supporting one another to live a healthy life. For people who can afford the services of chefs, there are a number of them to help you prepare your meals in bulk.”

Benefits of eating plant-based meals
Mr Braimah said activities such as “meatless Monday”, an international campaign that encouraged people not to eat meat on Mondays to improve their health and the health of the planet, was a way of encouraging people to cut down on meat.

He said many studies had shown that eating plant-based meals could offer a number of health benefits, including reducing the risks of some cancers and cardiovascular diseases, as well as countless stories from people who had introduced more plant-based meals to their diets.

He said most “lifestyle ailments” such as obesity, diabetes and hypertension could be prevented or better managed by consuming a good balance of plant-based meals.

Vegfest 2022
On Friday, November 25 and Saturday, November 26, the Vegetarian Association of Ghana will host a free-for-all festival at Christ The King International at Cantonments, Accra.

There will be talks and panel discussions to share key concepts about healthy lifestyles, plant-based nutrition, building immunity, animal rights advocacy and an eco-friendly environment.