Law on surrogacy, sperm donation in the offing 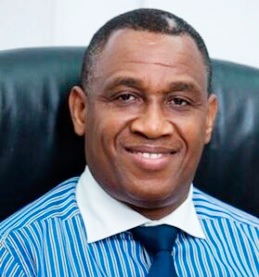 A legal document that will guide surrogacy, gamete (sperm and egg) donation and other Assisted Reproductive Technology (ART) is in the offing.

According to the President of the Fertility Society of Ghana, Dr Edem K. Hiadzi, the society at its recent annual webinar and general meeting worked on a document that would be presented to Parliament after final consultation with a stakeholder group.

The proposed bill, when approved, will regulate the activities of fertility centres and agents running such services across the country.

He said although there were presently a number of facilities assisting people with fertility issues, their activities were not regulated leading to some unorthodox practices being carried out.

Dr Hiadzi, who spoke to The Mirror last Wednesday in Accra, said he hoped the regulation would protect couples, surrogates, donors, agents, health professionals and the facilities offering them.

“Fertility is a very delicate issue and in Ghana if after marriage, a couple do not have children, they become the topic of discussion in society. This puts them in conditions that make them desperate for solutions. It is during these periods that they open up to different suggestions and treatment options. In their effort to seek solutions to their problems, some unscrupulous people take advantage of their condition to swindle them,” he explained.

Assisted Reproductive Technology
ART are treatments and procedures that aim at achieving pregnancy.

These complex procedures may be an option for people who have already gone through various infertility treatment options but who still have not achieved pregnancy.

Ovarian stimulation with timed intercourse is one of the simplest and least invasive fertility treatments available.

The aim is to stimulate at least two large follicles followed by a trigger injection to ovulate.

The couple is then advised to have intercourse three to four days afterwards.

Intrauterine insemination (IUI) is a procedure that places sperm past the cervix and in a woman’s uterus around the time of ovulation.

This makes the passage to the fallopian tubes much shorter, and there is a better chance that more sperms will encounter the egg.

The goal of this procedure is to improve a woman’s chance of getting pregnant.

According to him, in vitro fertilisation (IVF) is a complex series of procedures used to help with fertility or prevent genetic problems and assist with the conception of a child.

During IVF, mature eggs are collected (retrieved) from ovaries and fertilised by sperm in a lab.

Then the fertilised egg (embryo) or eggs (embryos) are transferred to a uterus.

"Intracytoplasmic sperm injection (ICSI) is an in vitro fertilisation procedure in which a single sperm is injected directly into an egg using an extremely thin glass needle. The sperm can be collected from an ejaculation, the epididymis, or the testis."

He explained further that gamete and embryo donation is using eggs, sperm, or embryos from someone else in order to help an intended parent(s) have a child.

According to Dr Hiadzi, “these methods are tertiary infertility preventive methods usually used by the affluent since they don’t come cheap.”

Booming business
Enquiries in some fertility facilities revealed couples seeking such ART methods could pay between GH¢60,000 to GH¢100,000 depending on the type of treatment and facility.

Some of these clinics offer instalment plans and accept between 50 and 75 per cent payment before the process begins.

There are also reports of individuals who act as agents between couples and surrogate or gamete donors charging huge amounts.

A young lady, who spoke to The Mirror on condition of anonymity, confirmed that she was contacted by a middle-aged lady who promised her GH¢10,000 and a home-used Kia Picanto if she could donate her eggs.

“She promised to pay the GH¢10,000 before the procedure and then when everything was over, she will then offer me the car. It sounded attractive but I also feared there could be future complications so I declined,” she said.

The level-300 university student said she had heard rumours of some of her female friends donating their eggs for monetary rewards.

‘Seek early treatment’
Dr Hiadzi advised that in some cases people who had fertility challenges resorted to other treatment methods and only visited the hospital when their conditions worsened.

He said in most cases, the cause of infertility could be addressed if it was diagnosed early.

“Early recognition and aggressive treatment of sexually transmitted infections and prompt treatment of post-abortal and puerperal sepsis are important to prevent future infertility. Go to a health facility when you suspect any pelvic infection. Do not self-medicate. Where infertility is irreversible the couple should be counselled to accept their fate and consider options of adoption or fostering.”