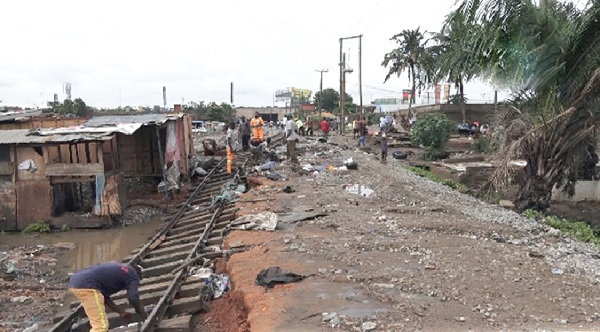 Some people find themselves abusing alcohol or drugs and end up with life-threatening situations.

There are others who have lost their lives due to such addictions.

In many instances, coming out of an addiction does not come on a silver platter as most experience what is known as “cold turkey,” an abrupt cessation of substance dependence and the resulting unpleasant experience, as opposed to gradually easing the process through reduction over time or by using replacement medication.

The Journal of Addiction Research and Therapy estimates that 200 million people take illicit drugs every year, which translates into one in 20 people aged 15 to 64 years taking an illicit drug, while 25 million are regarded as drug addicts and at least 15.3 million with drug use disorders.

Victims at Chosen Rehab
The story of some drug and alcohol addicts who are recovering at the Chosen Rehab Centre at Achimota, Accra, is one that encourages those caught in the web of addiction to come out of the bondage.

Numbering about 80, the victims are provided medical and rehabilitation programmes that facilitate their quick recovery to ‘normalcy’ while at the centre.

The centre was established by Apostles Abena and Cobi Gbingor Washington and has branches at Dodowa, Darkuman and Achimota, all in the Greater Accra Region.

It is a non-profit faith-based organisation that provides free boarding facilities, food, clothing and medical support to rehabilitate drug addicts, alcoholics, street children, prostitutes and the homeless.
Some of the people undergoing the programmes are pastors, marketers, business owners, academics and experts from different fields.

This week, The Mirror shares the experiences of some of these victims.

Many of them could not believe how their lives were almost turned upside down, but for the rehabilitation programmes.

One of them was the Founder and leader of the True Worshipers Chapel International, located at La Apapa in Accra, Prophet Kelvin Moses Boateng. 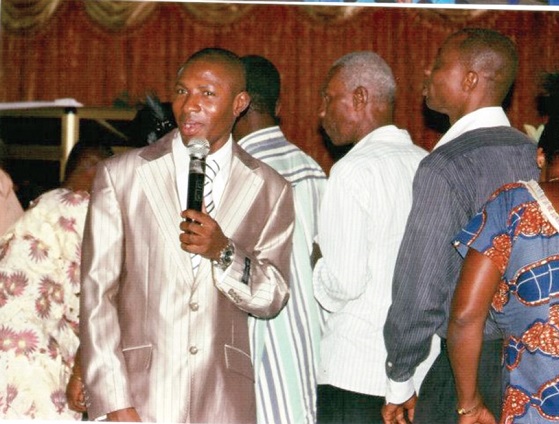 According to the 46-year-old, he was brought to the centre due to alcohol addiction after several attempts made by friends and family members to stop him from drinking failed.

He said he started drinking in 2011, that is 10 years after establishing his church with over 400 members.

“I got to know at a funeral that some pastors I revered so much were drinking, so it was normal. Little did I know that it could land me into big trouble. When I started drinking, I could take about half a gallon a day without eating. I have lost many of my members, family and properties.

“My two daughters and wife have all deserted me as a result. At a point, I tried poisoning myself three times, but it all failed. But four months after being here, I have been taken through counselling, medical care and prayers, and I feel better to go back to do my work,” he said.

Addiction at tender age
Mr Ebenezer Appiagyei Bosompem, 45, is an old student of the Ghana Secondary Technical School (GSTS) in Takoradi in the Western Region and holds a Bachelor of Arts in Business Administration from the University of London in the United Kingdom.

He told The Mirror that he started drinking at the age of 14 years, but after many years, Mr Bosompem realised that he had become an addict.

He had been working as a salesperson for a multinational company and had been married for seven years with two children in the United States of America (USA).

He only found himself at the centre when he came to Ghana last year on a visit.

“Many attempts have been made, including taking me to the Accra Psychiatric Hospital for detoxification, but nothing changed until a friend brought me to the Chosen Rehab Centre last year."

“In this journey, if you don’t add the spiritual aspect to it through constant prayers and fasting, you’ll fail, and that is what we are getting here apart from the medical care. I want to appeal to the public to assist the centre with money and food items because we are not charged anything,” he said.

Another person at the centre was Mr Emmanuel Mensah.

He said he started drinking alcohol, smoking 'wee' and doing cocaine at the age of 20.

He is now 54 years, but regrets his actions, especially the pain he had caused his family and loved ones.

An Agriculturist and old student of Mfantsipim School in Cape Coast in the Central Region, Mr Mensah said he wished he could turn back the hands of time.

“I went into cold turkey at a point such that I had to go to the street to beg for alms to be able to get money to buy hard drugs after selling much of my properties. I was from a wealthy family and also made a lot of money for myself, but all went into drugs and alcoholism," he explained.

He said he used to work with the Accra Metropolitan Assembly taskforce for many years but had to be relieved of his post due to drinking and smoking.

He said all that he needed now was a job that would keep him busy after he leaves the centre in order not to go back to his old life.

Mr Henry Boateng, who has been on remand on two occasions due to drug addiction and stealing, said he was glad he was brought to the centre because he could see improvement in his life after roaming different ghettos in Accra and Kumasi to smoke and drink.

Vision
All the victims at the centre said they had a mission to change those who were like they used to be in the ghettos.

A former police sergeant who also left the Ghana Police Service due to drug addiction, Mr Norbert Deh, said his vision was to preach the word of God to people to change their ways.

“Now I am into full-time evangelism, and there is no going back and no stopping,” Mr Deh said.

“I want to leave here and go and preach to those within La, a suburb of Accra, and its environs to put a stop to any bad practices they are engaged in,” another patient said.

Apostle Washington who is passionate about getting such addicts from the streets appealed to the public for support to be able to care for more destitute.