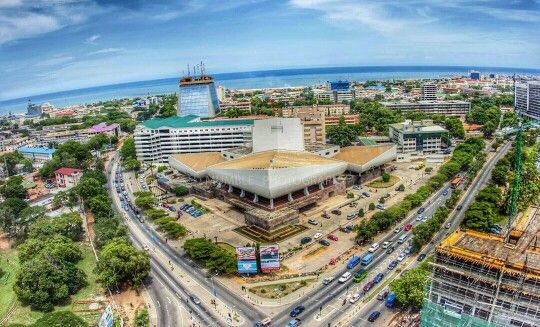 Its Year of Return initiative in 2019 targeted international visitors of African descent and Ghana in West Africa is continuing to bank on diaspora tourism with its new campaign, Beyond the Return. Follow @Graphicgh

A comprehensive marketing budget for a destination such as Ghana is so big that it discourages our authorities from taking bold steps. It is thus a windfall when unexpectedly an endorsement comes from very credible sources.

Global Cable News Network (CNN) has listed Egypt and Ghana among the list of the choice tourism places to visit in 2021.

An assembly of mostly blockbuster destinations that they think are going to be high on tourists’ travel wish lists. I must warn though that some of these destinations may remain off limits for some time to come and that embarking on a trip right away may not be advisable.

These are the solid-gold vacation hits that everyone needs right now. But before we get to Ghana, and what they said about us, lets learn about all these other places.

Antarctica
Let's start with this mysterious place. With the cancellation of the 2020-2021 Antarctic cruise season, there is a lot of pent-up desire to make these big travel dreams come true.
Antarctica is one of the most remote destinations on the planet; it is not an easy (or affordable) endeavour under the best circumstances.

Perhaps the difficulty is part of the allure — the seventh continent remains on the top of many travellers’ wish lists. The striking white desert, with its dramatic, snowy peaks and vibrant turquoise waters, as well its exotic wildlife, including Emperor penguins and Weddell seals, is truly a once-in-a-lifetime experience. Do you wanna go?

Nightlife seekers will find vibrant club scenes in Montreal, Toronto and Vancouver, though smaller cities Edmonton and Calgary know how to play too.
The laid-back visitor has a bevy of chill choices, among them Tofino, Canada’s original hippie destination; Kelowna, a picturesque lakeside wine country; and St John’s, one of the country’s friendliest places.

Dubai
While vacation planning for 2021 can seem like a wild roll of the dice, a trip to Dubai is a safer bet than most. The glitziest of the United Arab Emirates is currently welcoming almost all global travellers and, with the emirate embracing thorough safety checks and protocols, you can enjoy relative peace of mind while you’re there too.

The long-awaited Expo 2020 Dubai has been rescheduled for October 2021 through March 2022. Also expected next year is the opening of the grandly named Museum of the Future, the calligraphy-adorned facade of which is already an impressive new landmark in a city known for its buildings with a wow factor.

Egypt
Egypt’s supply of ancient wonders is seemingly limitless, and 2021 may be just the year to show them all off to a world starved for cultural discovery.

Many of Egypt’s most celebrated artifacts are finally expected to get a gleaming new home this year at the Grand Egyptian Museum (GEM) close to the site of the Pyramids of Giza.
While the opening date has not been set, the long-delayed museum is sure to be a huge draw.

A headliner: King Tutankhamun’s treasures will all be exhibited together for the first time.
A number of sarcophagi from Saqqara — newly discovered in 2020 — will be transferred to the GEM, as will wooden coffins found in Luxor in 2019.

France
The bistros, boulangeries, patisseries and fromageries (I forgot the croissant!) are reason enough to hotfoot it to France when the world starts moving in earnest.

And the rest of the things that drew nearly 90 million visitors to France in 2019 will start coming to life again too: world-class art exhibitions, elegant chateaux, towering cathedrals, medieval villages, glamorous stretches of coast and endless tangles of wine-producing vines.

For a regal, live-it-up kind of stay, Le Grand Contrôle — a historic hotel in the heart of the Château de Versailles with an Alain Ducasse restaurant and indoor swimming pool — is set to open to guests in 2021. — Marnie Hunter

Greece
If we do make it back to normality in 2021, Greece will have more reason than most to celebrate. This country is marking its 200th birthday.

The official anniversary of when an 1821 revolution sparked a war of independence against the Ottoman Empire is in February to March, but parties and events to mark the bicentennial are expected — COVID-19 permitting — throughout the year.

The charming port of Nafplio, in the Peloponnese region southwest of Athens, is as good a place as any to join in the celebrations - it was modern Greece’s first capital.

While a slow return to normal might make previously over-visited places such as Santorini worth a look in 2021, there’s no loss in playing it safe with a quieter option, like the island of Milos in the Cyclades — a plane or ferry hop from Athens.
This volcanic playground has a beach for every day of the month, with more than a few to spare.

Grenada
While Grenada’s nickname comes from its famous nutmeg industry, the “Isle of Spice” is packed with flavour in every way possible.

Italy: Nothing can dim Italy’s attraction and as restrictions ease, this will be a time to see it at its best. Pre-pandemic, Italy’s art cities were notorious epicentres of ‘over tourism’ (we have discussed this concept here before).

But with visitor numbers not expected to return to 2019 levels for several years, for those who can make it safely, 2021 will afford the chance to see the Bel Paese in a way that hasn’t been possible for decades. What’s more, the best-known cities are trying to change tourism for the better.

Japan: Though every tourism-dependent nation is certainly deserving of sympathy going into 2021, one can’t help but feel particularly moved by the plight of Japan. This is a country that hustled hard to ready itself for the 2020 Olympic Summer Games only to cancel the event just as it was ready to showcase those efforts to the world.

The postponed Olympic Games will kick off in Tokyo on July 23, 2021, giving travellers a chance to see some of the huge changes that have taken place along with all the reasons we fell in love with the country in the first place. The food, the people, the culture … Japan has a way of embedding itself into your soul.

Ghana (Yaaaay!!!): Its Year of Return initiative in 2019 targeted international visitors of African descent and Ghana in West Africa is continuing to bank on diaspora tourism with its new campaign, Beyond the Return.

Adventurers can catch waves at deserted beaches at Cape Three Points, one of West Africa’s best-surfing spots and may spot some humpback whales too. The Mole National Park is Ghana’s largest wildlife refuge and is where you can see Nolan warthogs and spotted hyenas and get close to ambling elephants. 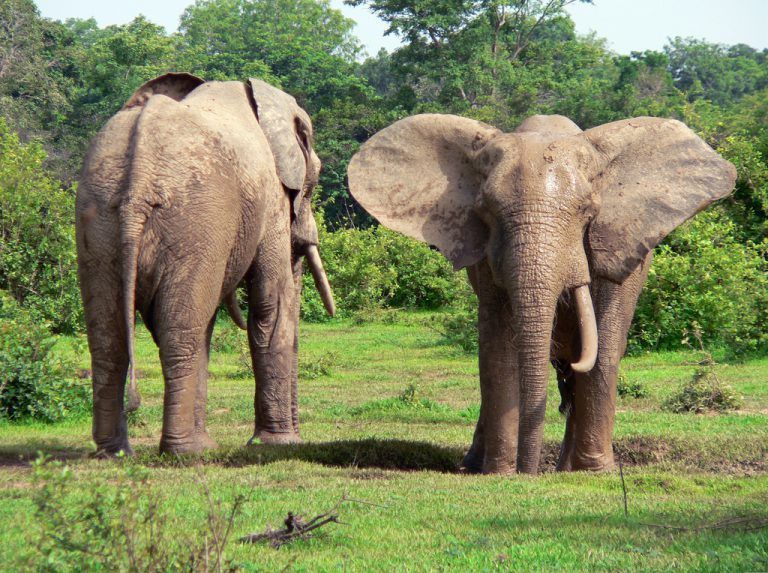 Maldives: White sand beaches? Check. World-class dining? Yep. Incredible swimming, sailing and scuba diving? Got those too. Throughout the pandemic, Maldives has also managed to keep its borders open more than most thanks to the built-in social distancing offered by its luxurious resorts.

Next year will also mark a world’s first country-wide loyalty programme: The Maldives Border Miles programme will allow visitors to earn points based on how often they visit and how long they stay. After all, the only thing better than visiting is visiting twice.

Mexico
Air travel into and out of Mexico never really stopped, owing to the country’s limited COVID-related travel requirements, plus its natural beauty, breathtaking coastlines and a wide swath of relatively under-tourist locations beyond hotspots such as Puerto Vallarta, Cancun and Cabo San Lucas.

Mexico City will be celebrating its quincentennial, commemorating its founding 500 years ago with most festivities planned in September to coincide with Mexican Independence Day. Later in the fall, Formula 1 racing fans can attend the 2021 Mexico City Grand Prix on October 29-31 at the Autódromo Hermanos Rodríguez.

New Zealand
“Otherworldly” — a term often applied to New Zealand’s eye-popping, Hobbit-friendly landscapes — has taken on new meaning when it comes to this South Pacific jewel. While its borders are closed to most travellers at present, we expect a lot of pent-up demand from people in all corners of the world salivating.

Who doesn’t need a bit of forest therapy in Waiheke right now? Or some star-gazing on Stewart Island? The world is still wide and wonderful and this country serves nature upon a heaping platter with rich ties to local Māori culture and history. — Marnie Hunter

New York City
Start spreading the news, reports of New York City’s “demise” have been grossly xaggerated. While the city has no doubt been adversely affected (what place hasn’t?) over the last year, the city that never sleeps has high hopes for a better 2021. 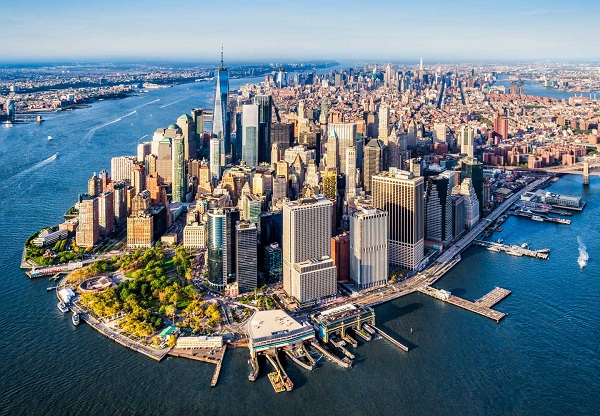 One of the best views of lower Manhattan can be seen while strolling across the Brooklyn Bridge and New York City’s waterfront and parks are always there for you to explore.Some seminal cultural institutions such as the Metropolitan Museum of Art can be experienced with timed-ticketing — and without the usual crowds.

Singapore: Most travellers don’t want to spend any more time in an airport than they have to. But Singapore’s Changi is no ordinary airport. While the rest of the world was hunkering down at home, Singaporean locals were paying to hang out at Changi, whether it was co-working in one of the lounges alongside the world’s tallest indoor waterfall at the Changi Jewel, which opened in 2019.

The new year is a chance to fall back in love with travel and a visit to Lion City should rekindle that romance.

Spain: Spain, with its miles of picturesque sandy coastline and vibrant historic cities have always been an unmissable travel destination. Barcelona’s Las Ramblas may have been emptier than usual this year, while the party ground to a halt in the beach bars of the Balearic Islands but Spain’s tourism hotspots are preparing to wow visitors once again.

Secluded bays, a plethora of wildlife and sumptuous Mediterranean meals enjoyed al fresco will be the top attractions for visitors when they return.

Thailand: For more than a century, Thailand has woven its spell on the masses with its glittering temples, fiery food, stunning beaches and mountainous landscapes. The country has been heavily promoting domestic tourism in recent months, meaning there’s been no shortage of new hotel and restaurant openings — particularly in the capital, Bangkok.

United Kingdom: “Plague Island” isn’t likely to be top of anyone’s travel hot list but let’s try to see past the unfortunate sobriquet applied to Great Britain by The New York Times after a new strain of virus led to many countries severing travel connections with the UK.

The UK’s recent Brexit from the EU will see the country’s tourism sector happier than ever to see foreign visitors, particularly given that those arriving from Europe may face more bureaucracy than before to travel here.

Uruguay: As neighbours, Brazil and Argentina have struggled to contain the pandemic, laid-back little Uruguay has kept infection rates down — and as South America starts reopening for travel, that will serve it well.

New to Uruguay this year? You’ll be blown away by its Atlantic coastline with some of the most pristine beaches you’ll ever have seen — and a superb variety of accommodation, from beachside glamping to lagoon-floating cabins, chi-chi country retreats and architecturally cutting edge bungalows, plonked in the middle of a vineyard.