Can you report assault, battery for spiritual stamina? 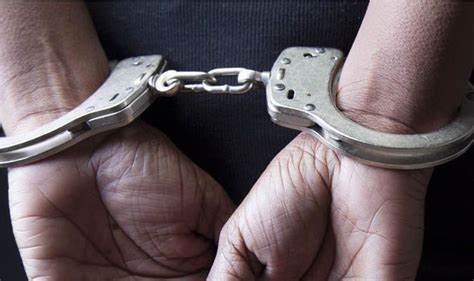 Dear Mirror Lawyer, Spiritualists who claim to possess powers and can fortify people against accidents, criminal detection and poverty demand that their clients submit themselves to assault and battery to give them the needed spiritual stamina. Can this battering be lawful?

Dear Nana, The Constitution of the country guarantees citizens certain rights which are necessary to enable them to live a peaceful life in the society.

Embedded within these rights are laws which are necessary in a democratic society and which the citizens are expected to comply with.

While you may believe in the activities of a spiritualist as a form of religion, the worship and practices of the religion must not conflict with any of the laws of the State.

Further, two persons in the name of freedom cannot agree to act in a way and manner such that their activities offend the criminal laws of the State.

"If an act is unlawful in the sense of being in itself a criminal act, it is plain that it cannot be rendered lawful because the person to whose detriment it is done consents to it.

“No person can license another to commit a crime. So far as the criminal law is concerned, therefore, where the act charged is in itself unlawful, it can never be necessary for the prosecution to prove absence of consent on the part of the party wronged in order to obtain the conviction of the wrongdoer.

“There are, however, many acts in themselves harmless and lawful which become unlawful only if they are done without the consent of the person affected, and in such a case the onus of negativing consent is on the prosecution. Consent, being a state of mind, is to be proved or negated only after a full and careful review of the behaviour of the person who is alleged to have consented."

In the Ghanaian case of COMFORT AND ANOTHER vs THE REPUBLIC [1974] 2 GLR 1-5, P.A. and A.F. attended a spiritualist meeting in order that A.F. might be exorcised of evil spirits. The prophetess fell into a trance in the course of exorcising the spirits and had no recollection of what happened.

Evidence led at the trial revealed that A.F. stood naked before the assembled group and made no protest when the prophetess hit her with a stick. There was further evidence, corroborated by two defence witnesses, that P.A. hit the second appellant with a stick, although P.A. swore that the reverse was the truth.

The trial magistrate, without giving reasons, convicted both appellants of assault and battery. On appeal, the appellate court held that:

“She willingly submitted herself to stand in the nude before the crowd. The second prosecution witness herself offered no resistance when, in the process of casting away the evil spirit, the first appellant had to hit her with the stick. If the second prosecution witness had any objection to raise, the only sensible thing she could have done was to have withdrawn herself away from the meeting.

By section 86 (1) of the Criminal Code, 1960 (Act 29), a person commits an assault and battery when, essentially, there does not exist the other person's consent. Consent, therefore, generally negatives any offence of assault.

I say "generally" because I concede that the victim's consent cannot be a defence for an assault if the blows inflicted are, in the opinion of the court, likely to cause bodily harm.

"Bodily harm", of course, includes any hurt or injury calculated to interfere with the health or comfort of the victim, and although it need not be permanent, it must be more than merely transient and trifling.

Further, in the case of AGYEMANG vs THE REPUBLIC (NO. 2) [1974] 2 GLR 398, it was held that where a person who sought to justify the use of force to prevent the commission of a crime was himself involved in the crime, he could not be invested with the cloak of the innocent victim of a crime either actual or threatened which he was justified in terminating by the use of force.

Putting an end to a verbal altercation by the use of force could not be considered as one of the circumstances in which force could be justified on the ground of need to prevent crime.

The conclusion may be stated as follows. A person may consent to harmless minor blows to be inflicted on him for one reason or another and that will be perfectly permissible under the laws of Ghana.

But if consent is given and the person administering the blow acts beyond what a reasonable man will do such as to inflict grievous bodily injuries, he cannot come under the defence of consent, for by doing so he would have acted contrary to the laws of the land.