Can I stop a shop from using my brand to promote sales? 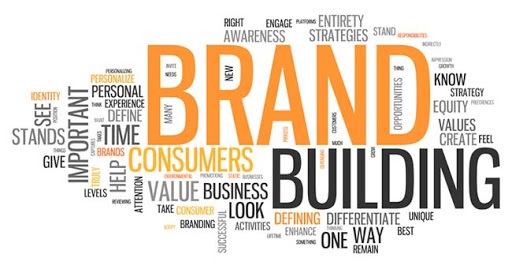 Dear Mirror Lawyer, I am a musician, magazine model, and actress both in Ghana and in Nigeria.

Without tooting my own horn, I am a celebrity by world standards, I have won several awards and my hard work and talent have taken me to places.

I have been all over the world to perform shows and concerts to an audience of over 3,000 people. I have also acted in several television series in Ghana and Nigeria and these series continue to air on cable television channels across Africa.

I also have a social media following of over 100,000 followers on Instagram and Youtube, respectively. In short, my brand is well established in Africa and is well known.

Over the past couple of months, I did a photo shoot with a famous photographer in Nigeria. The images were all over my social media and other blogs, however, I walked into a clothing retail shop in one of the malls and was shocked to find the photo printed on T-shirts and on sale.

According to their website, this clothing retail shop has five outlets in Accra, two in Kumasi and five outlets across Lagos, and three outlets in South Africa. My team did a little search and found that the T-Shirts with the printed photo of me was being sold in all the outlets mentioned above.

My issue here is that I have not given any endorsement or permission for my photo to be printed and used for retail purposes. Is there any way I can stop this shop from using my brand to promote their sales? Thank you,

Dear Ama Badu, Thank you for your letter. Your issue is about protecting your brand and stopping any form of infringement that may appear to take place. Essentially, brand names are valuable assets that are protected by law.

Misuse of a name infringes on the rights of another business and could lead to legal action. It is unlawful to use a name or other identifying feature of an established business or brand in a way that could cause misrepresentation or damage the goodwill of that business or brand.

This is known as passing off. Passing off is an intellectual property right that Ghanaian Law recognises. Passing off may be used in preventing a trader from making misrepresentations that damage the goodwill of another trader.

Misrepresentation occurs where the use of an identifying feature could lead a customer to believe that products or services offered by a business are the goods and services of another business. For passing off to be proven, the misrepresentation must damage the goodwill of the claimant

Goodwill is the advantage a business derives from its good name, for example, its reputation or connection with customers. The sale, however, of your image, on the garment, by this shop and their outlets, in these circumstances, could amount to passing off.

The mere sale, by a trader, of a T-Shirt bearing an image of a famous person is not, in itself an act of passing off. There are three conditions for passing off to be established. These are:

Some evidence of your goodwill and a reputation among the relevant members of the public.

The clothing outlets/shop’s conduct complained of must be shown to make a misrepresentation, i.e. is likely to lead the public to believe that the T-shirts had been authorised by you and, therefore, deceiving those members of the public into buying the product.

Some evidence that the misrepresentation caused some damage to your goodwill.

The facts that you have presented are similar to the famous case that involved Rihanna, a world-acclaimed celebrity. In 2013, the pop star Rihanna won a passing off case against fashion retailer Topshop, which has been selling a T-Shirt with an image of her on it.

There was no copyright infringement as Topshop had obtained a licence to use the image, which had been taken by an independent photographer. Rihanna relied on the passing off rule of law.

The judgment found that there was a misrepresentation because a substantial number of customers might believe the T-Shirt was authorised by Rhianna. 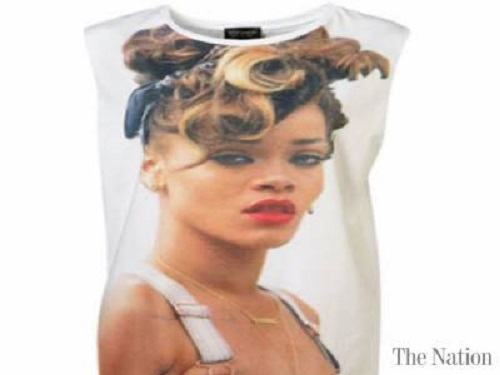 In 2013, the pop star Rihanna won a passing off case against fashion retailer Topshop, which has been selling a T-Shirt with an image of her on it

The misrepresentation damaged Rhianna’s goodwill as it caused lost sales in her merchandise and endorsement business and represented a loss of control over her merchandising output.

As a result of the Court of Appeal decision, an injunction preventing Topshop from selling the T-shirts was granted and the singer was entitled to recover damages she had suffered to her goodwill.

One remedy you may want to consider is to first write to them asking them to stop and desist from the T-Shirt sales. Failing that, ideally, it would be advisable to appoint a lawyer to give you an opinion on this matter and advise you on the way forward.