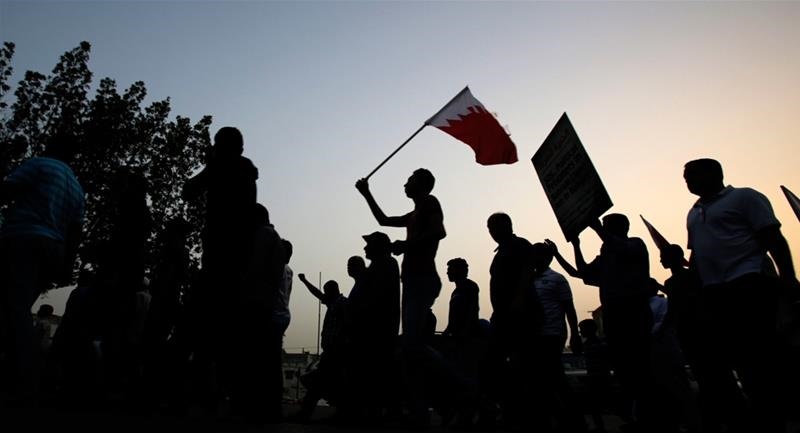 The UAE helped put down a month of protests by Bahrain's Shia majority in March 2011 [File: Hasan Jamali/AP]
30.5k Shares

Bahrain has executed three men found guilty of killing three policemen, including an Emirati officer, prosecutors in the island kingdom said. The three faced the firing squad on Sunday, a week after a court upheld their death sentences over a bomb attack in March 2014, the prosecution said in a statement carried by the official BNA state news agency.

The executions came a day after demonstrations broke out across Shia villages following rumours that the authorities were going to execute the three men.

They are the first in six years in the Gulf kingdom, according to London-based human rights group, Reprieve, which had warned on Saturday against the move.

Scores of men and women took to the streets after the families of the three were summoned to meet them in prison, a measure that usually precedes the implementation of death sentences, witnesses said.

"No, no to execution," the protesters chanted.

Bahraini authorities said a police officer was wounded in a shooting during one of the protests.

The interior ministry said the officer was hurt when several people shot at a police patrol in Bani Jamra, west of the capital Manama. It gave no further details.

The high court on Monday upheld the death sentences against the trio convicted in a bomb attack in March 2014, which killed the policemen.

The Emirati officer was part of a Saudi-led Gulf force which rolled into Bahrain in March 2011 to help security forces put down a month of protests led by the country's Shia majority.

"Reports that Bahrain is set to carry out its first executions in six years, based on confessions extracted through torture, are deeply alarming," Reprieve director Maya Foa said on Saturday.

Brian Dooley, head of the Washington-based Human Rights Defenders, said if the executions were carried out it "would be a new, enormously alarming step from Bahrain's regime".

"Washington should warn its Gulf ally that this would be a reckless, frightening level of repression to pursue, likely to spark rage and further violence in an already volatile region," he said in a statement.

Bahrain is a strategic ally of the United States and home to the US Navy's Fifth Fleet.