The top-secret mission that sent Ukrainian President Zelensky to US

The top-secret mission that brought Ukrainian President Zelensky to US
30.5k Shares

Operation Free Zelensky: How secret mission to get Ukrainian president across the Atlantic was carried out with NATO spy aircraft and fighters... as he tells US lawmakers 'your money is not charity, it's an investment in democracy'.

A top-secret fleet of NATO spy planes and fighter jets escorted Volodymyr Zelensky to Washington where he delivered his historic speech to congress yesterday, it can now be revealed.

The Ukrainian president was stashed in a US Air Force Boeing C-40 Clipper as part of the delicately planned cloak-and-dagger operation to avoid any Russian sabotage on his first foreign visit since Vladimir Putin sent troops over the border in February.

After privately confirming the trip on Friday, the wartime leader crossed into Poland early yesterday morning by train before being transferred to an airport in Rzeszów where he boarded the nonstop military jet to Joint Base Andrews.

A German Boeing AWACS (Airborne Warning and Control) spy plane ensured safe navigation through the North Sea which is patrolled by Russian submarines, before a US Air Force F-15 fighter jet took off from the UK to escort the Clipper.

After arriving in Washington where Secret Service protection kicked in, Zelensky met with Biden in the Oval Office and addressed a joint session of Congress to appeal for more aid and rally bipartisan support in his fight for 'life, freedom and security'. 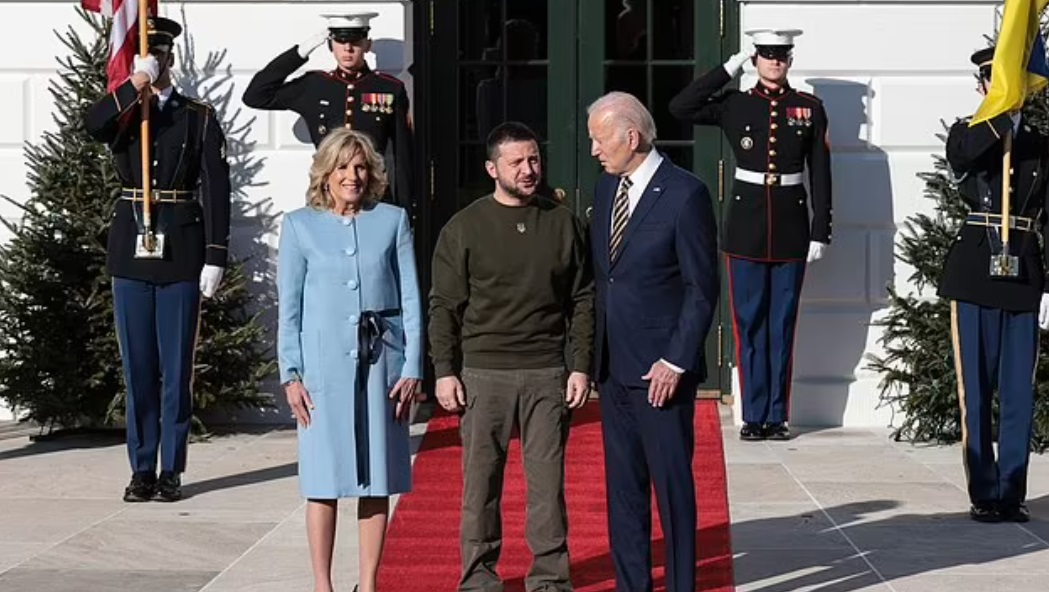 Republicans are set to seize control of the House of Representatives on January 3, and some of their lawmakers have expressed concern about the billions of dollars pumped into Ukraine by Joe Biden.

But Zelensky told the packed joint session: 'Your money is not charity. It's an investment in the global security and democracy that we handle in the most responsible way.'

The Ukrainian leader earlier visited the White House where Biden announced another $1.85billion in military aid, including a Patriot air defence system to help Kyiv ward off barrages of Russian missiles.

The surprise visit was months in the making, first floated by speaker Nancy Pelosi in October during a summit in Zagreb.

In previous calls, Zelensky had indicated to Biden and other senior officials that the US was the first country he wanted to visit when the time was right for him to travel, according to an official with knowledge of the conversations.

Zelensky's 10-hour visit - which packed in an Oval Office meeting with Biden, a joint news conference at the White House and an address to a largely supportive Congress - came together quickly. 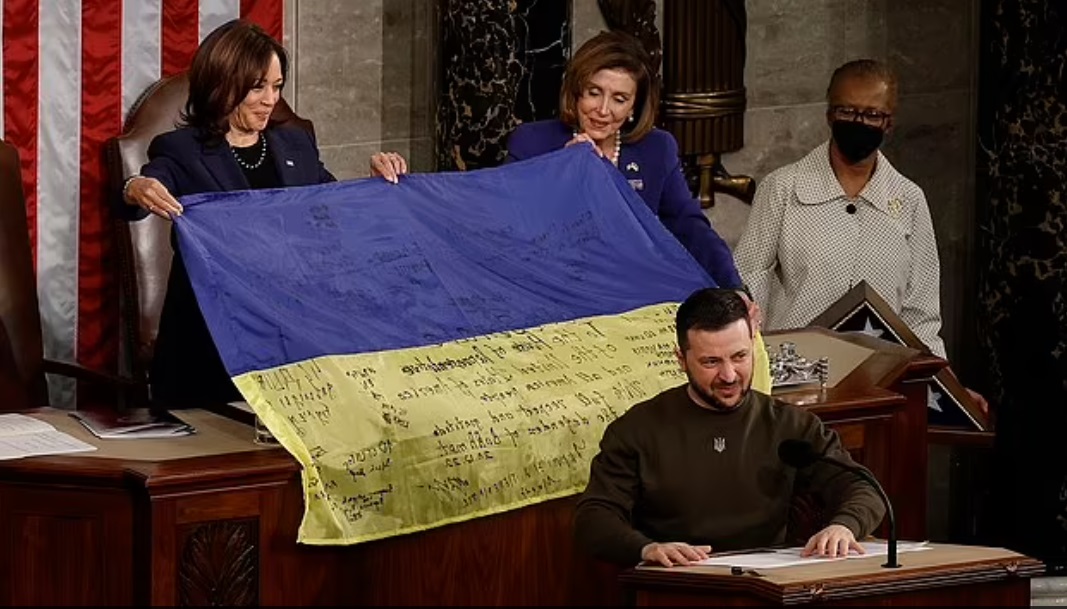