Protests in US at Zimmerman verdict 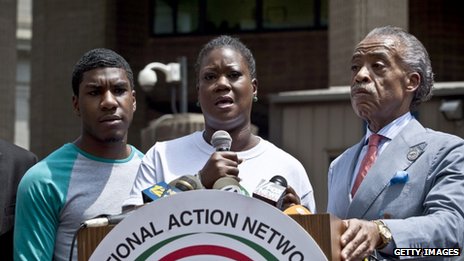 Protests are under way in dozens of American cities, a week after George Zimmerman was cleared of murdering unarmed black teenager Trayvon Martin.

Protesters want federal charges to be brought against Mr Zimmerman, 29, over the February 2012 incident.

A Florida jury agreed that the neighbourhood watch volunteer killed the 17 year-old in self-defence.

In his first comments, President Barack Obama admitted many black men in the US experienced racial profiling.

The protests against the court's decision are being led by the National Action Network, headed by civil rights activist the Reverend Al Sharpton.

Thousands are gathering for "Justice for Trayvon" rallies outside federal court buildings in Chicago, Los Angeles, Miami and New York.

Mr Sharpton told supporters on Saturday morning in Manhattan that he wanted to see the scrapping of "stand your ground" self-defence laws, such as that in force in Florida.

"We are trying to change laws so that this never, ever happens again," he said.

The teenager's mother, Sybrina Fulton, told the crowd: "Today it was my son. Tomorrow it might be yours."

Rapper Jay Z and his wife, the singer Beyonce, appeared on stage at the New York rally.

In Miami, Trayvon Martin's father, Tracy Martin, was among those who gathered to the words of the civil rights song We Shall Overcome.
'Could have been me'

In an unexpected press call on Friday, Mr Obama said very few black men in the US had not experienced racial profiling.

Mr Obama said the pain that African-Americans felt around the case came from the fact that they viewed it through "a set of experiences and a history that doesn't go away".

He said African Americans were also keenly aware of racial disparities in the application of criminal laws.

"That all contributes to a sense that if a white male teen was involved in the same kind of scenario, both the outcome and the aftermath might have been different," Mr Obama said.

He shared his experiences of being racially profiled in the past, such as being followed while out shopping.

"There are very few African-American men who haven't had the experience of walking across the street and hearing the locks click on the doors of cars.

"There are very few African-Americans who haven't had the experience of getting on an elevator and a woman clutching her purse nervously and holding her breath until she has a chance to get off," he said.

Mr Obama called for the protests to remain peaceful, saying any violence "dishonours what happened to Trayvon Martin".

He said that although criminal matters and law enforcement were traditionally dealt with on a state and not a federal level, it would be useful to examine some state and local laws to see if they encourage confrontation in certain situations.

On Wednesday, US Attorney General Eric Holder cited the case as he urged a nationwide review of the "stand your ground" laws, which permit the use of deadly force if a person feels seriously threatened. 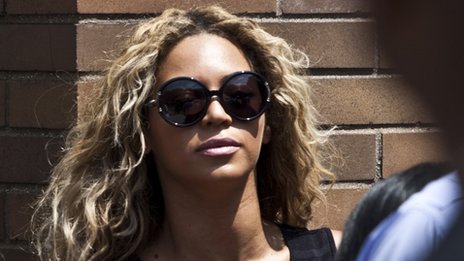 The issue was never raised during the trial, though the judge included a provision about the law in her instructions to the jury, allowing it to be considered as a legitimate defence.

Trayvon Martin was shot dead by Mr Zimmerman after an altercation in a gated community in Sanford, Florida.

Last Saturday, the all-female jury of six found him not guilty of second-degree murder and manslaughter.