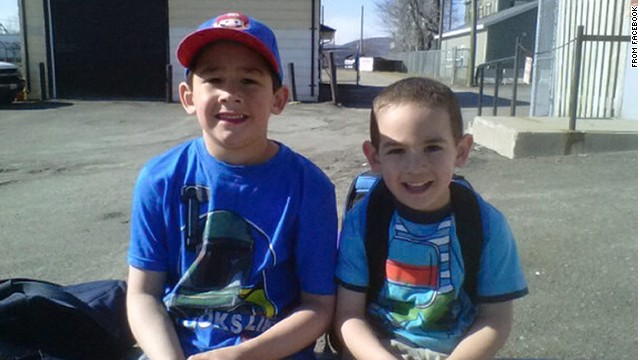 (CNN) -- Noah and Connor Barthe, the two boys apparently killed by a 100-pound African rock python in Canada, died from asphyxiation, according to preliminary autopsy results.

"While we now have some preliminary information, investigators still have to wait for other test results to come back and for the final report," Sgt. Alain Tremblay of the New Brunswick Royal Canadian Mounted Police said Wednesday.

"We recognize that this has touched the hearts of people across the world and that people want to know how this could have happened. Our investigators are looking at all aspects of this tragic incident, and that will take some time," he said.

Noah, 4, and Connor, 6, were found dead Monday morning. Sometime before dawn, the snake came crashing through the ceiling of the apartment where they were spending the night.

The apartment was the home of Jean-Claude Savoie, a family friend whose Campbellton, New Brunswick pet store was downstairs. Tremblay said the python was kept upstairs in a custom-built glass enclosure similar to an aquarium.

The cage reached the ceiling, and the snake was somehow able to crawl through a vent into the building's ductwork. It was above the living room, where the boys were sleeping, when the ceiling fell in.

The snake was found in the same room as the boys, Tremblay said. He would provide no further details. He said the RCMP is conducting a criminal investigation but wouldn't discuss possible charges.

"Obviously, it's not a standard or regular case," he said. "It's very traumatic for the family that this happened. But for the police, this is an investigation where there's a loss of life, and our approach to analyze a scene is almost identical, although here we're dealing with a reptile."

Canadian broadcaster CBC reported that the python was between 11 and nearly 15 feet long and weighed more than 99 pounds.

It was euthanized. The necropsy showed the snake was in good overall health, Tremblay said.

The Humane Society documents 17 people who have died in incidents in the United States related to the snakes since 1978, 12 of them since 1990.