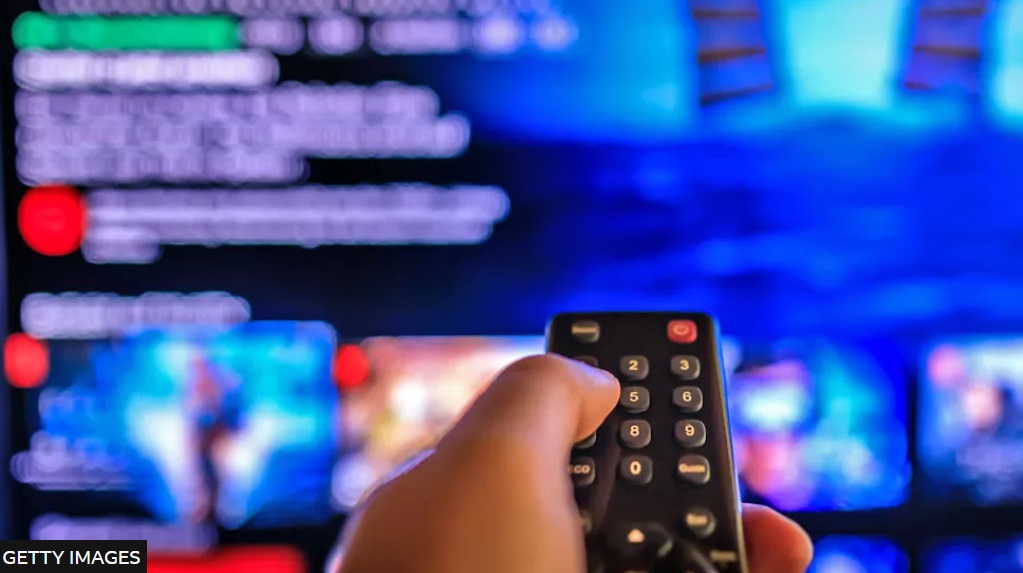 Sharing passwords for online streaming services such as Netflix is against the law, according to a UK government agency.

It is common in the UK for people who do not live together to share their streaming service passwords, despite this typically being against terms of service agreements.

Netflix has never indicated it would take any legal action in such cases.

The IPO has since removed the reference to password sharing in its guidance on the government website.

However, a spokesperson confirmed the legal position on password sharing had not changed - and nor has the IPO's guidance.

It said password sharing was both a criminal and civil matter.

"There are a range of provisions in criminal and civil law which may be applicable in the case of password sharing where the intent is to allow a user to access copyright-protected works without payment," it said.

"These provisions may include breach of contractual terms, fraud or secondary copyright infringement, depending on the circumstances.

"Where these provisions are provided in civil law, it would be up to the service provider to take action through the courts if required."

There is no evidence to suggest any of the major streaming video operators in the UK would do this.

Netflix said it wanted to "make it easy" for people borrowing others' accounts to set up their own, to transfer their profile into a new account, as well as to create "sub-accounts" for people to pay extra for family or friends.

It said it would start rolling out these features "more broadly" in early 2023.

The BBC has also approached streaming service operators Amazon and Disney for comment.

Scale of the problem

Research firm Digital i estimates around a quarter of UK Netflix subscribers - around four million - are sharing their passwords.

"Following on from the addition of the ad-supported tier, there is clearly an opportunity for Netflix to generate significant additional revenue by cracking down on account sharing and converting those who do into subscribers in their own right," he said.

"The question, however remains: what is motivating multiple households who share a premium account to do so?"

In May, then-Culture Secretary Nadine Dorries revealed she was one of those sharing an account.

"My mum has access to my account, the kids do. I have Netflix but there are four other people who can use my Netflix account in different parts of the country," she told the Digital, Culture, Media and Sport Committee.

When Netflix was growing in the UK, the streaming service joked in a tweet about password sharing being commonplace between friends and family.

Since then user growth has stalled and Netflix has tried to crack down on the practice, which is against its terms of service - but it has never taken legal action.

Instead, it has introduced new price tiers to make the service seem more appealing, such as the £4.99 ad-supported price point, introduced in the UK in November.

One interesting part of the IPO's response is the reference to criminal law - suggesting that people could theoretically face prosecution from the Crown Prosecution Service (CPS) for password sharing.

The CPS did not rule this out.

A spokesperson told the BBC: "Any decision to charge someone for sharing passwords for streaming services would be looked at on a case-by-case basis, with due consideration of the individual context and facts of each case.

"As with all cases, if they are referred to the CPS by an investigator for a charging decision, our duty is to bring prosecutions where there is sufficient evidence to do so and when a prosecution is required in the public interest."

In other words, before the CPS could take action, there would first need to be a police investigation.

There is no evidence to suggest any police forces in the UK would open an investigation into someone for sharing their password to a streaming service.