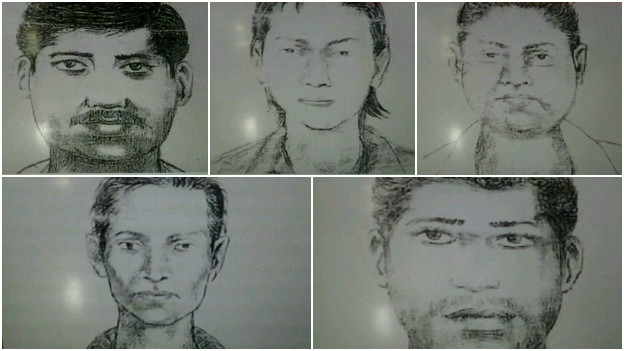 A 23-year-old photojournalist has been gang-raped by five men in the Indian city of Mumbai, police say.

The woman, who was on assignment on Thursday evening in the Lower Parel area when she was attacked, is in hospital with multiple injuries.

She was accompanied by a male colleague who was beaten by her attackers. Police have arrested one of the suspects

In a similar case last December, a 23-year-old student was gang-raped on a bus in the capital, Delhi.

The woman and her male friend were brutally assaulted and she later died in hospital from her injuries.

The attack sparked nationwide protests and forced the authorities to introduce tougher laws for crimes against women.

The victim of Thursday's attack worked as an intern with a Mumbai-based English magazine and had gone to the Shakti Mills - a former textile mill that now lies abandoned and in ruins - for a photo shoot, police said.

She has been admitted to Jaslok hospital in Mumbai.

Mumbai police commissioner Satyapal Singh said the incident took place between "6pm and 6:30pm on Thursday" and described it as "reprehensible".

"The man [victim's male colleague] was clicking pictures on a camera while the girl was taking pictures on her mobile phone in the dilapidated building when one accused accosted them and inquired why they were there at the railway property," he said.

"He later called four more men to the spot. They tied the male colleague's hands with a belt and took the girl to the bushes and raped her."

Mr Singh said nearly 20 teams had been formed to investigate the case and that all the accused had been identified.

Earlier, police said 35 people had been detained and were being questioned. Sketches of the five accused were also released.

"The patient has been with us since the unfortunate incident. As of now, she is stable," the hospital said in a statement on Friday morning.

The attack has led to outrage in India with many taking to social media to express their anger.

"Sick and deeply disturbing," tweeted musician Shekhar Ravjiani. "My heart goes out to the victim and I hope and pray that God gives her the strength to make it through this ordeal."

Nirmala Sitharaman of India's main opposition Bharatiya Janata Party wrote: "Despicable! We are shamed! How long and God forbid, how many more before the criminals are punished? Wake up, India!"

"Sad validation of the fact that NO city in India is safe for women. It is after all the same prevention/enforcement mechanism in use all over," tweeted actress Gul Panag.

"Helpless to say the least... words like "devastated", disgusted" mean nothing at a time like this!!!! #gangrape in my city... I feel ashamed," director Karan Johar wrote.

"Mumbai's women should come out for a Delhi-like response. 'Work to do' is no excuse," tweeted senior journalist Bachi Karkaria.

Women's safety has been the focus of attention in India since the fatal Delhi gang rape.

Six people, including a juvenile suspect, were arrested for the crime.

One of the men was found dead in his prison cell in March. The other five are on trial and verdicts are due over the next few weeks.