Leaders of France, Germany and Italy arrive in Kyiv 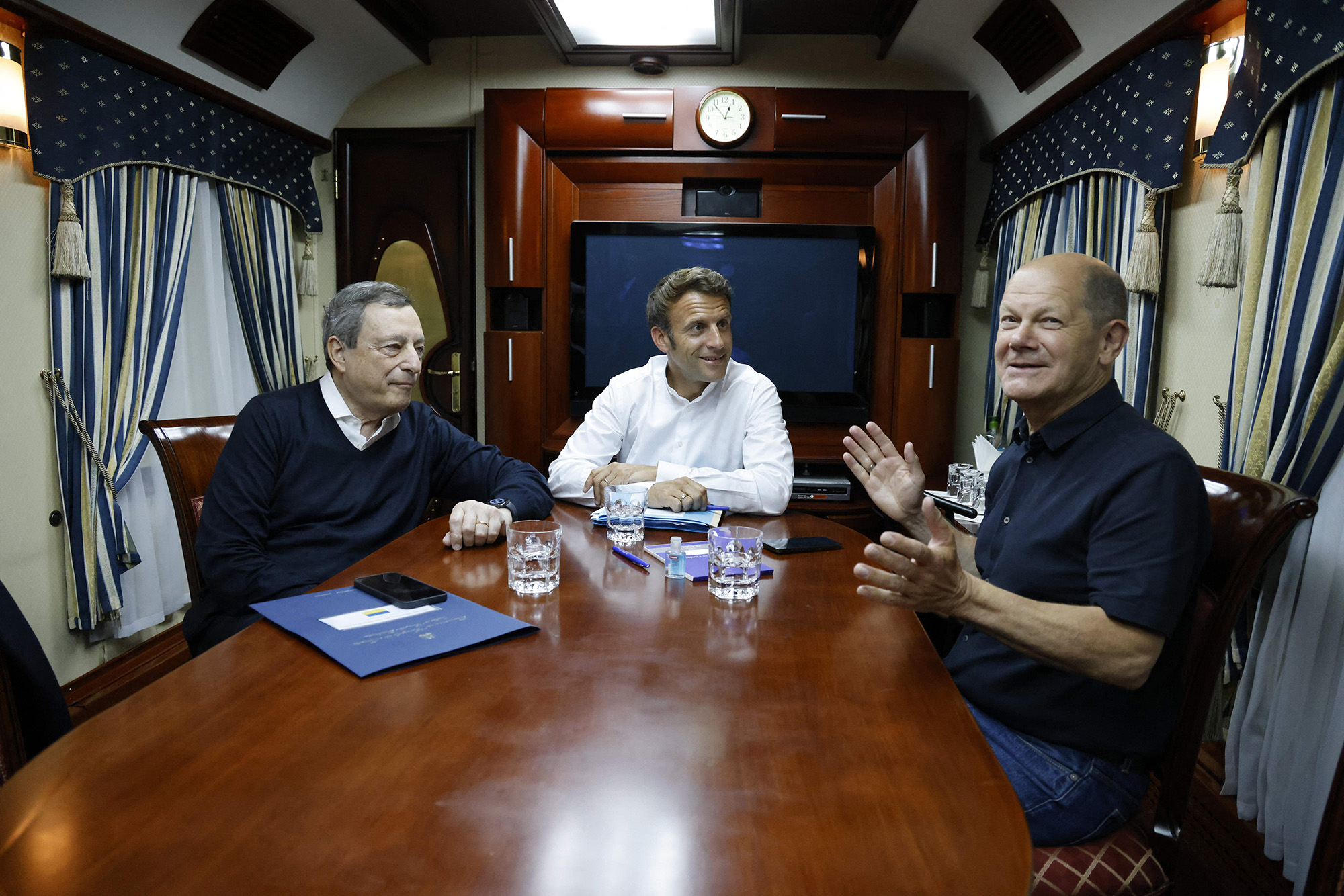 The leaders of European Union's three biggest countries -- France, Germany and Italy -- arrived in Kyiv on Thursday morning on a high-profile trip designed to smooth tensions over what Ukrainian officials perceive as a lukewarm support in their fight against Russia.

French President Emmanuel Macron, German Chancellor Olaf Scholz and Italian Prime Minister Mario Draghi traveled to the city together on a special train, setting off from Poland in the middle of the night.

As if to remind them they were visiting a country terrorized by an unprovoked assault, air raid sirens went off shortly after the three leaders arrived at their hotel in central Kyiv.

Though all three countries have pledged weapons to aid Ukraine's defense against Russia, Ukrainian President Volodymyr Zelensky has made no secret of the fact that he believes they are not doing enough.

He has been especially critical of Scholz and Macron, going as far as suggesting the two leaders were trying to appease Russian President Vladimir Putin.

"[Scholz] and his government must choose not to do a balancing act between Ukraine and the Russian Federation, but to choose which is their priority," Zelensky told German broadcaster ZDF earlier this week.

Zelensky has had harsh words for Macron too. The French President has tried to present himself both as an ally to Ukraine and as an honest broker with Russia.

Macron, in an interview earlier this month, said that "we must not humiliate Russia so that the day when the fighting stops we can build an exit ramp through diplomatic means. I am convinced that it is France's role to be a mediating power."

Zelensky told the Financial Times that "in order to be a leader, you do not need to consider yourself one, but to be behave as a leader."

Speaking to reporters at the train station in Kyiv, Macron said the leaders would visit a "war site where the massacres were committed" and speak to Zelensky.

Asked if he had a message for Ukrainians, he said, "A message of European unity addressed to Ukrainian men and women, of support to talk about both the present and the future because the coming weeks, we know, will be very difficult weeks. I want to be in support and at their side."