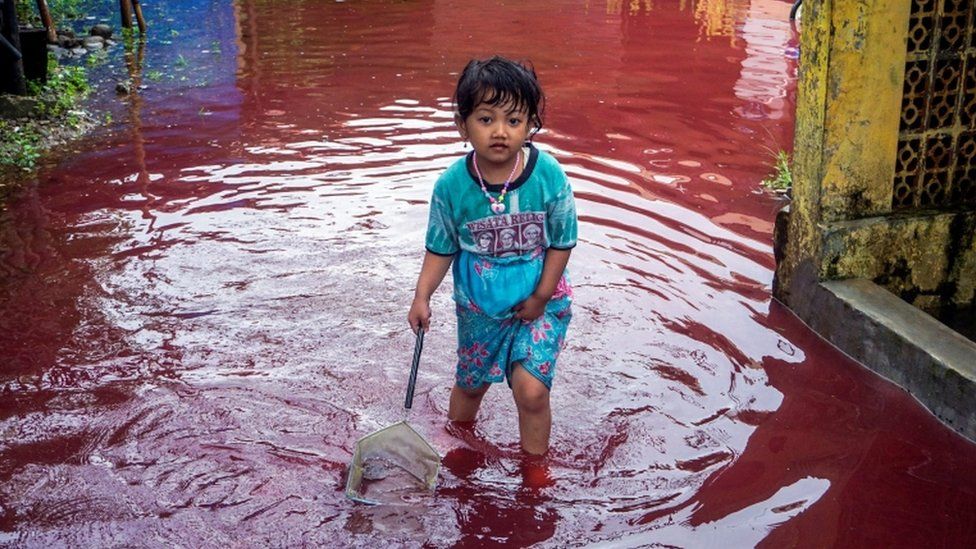 An Indonesian village has been inundated by blood-red water after flooding hit a local batik factory.

The crimson dye was released through the street of Jenggot in central Java on Saturday.

The area, south of the city of Pekalongan, is famed for its traditional wax and dye batik textiles.

Thousands of social media users shared images of the coloured water washing through the village. A local relief official confirmed they were genuine. 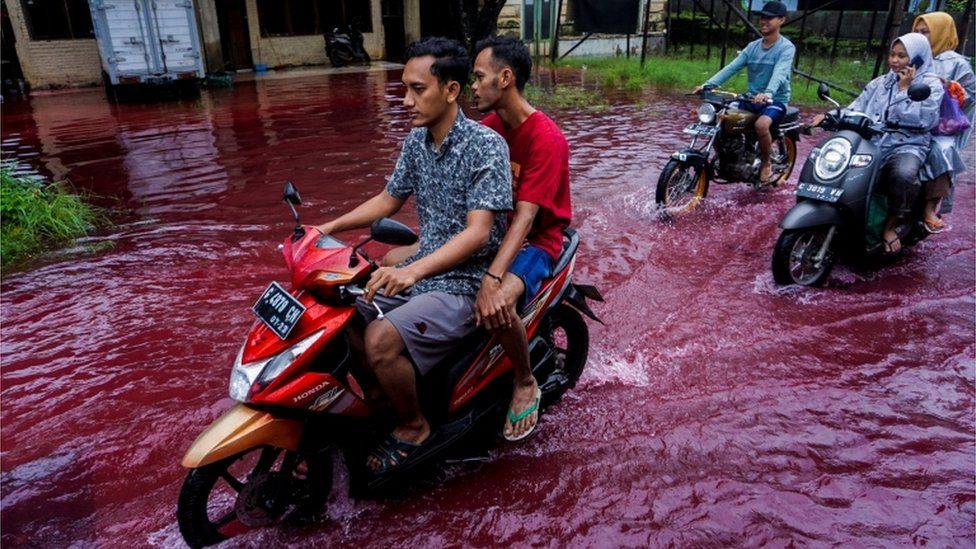 "The red flood is due to the batik dye, which has been hit by the flood," Dimas Arga Yudha told Reuters news agency. "It will disappear when it mixes with rain after a while."

Rivers in in Pekalongan have previously changed colour due to the dyes used in making batik designs, with bright green waters flooding another village last month, according to Reuters.

Indonesia is frequently hit by flooding, with at least 43 people killed following a storm that hit the capital Jakarta earlier this year.

Local authorities turned to cloud seeding - where planes inject chemicals into clouds - in an attempt to prevent further rainfall, amid the worst flooding in the area since 2013.