Hushpuppi and Woodberry extradited to US, FBI grateful 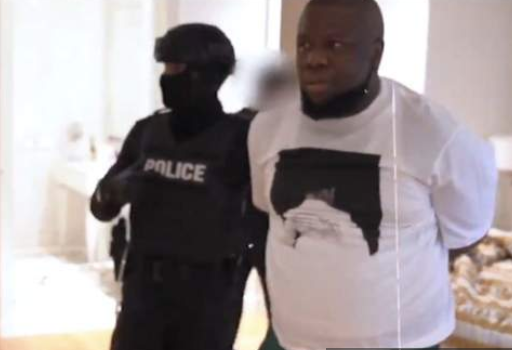 The Director of the Federal Bureau of Investigation (FBI), Christopher Wray has praised the Dubai Police for their exceptional efforts which led to the recent arrest of alleged cybercriminals Raymond Igbalode Abbas, known as "Hushpuppi" and Olalekan Jacob Ponle aka "Woodberry".

According to the Dubai Police, Mr Wray also extended his appreciations for their cooperation in extraditing the wanted suspects, who committed money-laundering and multiple cybercrimes, to the United States.

The operation took down the suspects for committing crimes outside the UAE, including money-laundering, cyber fraud, hacking, criminal impersonating, scamming individuals, banking fraud and identity theft.

The suspects were caught in a series of synchronised raids by six SWAT teams from Dubai Police who foiled the gang's bid to deceive many people from around the world and steal their money.

The director of Dubai CID, Brigadier Jamal Salem Al Jallaf said the raid resulted in confiscating incriminating documents of a planned fraud on a global scale worth AED 1.6 billion ($ 435 million).