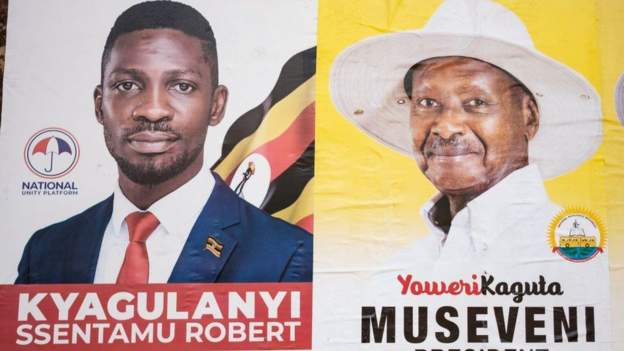 Ugandan opposition politician Bobi Wine has filed a legal challenge against the outcome of last month's presidential election, which he says was rigged.

A lawyer for the musician-turned-MP's party - the National Unity Platform - said they wanted the poll to be re-run.

Bobi Wine, whose real name is Robert Kyagulanyi, got 35%.

Mr Museveni's NRM party said over the weekend it had assembled a legal team to defend his victory.