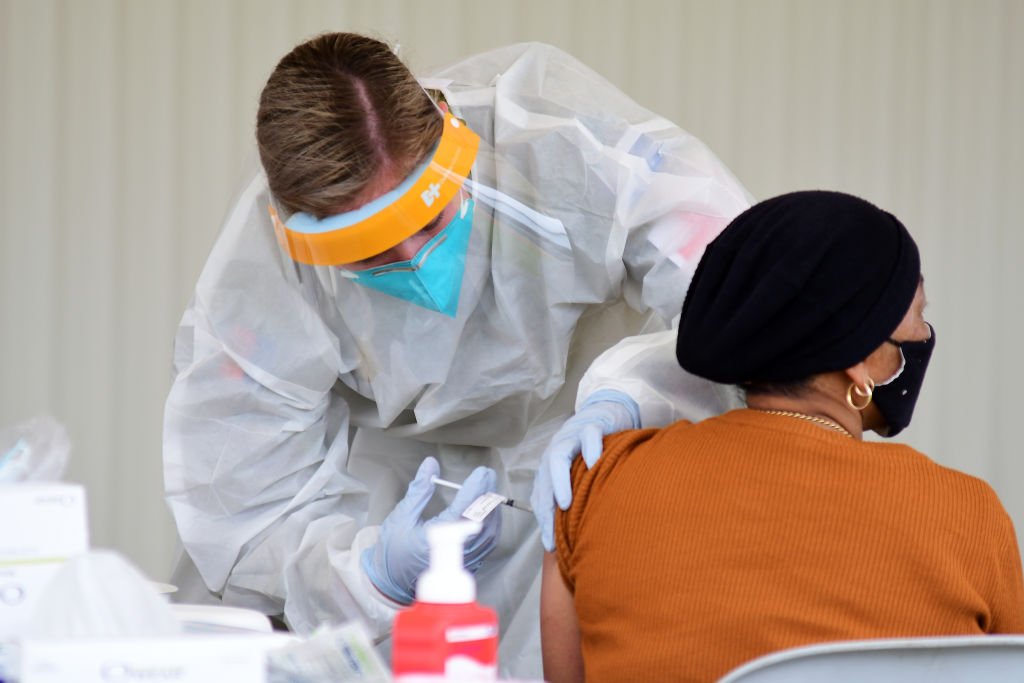 Australia's new daily cases of Covid-19 topped 1,000 on Thursday for the first time since the global pandemic began, as two major hospitals in Sydney set up emergency outdoor tents to help deal with a rise in patients.

Sydney, the country's largest city and the epicenter of the current outbreak, is struggling to stamp out a surge in the fast-spreading Delta variant, with daily infections hitting record levels even after two months under lockdown.

The state of New South Wales (NSW), where Sydney is the capital, reported 1,029 new locally acquired cases, exceeding the previous record of 919 from a day earlier. Of the new cases, 969 were detected in greater Sydney, up from 838.

The rapid rise in Covid-19 patients has forced Sydney's Westmead and Blacktown hospitals, which service the city's sprawling western suburbs, to erect tents to screen and swab patients to help manage capacity.

State Premier Gladys Berejiklian said authorities had quadrupled the number of the state's intensive care ventilators to 2,000 early last year. Although the system is "under pressure", it can withstand the current crisis once vaccination rates rise, she said.

"It might be different to the help you got before because of the situation, but please know the system is kicking in," Berejiklian said at a televised media conference.

Of 116 people in intensive care in NSW, 102 are not vaccinated. Three new deaths were reported, including a man in his 30s who died at home, taking deaths from the latest outbreak to 79, although the death rate has slowed since last year.

In a video posted on Twitter Wednesday night, the Australian Paramedic Association said paramedics were given a choice to wait in their vehicles with infected people or "wait outside in the freezing rain" due to the rise in patients.

The fast-moving Delta strain has taken the gloss off Australia's early success against the virus that kept its coronavirus numbers relatively low, with some 47,700 cases and 989 deaths. About 32% of people above 16 have been fully vaccinated while just over 54% have had at least one dose.

Besides Sydney, the country's second-largest city, Melbourne, and the capital, Canberra, are also in hard lockdowns, putting more than half of the country's 25 million population under strict stay-at-home orders.

Cases in Victoria, home to Melbourne, surged to 80 on Thursday, up from 45 a day earlier.

The federal government is pushing ahead with the country's reopening plans once vaccination rates reach 70%-80%, but some states have hinted they may delay given the rapid growth of cases in Sydney.

Berejiklian said NSW may reach 70% fully vaccinated by mid-October, and airline Qantas said it was preparing for international travel to resume in December.