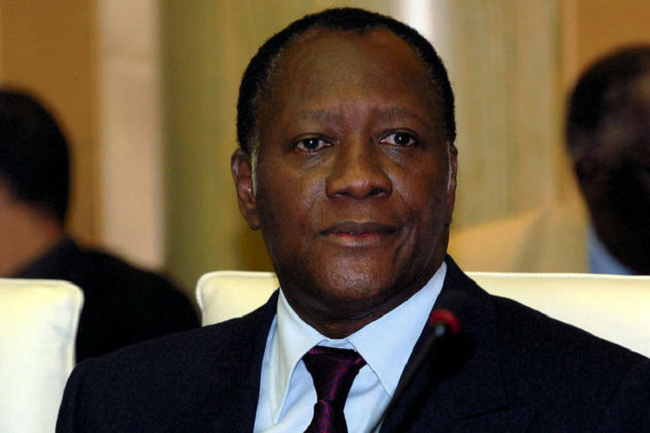 Cote d’Ivoire heads to the polls today in a parliamentary election.

The election of parliamentary candidates is a chance for the opposition to regain power, with President Alassane Ouattara already ruling with a majority.

Opposition parties, led by two former Presidents, will try to shake the grip of President Alassane Ouattara in a parliamentary election today, five months after a presidential vote that led to deadly unrest.

There are 255 seats up for grabs but in the last legislative election of December 2016, the National Assembly was dominated by Houphouetist Rally for Democracy and Peace (RHDP), led by President Alassane Ouattara, and the Democratic Party of Ivory Coast (PDCI), led by former President Henri Konan Bedie, who were allies then and had won an absolute majority, with 167 out of 255 seats.

But The PDCI, which dominated politics in Ivory Coast from the 1940s until Bedie was overthrown as President in 1999, backed Ouattara for years but split with him in 2018.

Currently, the National Assembly is dominated by Houphouetist Rally for Democracy and Peace (RHDP), led by President Alassane Ouattara, so the outcome of the parliamentary election could decide the future of Cote d’ Ivoire’s politics.

For the first time in 10 years, the Ivorian Popular Front (FPI), headed by former President Laurent Gbagbo, is participating in the polls while the FPI will contest as part of a coalition called Together for Democracy and Sovereignty (EDS).

The coalition has allied with the largest opposition party, the Democratic Party of Ivory Coast (PDCI), led by former President Henri Konan Bedie. "This is the first election in 10 years in which all significant opposition forces are participating again’’. Former President Henri Konan Bedie’s Democratic Party of Ivory Coast (PDCI) and former President Laurent Gbagbo’s Ivorian Popular Front (FPI) both boycotted the presidential election last year, which Ouattara won in a landslide, so both decided to take part in the parliamentary election.

A faction of FPI loyal to Gbagbo and PDCI are now fielding a joint list of candidates against Ouattara’s RHDP.

Clear control of parliament will strengthen Ouattara’s hand to pursue an agenda based on attracting foreign investment and cutting red tapeism during his third term, while the vote could be decisive for the opposition to show it remains relevant.

“Their credibility is at stake because in the event of defeat, the opposition will be reduced to nothing, and risk being divided further, and this can only benefit the party in power,” said Ousmane Zina, a political analyst.
Other opposition figures, such as former Prime Minister Pascal Affi N’Guessan, who leads another FPI faction, are also standing outside the main joint list.