‘What legacy are you leaving?’ 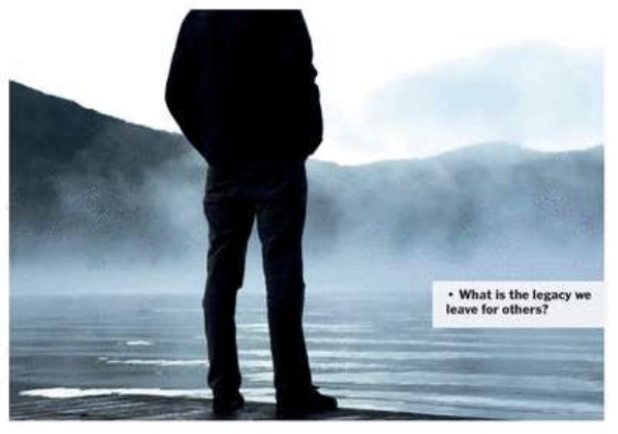 What is the legacy we leave for others? Follow @Graphicgh

The first was the first anniversary Thanksgiving Service in memory of Lt Gen Emmanuel Alexander Erskine (Rtd) who died in 2021.

The second was the funeral of Mrs Eunice Ablorh-Quarcoo, a former/retired Headteacher of the Signal Regiment Basic School and the Air Force Basic School, Burma Camp who died suddenly in April 2022.

In both cases, the common thread that run through the sermons was “Legacy!”

In its original form, legacy related to an amount of money or property left in a will for someone. However, later usage has seen legacy evolve additionally to mean qualities/values bequeathed the younger generation of a society by an earlier generation/ancestors.

Indeed, as a young lieutenant serving my first peacekeeping mission with UNEF 2 in 1975/1976, I had the privilege of meeting and working under then Brig-Gen Erskine.

At the Thanksgiving Service, the Chaplain started by explaining the word legacy. After his explanation, he added that, a legacy could be either good or bad. He stated that, his sterling leadership qualities like discipline, knowledge, selflessness, integrity and humility aside, Gen Erskine left behind a good legacy by his dedication and massive contributions to the growth of the St George’s Anglican Church, Burma Camp. Gen Erskine in his simplicity was a role model younger ones aspired to emulate.

The chaplain then asked the congregation “what legacy are you leaving?”

Mrs Ablorh-Quarcoo was a teacher/Headteacher at Burma Camp. She was the wife of Maj Daniel SowahAblorh-Quarcoo (Rtd), a former head of the then Internal Revenue Service, now the Customs Division of the Ghana Revenue Authority.

The Garrison Methodist-Presbyterian Church, Burma Camp burst at its seams on Saturday, 4th June 2022 when a record crowd attended her funeral. Tribute after tribute described her as a gentle, affable, honest, very firm lady who always wore a lovely smile which made her very approachable. Above all, she was described as a God-fearing lady!

Tribute readers had difficulty maintaining their composure as emotions choked them.

For some of us, apart from its primary role, the facemask played an outstanding secondary role of masking the free-flow of tears that flowed down as the tributes were read. In Ghana, “barima nsu” in Twi means Ghanaian men are not allowed to cry/shed tears!

Preaching the sermon, the chaplain stated that, in some cases, tributes read were far from the truth. Indeed, some were outright lies! This is because in our culture, it is considered uncharitable to say anything bad about the dead, especially in their tributes at church. So, in an instance when a notorious goat-thief died, his tribute read as follows:

“Brethren, lying before us today to join his Maker is our dear brother Yaw Mensah. Yaw was a good man! Indeed, so good was Yaw that everybody liked him. Even goats had an affinity for him and loved himdearly. Being human however, he was sorely tested by these goats when he thought of light-soup. UnlikeJesus Christ our Lord whose shock-absorbers for temptation were reinforced by his Heavenly Father, our bother Yaw was an ordinary mortal who yielded to temptation. Some goats regularly landed in his soup-pot! In all this we know, he has been forgiven by the goat-owners who got angry with him!”

The chaplain observed that, Mrs Ablorh-Quarcoo’stributes were so genuine that it looked like they were from the same source, and had been carefully rehersedand choreographed. She led a good life and was a role model not only for teachers and headteachers but more importantly her pupils who admired and loved their “Madam”

Again, the question was “what legacy are you leaving behind?”

Many years ago, I listened to a radio programme in which three children aged thirteen, eleven and eleven were interviewed about their views on Ghana. For their tender ages, their depth of knowledge, intelligence and general understanding of issues all articulated in impeccable English was outstanding. My assessment was corroborated by callers who phoned in to congratulate the FM Station for the excellent programme.

What struck me most however was the answer they gave to the question on who their role model was. To my disbelief and obviously that of the presenter, all three children chorused the same answer…… OBAMA!

They then spent time lambasting Ghanaian adults for failing to give them good leadership.

Without doubt, the three children would have been proud of God-fearing Gen Erskine and Mrs Eunice Ablorh-Quarcoo, and would have them as role models. I daresare there are many unsung heroes like the General and Madame. The problem is Ghanaians have difficulty praising Ghanaians. I

t does not make sense to heap praises on individuals at funeral services when they are dead. Let us give praise where it is due and honour Ghanaian role models in their life-time.

That way, we can confidently answer the question “what legacy are you leaving?”