What if women dominate in Parliament? 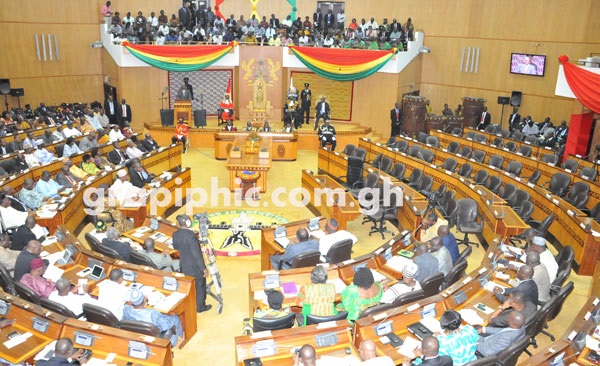 Within just a single year, unprecedented in the history of Ghana, Parliament witnessed some scuffles and fist fights on different occasions.

Interestingly, those involved in these acts on the floor of the House were all men.

Would the picture be different if women had larger numbers in the House and were at the forefront of debates and discussions?

Using gender as an explanatory variable can provide some level of insight into some of the unfortunate incidents the county witnessed recently.

For a very long time, there have been calls for more women participation in politics in the country.

Some non-governmental organisations have dedicated most of their activities to that end, giving encouragement and support to women to offer themselves as candidates for parliamentary elections in some constituencies.

Though there might be good reasons behind these affirmative efforts, its gendered implication is deeper than appears on the surface. There is a widely held view that men are inherently more aggressive gender and women more peaceful.

These views translate into attitudes of institutions and entities that are known to lack gender equality and highly male-dominated.

Such institutions are prone to using violence and aggression as a means of leverage at the least opportunity. Voting and political leadership can be an example.

Recent studies have shown that high level of gender equality within countries are associated with low levels of interstate and intra-state armed conflicts.

The results from these studies suggest that anyone who wants to gain insight into the conduct of state and its related institutions need to ask the gender question and be aware of its implications.

There is no way the act of aggression and violence displayed by Members of Parliament(MPs) on the floor of the House can be justified, let alone conclude that such behaviour is biologically or culturally driven.

After all, those involved are all males and Parliament itself is a male-dominated institution.

Men and women come with different biological and cultural makeups which can make each of them react differently to a given situation.

However, it is important for all of us to note that in humanity, the most striking biological capacity is flexibility.

Till we get female-dominated Parliament, tolerance should be the guiding principle to all male MPs when tempers are high in the chamber.