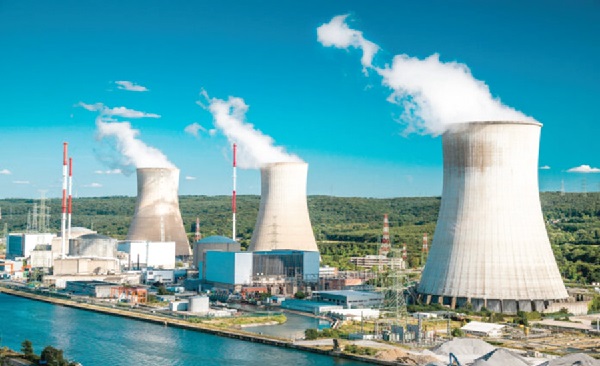 As a retired International Atomic Energy Agency (IAEA) staff member, and having worked in various capacities of the Agency for 23 years – promoting and managing the use of nuclear techniques in the national development programmes of the Member States, and finally retiring as an international nuclear safeguards inspector – I always follow, with keen interest, the goings-on of nuclear activities in the news, particularly whenever it involves Ghana.

It first caught my attention when a group was mentioned, namely, the Nuclear Power Ghana (NPG); reference, ‘Ghana to introduce nuclear power into the energy mix – Professor Frimpong Boateng, July 3, 2019 in MESTI NEWS’.

The article indicated that the Ghana government planned to introduce nuclear power into the country’s energy mix, and that this would ensure affordable energy for our industrial development.

The minister indicated that a team had been constituted to embark on a preliminary assessment and collection of data for possible sites of the plant.

Subsequent news headlines were generated by NPG, whose activities apparently began in 2018, when some staff of the Volta River Authority (VRA), Bui Power Authority (BPA), and the Ghana Atomic Energy Commission (GAEC) were co-opted into the Energy Commission of the Ministry of Energy - which is the technical regulator of Ghana’s electricity, natural gas and renewable energy industries, and the advisor to government on energy matters; NPG was designated to be the eventual owner and operator of Ghana’s first nuclear power plant.

Recent public outreach programmes of the NPG have included lectures to various stakeholders, including the media, on proposals for a nuclear power project; among some of the news items was, ‘Ghana to generate nuclear power by 2030 (ghanaweb.com)’ - General News of Friday, 24 January 2020.

The Daily Dispatch reported that the Executive Director for NPG, *Ing. Theo Nii Okai, had said that Ghana was preparing to generate nuclear power by 2030.

He made this comment during a three-day review mission by a team from the IAEA, which was in the country to identify key areas to be improved in Ghana’s regulatory documentation and implementation structure for adopting nuclear power to meet its energy needs.

In another news report on the Ghanaweb Business News of Monday,August 30, 2021, the Director-General of the Ghana Atomic Energy Commission (GAEC), Prof. Benjamin Nyarko, reportedly said “Ghana's Nuclear Power Programme is estimated to generate $1.2 billion through local industry participation during its implementation.”

The DG of GAEC was speaking at the 4th edition of the Ghana Industrial Summit and Exhibition in Accra when he made those comments; he explained that the $1.2 billionUS figure was a projection based on a 1000 Megawatts nuclear power plant when the plant becomes operational.

Also, in a Ghanaweb Regional News of Tuesday, November 30, 2021, it was reported that the NPG had identified four sites for Ghana's first nuclear plant; it stated that, ‘The selection of a preferred nuclear site has already been undertaken.

The NPG said it would by the end of 2022, select one of the four sites identified for the construction of Ghana's first nuclear plant.

The Executive Director, NPG, Dr Stephen Yamoah, speaking at a workshop for media professionals on Ghana's steps into the nuclear future, said under phase two of the project, the selection of a preferred site was being undertaken, including the analysis of historical data in all four areas.’

In the latest development, which appeared in Graphic Online, with the headline, ‘Ghana shortlists vendors for nuclear power plant’, it was indicated that Ghana's efforts to generate power from nuclear technology had reached an advanced stage, with the initial engagement of vendor countries through their respective embassies in Ghana.

The report further indicated that the selected vendor would work with Ghana's proposed owner-operator for the construction of the power plant, in accordance with the country's specifications and other technical considerations.

Lately, a video clip has surfaced on the WhatsApp platform of the Ghana Atomic Pensioners Association on Small Modular Reactors (SMRs); the video was produced by Copenhagen Atomics, a Danish molten salt manufacturing technology company, ostensibly for consideration as an option for the Ghana nuclear programme.

This video was particularly interesting for me, because I had been following the development of SMRs since my years as a Nuclear Safeguards Inspector; I had thought that SMRs would be ideal for consideration in Ghana’s nuclear programme, especially for their Inherently Safe design principles; In the last section of an article which I authored on ghanaweb.com -March 26 2013, I alluded to the Fail-safe Pebble-Bed Modular Reactor (PBMR), which is the precursor of SMRs, and recommended their consideration in the energy mix in Ghana.

In the article, I wrote, ‘Fail-safe and accident-free nuclear power, plants will be the logical choice for Ghana, to boost the available energy for our expanding population and industrial production in the future.

Nuclear power plants require huge initial investment, but in the long run, the plant becomes the most economical. Nuclear power planning, site selection and plant procurement takes a long time – the lead time is usually between 10 and 14 years.

The down side is the nuclear waste, security and safety concerns. With lessons learnt from the Chernobyl and Fukushima accidents, we could include fail-safe nuclear reactors (no loss of coolants - such as what happened in Fukushima, and no dangerous increment in core reactivity - such as happened in Chernobyl) in our energy mix by the year 2025.

Such a fail-safe nuclear reactor which is being developed is the High Temperature Reactor (HTR) - which is synonymous with the PBMR; this technology was first developed in Germany, and later picked up by South Africa. The HTR-PBMR is now in advanced stages of testing and construction in China; each module of the reactor produces about 100MW of thermal energy; many modules could be combined to produce the required power.

By 2050, China plans to deploy as much as 300 giga-watts of reactors of which PBMRs will be a major component. The nuclear waste from the PBMR fuels are well contained and shielded in the centre of the billiard ball-sized spherical fuel balls (about five grammes of fuel per ball); should Ghana procure PBMRs under a turn-key arrangement in the future, we could, for nuclear safety reasons, include clauses in the procurement agreement to return any wastes generated to the suppliers for safe storage or disposal.