The role of govt in digital revolution - Moses Baiden’s address at the Ghana CEO Summit, 2017 (Part 2) 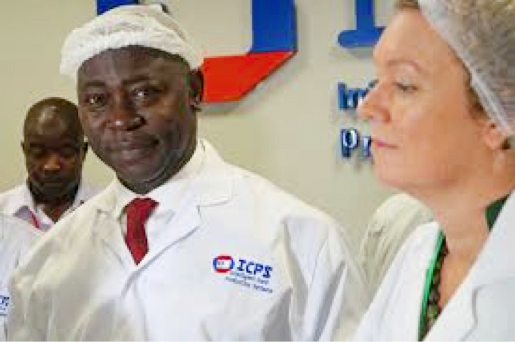 Moses Baiden at his ID factory in Accra
30.5k Shares

After Prempeh College’s astounding victory in the National Science and Mathematics Quiz (NSMQ) on June 29, 2017, I got the following message that has possibly gone viral. It asked, in essence, what’s wrong with the mindset of our business leaders? They prefer promoting foreign soap operas like Veera, Kumkum Bhagya, etc, but refuse to promote talents of the youth in educational programmes like the NSMQ.

More and more, the nation needs to pay attention to what’s in Ghana’s best interest. This second part of Moses Baiden’s concerns confirms that imperative. Delivered at Kempinski Hotel, May 22–23, it continues as follows:

The right policies for Ghana

Formulating and implementing the right policies will usher in a new era of enlightenment that puts the national interest first. All governments proclaim this as their primary objective but the evidence does not support their rhetoric. Let us stop the lip service. In a fragile economy such as ours, good policies have become hostages to politics over the past 60 years. The result has been high unemployment and lack of wealth generating innovation.

We are in the era of collaborative competition and most of our problems have already been solved by other nations. Let us collaborate with other enlightened and forward looking countries in governance and in business, but as equal partners not as beggars. Mr President, we agree with you. We do not want aid; we want our dignity; we want a working and performance driven economy in which we can work hard to earn our keep and create wealth.

Let us deepen the civic education of the youth and transform their values and work ethics, and optimise the curriculum and make the education more pragmatic and suitable for this digital age. The content needed is everywhere on the internet. Let us improve internet access to cover all educational institutions 100 per cent so that with just a little guidance the youth can access the right information and grow their brain power, believing in work, productivity, performance and meritocracy as the only way to live a fulfilled life.

With the right vision, focus and determination, we can - in only a decade, focus on the adolescents and children population aged 0-19 and with the right education, knowledge, and tools - enable them to compete at the highest level globally to lift this country to the first world. The statistics are in our favour. According to the Statistics Services Department, the child and adolescent population of Ghana (as at 2010) Ghanaians aged 0-19 years is 48.9 per cent (12,060.387 out of 24,658,823). We still have time to fill these young minds with the right content, the information and knowledge that has been digitised to equip them with the capacity and tools to be in the vanguard of the digital revolution, and not in the rear as mere consumers of technology.

The role of law

We have all the laws that we need in Ghana. However, we must align them to be relevant to the new digitised age and enforce them. The protection of intellectual property, the respect, commitment and enforcement of contractual rights are important to the digital economy. This is so because its highest value is knowledge based. The blatant theft of intellectual property and the lack of quick remedies for breaches of contract in our jurisdiction will make it an unattractive destination for building these modern companies. If we do not build a modern and incorruptible judiciary, the bright children of today and tomorrow will move their talents to more open and accountable societies where they can protect their intellectual property and get value for their intellect.

Ghanaians like Thomas O. Mensah, a chemical engineer who worked in the area of nanotechnology and fibre optics, was a leading member of a team that invented the modern fibre optics in the USA. That enabled the world to transfer large amounts of data across computer works without which the digital age would not have been achieved. Another Ghanaian, Professor Nii Narkai Quaynor, a computer scientist, played a pioneering role in the introduction of the internet to Africa.

Many more Ghanaians played significant roles in this 3rd revolution. Kwabena Adu-Boahene, a professor of Bio-engineering and electrical engineering in Stanford University, is playing a role in the 4th industrial revolution. He was born in Ghana and was my senior at Mfantsipim School.

He then co-created Paypal; and in 2002, it sold for US$1.5billion owning 11per cent of the stock. He founded SpaceX which was given a contract by NASA to handle cargo for the international spaceship. He launched Tesla in 2008. In April 2017, Tesla overtook General Motors and was declared to be the most valuable USA car company. He was born in Africa.

There are many more stories of Africans migrating from Africa in this digital age and helping to create companies that have been valued or sold for billions of dollars, or contributed to the advancement of the digital age from the front and not the back. This year, Chinedu Echeruo, creator of Hopstop, sold it to Apple for US$1billion after founding it in 2005. Echeruo grew up in Eastern Nigeria and attended Kings College in Lagos, Nigeria, West Africa. [To be continued].