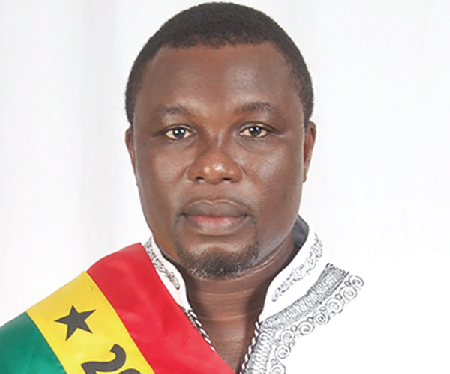 Once again, another National Farmers Day has gone by and the necessary recognition has been accorded our hardworking farmers and fishermen. They were honourably acknowledged and the most deserving ones duly awarded at the 32nd National Farmers’ Day at Kintampo in the Brong Ahafo Region.

For us as farmers, especially as the National Best Farmer in 2009, I think it’s time we also took stock of our activities over the past year and charted the path, going forward.

Our experiences over the past year have been plagued with a lot of challenges ranging from inadequate and late rainfall, scorching sun coupled with bush fires destroying crops in some areas, pest infestations, post-harvest losses due to lack of marketing avenues, low extension officer to farmer ratios and funding constraints which have together contributed to a reduction in our incomes.

Nevertheless, we have successfully celebrated another Farmers Day, on the theme: “Agriculture: A Business Response to Economic Growth”.

Agriculture is big business, looking at the value chain from production (farming, fishing, poultry and livestock) through processing, haulage, marketing and research, just to mention a few, whose contribution to economic growth and development cannot be overemphasised.

The new President of the African Development Bank, Akinwumi Adesina, observed in a recent paper: “Agriculture is a business. And the more we treat it as a business, as a way to create wealth, the more it will promote development and improve people’s lives.”

The contribution of agriculture to Ghana’s Gross Domestic Product (GDP) has sadly declined from 21.4 per cent in 2014 to 19 per cent in 2015. This decline is a cause for concern, considering that the agricultural sector is supposed to be the backbone of our economy, employing a whopping 44.7 per cent of the Ghanaian population who are 18 years and older. Thus, there is the need to really create an enabling environment and grow agriculture as a business.

However, agriculture, especially farming, in this country has always been perceived as a part-time job and is still practised in most parts at merely subsistence level. No wonder the sector is dominated by ageing peasants and is unable to attract the youth – a situation which, if left to default, could in the next 10 years have adverse effects on national development. Unfortunately, our graduates who studied agriculture in the university prefer to work in the banking sector rather than in mainstream agriculture.

Some of the challenges hampering the promotion of agriculture as a business are land degradation, an increase in the rate of real estate development, constraints in market access, lack of funding, land acquisition difficulties and sub-standard inputs such as the adulteration of agrochemicals.

Another issue that is confronting farmers is the problem of land degradation, especially through illegal mining (galamsey), which continues to be a serious menace and threat to farming and agriculture in general.

Once upon a time, illegal miners operated under the cover of darkness, using simple implements such as hoes and pickaxes to dig shallow pits, with occasional reports of some getting trapped underground. Now we see all around us emboldened “galamseyers” with very visible earth-moving equipment operating on large fields during the day and night, destroying large tracts of farmland, forests and water bodies, thereby depriving entire communities of safe drinking water and livelihood security.

Clearly, our authorities no longer see these activities as illegal. There is something very wrong somewhere. As a country, we need to take a serious look at this phenomenon and act urgently and persuasively reverse this trend to be able to achieve and protect our food security.

The sector is also saddled with cattle invading farms and grazing on crops, causing damage to life and properties. We believe that the passage of the Cattle Ranching Bill is long overdue and could help curtail some of these activities.

Production of poultry in this country is not very encouraging. I, therefore, urge government as a matter of urgency to promote the poultry industry since talking about food security is to have enough food and safe protein.

The sector should be supported with funds and research laboratories in various districts and be able to regulate the importation of chicken parts as a way of giving the farmers hope in realising their dream.

Even though government is poised to revamp the fishing industry, the sector is still faced with a host of unacceptable activities where some fisherfolk break laws (ie fishing with light , illegal activities of large fishing vessels, etc), making it difficult for other fisherfolk to make a living. It is my expectation that the authorities will make sure the laws work by bringing perpetrators to book with stiffer punishment to instil some sanity into the sector.

Another serious threat to agriculture as a business is the indiscriminate approach to estate development, whereby peri-urban and rural farmlands are being sold all over the country for the development of residential facilities without regard for the welfare of the farming households who are being displaced.

Other challenges faced by the agricultural sector in Ghana are poor infrastructure, including lack of attention to irrigation development, high transport costs, poor roads to farms, land acquisition, t enure issues and social and environmental problems.

To help solve some of these problems, the National Farmers and Fishermen’ Award Winners Association (NFFAWAG) has taken upon itself to sensitise and educate farmers onto the principles of farming as a business. In 2016, NFFAWAG, supported by Ghana Commercial Agricultural Project (GCAP) and CHEMICO Ghana Limited, organised workshops and seminars in the Northern, Brong-Ahafo and Western regions respectively. Farmers were taken through courses such as good agriculture practices, good record keeping and accounting, agribusiness financing and marketing, post-harvest losses, mapping of farms, business plan development and social and environmental safety on the farm. This was ostensibly to build their capacity and make them more competitive on the export and domestic market.

It also partnered GeoTech Systems to map farms and lands in Dunkwa in the Upper Denkyira District to determine the acreage of cocoa farms and other crops, as well as the scale of uncultivated lands and rivers to help in planning as far as inputs and financial assistance to farmers are concerned.

However, financial constraints prevent us from embarking on more of such programmes and I am imploring the government to help complete this laudable initiative to save the sector.

To attract the youth into farming and agriculture, NFFAWAG is rolling out a mentorship programme targeting the youth. Award winners will mentor a number of youth, training and motivating them to take up agriculture as a full-time business. The modalities are being worked out with the Ministry of Agriculture. (Of course, we don’t believe in asking every youth to go into agriculture since it will fail if such youth don’t have the passion).

We believe that agriculture is one of the keys to economic growth and poverty reduction. One way to treat agriculture like a business is to get the private sector to become more and deeply involved. The government should create the enabling environment by making more room for businesses to intervene and thrive. We could do this by putting facilitative policies and regulations in place, creating strong oversight institutions and building sufficient infrastructure.

On this note, I must say that the country’s over-reliance on cocoa as the main export is a recipe for disaster. The country should diversify and promote other non-traditional crops such as cashew and mango which have huge potential and high export value.

Another area of serious concern to farmers is the fertiliser subsidy programme. There is the need to take a second look and repackage it. We need to make sure fertiliser gets to peasant/smallholder farmers directly instead of the current trend where most of the subsidised and free fertiliser ends up in either being smuggled out of the country or in the hands of some agro input dealers who hoard them and eventually sell on the open market at a full cost after the subsidy programme.

The cartel in such trade where some of the distributors and agricultural officers connive to dupe the state must cease immediately.

We again plead with government to always listen to the farmers who are in the private sector since what Ghana needs is ‘Agriculture-led industrialisation’.