Our royal seal of approval 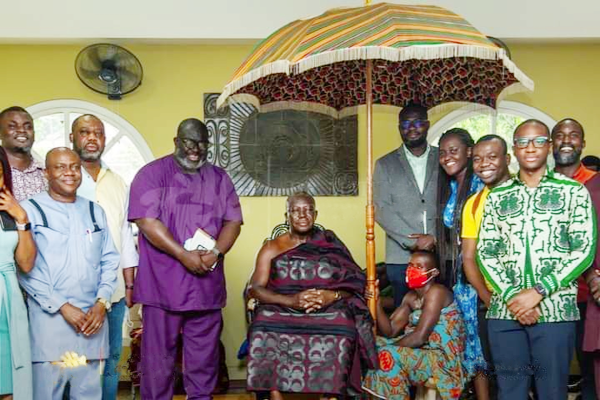 Over the past few weeks, parts of Kumasi and the Ashanti Region have been experiencing power outages, especially in the evenings.

Because of my frequent weekend visits to Kumasi, I have had the experience of fleeing my home in the evenings to sit out the power cut until about midnight.

Of course, if I am with friends or family whenever the lights go out, I get stares and giggles and the odd, snide "Ah, you have done your thing again!" comment.

The power challenge follows an incident at Bogoso in the Western Region on the 330Kv line that supplies power from Aboadze to the Ashanti Region and beyond.

On November 9, 2021, a communications mast collapsed on the lines and affected three of the power towers that support the system.

According to GRIDCo, as a result of this, most of the electricity supply has had to come from the Akosombo Dam and the power enclave located in Tema.

During peak demand periods, the transmission network cannot carry enough electricity to the country's middle and northern parts, resulting in the need to manage the power supply to Kumasi and its environs, to avoid a total system failure.

GRIDCO says that works have been expedited to reconstruct the fallen towers in order to undertake the necessary stringing of the power lines and restore service, with a December 20, 2021 timeline given to achieve completion.

Last week, the Energy Minister, Dr Matthew Prempeh (NAPO), was in Kumasi with officials of the ministry, the Electricity Company of Ghana (ECG), the Volta River Authority (VRA), GRIDCo and others to be briefed on these and other power-related developments in the region.

He also was at the Manhyia Palace to pay a courtesy call on the Asantehene, Otumfuo Osei Tutu II, and update him on these developments. I was fortunate to be in the delegation.

Surrounded by his courtiers, Otumfuo sat and received us warmly, regal as always, in a simple, patterned black cloth and without ornaments.

A beautiful umbrella hovered above him. Whilst one attendant wielded a giant traditional fan and made sure he was properly ventilated, another held a giant white handkerchief and mopped sweat off his brow and arms.

At that point, I wondered idly why I had not been born royal.

In stating his mission, the minister introduced his team of officials.

Of course, in COVID-19 times, one could not step up to Otumfuo and shake his hands as in times of old.

You simply approached him and then bowed halfway.

When my name was mentioned by the minister as his speechwriter and I stepped forward to pay homage, Otumfuo startled me by saying he reads this column every week and that I write very well.

Ladies and gentlemen, to say I was stunned is a gross understatement.

I stood rooted to the spot, grinning from ear to ear as 'the fans flowed', my head getting bigger by the second until I could hear a loud whooshing sound in my ear, like an overripe watermelon dropped from the top of a building.

As if that was not enough of a knockout, Otumfuo added for good measure that he had noted my social media campaign during the final of the recent National Science and Maths Quiz against Prempeh College, rooting for Keta SHTS instead. Clearly, Otumfuo is very well informed.

At this revelation, my minister, a proud Prempeh College alumnus, quipped "Hmm, Nana, aboa bi b3ka woa, ofiri wo ntoma mu' (to wit, Nana, the insect that will bite you is lurking in the folds of your cloth).

Everyone broke into laughter, including Otumfuo, who was wearing a cloth.

And so that is how this column received a full, royal seal of approval.

I am still reeling from it all.

I had no idea that over the past three years of this column, it had reached exalted circles.

I have received good feedback from the Juabenhene, Nana Otuo Siriboe II, the Agogohene, Nana Akuoko Sarpong, and the Catholic Archbishop of Kumasi, the Most Rev. Gabriel Anokye, but nothing quite prepared me for what happened at Manhyia.

Interestingly, as we left Otumfuo's presence, the next group coming in to pay a courtesy call was the Prempeh College team, brandishing their trophy and looking all excited.

I pretended I had not noticed them.

In all these years, there have been times when the demands of this column, the deadlines to be met in submitting articles and writers' block have all conspired to make me consider giving it all a rest.

But in all of this, the feedback I get from you, my readers, has spurred me on. Now with Manyhia's accolades, I hope to find new vigour.

Who knows what will happen if that vigour finds further favour with Otumfuo?

He might grant me a royal pass to Manhyia, so I can drop in for a chat every now and then.

Or he might grant me a stool, complete with my own courtiers, who will fan me and mop me and adjust my cloth when I sit in state.

This column can only go higher, thanks to you all.