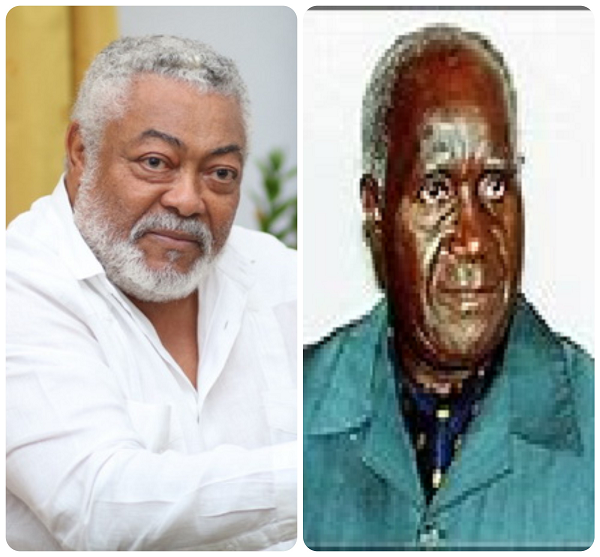 “I came, I saw, I conquered”, these words aptly describe the lives of two illustrious sons of Africa, who had the enviable privilege of ruling in their respective countries over a long period of time.

Very courageous and charismatic, they had all that it took to pull crowds wherever they went.

Despite all these attributes, they were down to earth, connected easily with all and championed the causes of the ordinary people in their respective countries.

Had it not been the strong tide of democracy that placed restrictions on presidential terms, their people would have loved them to stay in power for longer.

But finally, they had to bow out.

Unfortunately, the ever stronger and irresistible tide, death, swept them away denying their people the opportunity to have them around for as long as they wished.

Though they emerged on the political scene as leaders of different countries and at different periods of time, their lives and leadership styles have a lot in common, leaving valuable lessons to other leaders.

From 1964 to 1991, KK, as Kaunda was affectionately called by his people, was a popular name in Zambia just as JJ, the initials of Jerry John Rawlings, was popular among Ghanaians between 1979 to 2000.

Both men stood to fight, when they identified the enemy that was dragging down the progress and development of their respective countries.

Both of them displayed courageous leadership which came to the fore at the time when it was needed most.

Kaunda and Rawlings can both be described as individuals with complex personalities.

Love and hate were directed at them with equal passion.

Though in some ways they were imperfect leaders, their legacies were those of patriotism, unity and equality.

There was much to be admired in both leaders.

This was most demonstrated in their conception of humanity, a social philosophy of inclusiveness influenced by their Christian faith.

They consider everyone as equal, whether an urban or rural dweller.

No wonder that rural communities enjoyed development by the extension of electricity and other critical infrastructure.

Both men also demonstrated strong leadership as exemplified by their willingness to admit mistakes and wrongdoings.

Rawlings always spoke about excesses in the “revolution” that propelled him to power in 1979, which obviously resulted in murders and human right abuses at that time.

Kaunda banned political opposition in Zambia in 1973, but his willingness to reverse this decision characterised his leadership.

As the former Vice-President of Zambia, Guy Scott, explains in Adventure In Zambian Politics: A Story In Black And White, “It was much to our surprise that when it became unquestionable that the freedom struggle had ended in South Africa, he (Kaunda) readily agreed to sign away the one party state and hold elections.”

Their leadership eventually laid the foundation for multi-party democracy in their respective countries.

They provided good examples of how to exit power when elections were lost.

Rawlings handed over peacefully to his successor J. A. Kufuor, when his democratic term ended in the year 2000.

In 1991, when Kaunda was ousted from office, he accepted it gracefully waving his trademark white handkerchief as a sign.

When they could have clinged to power at any cost, as most leaders of the continent do, they chose to prioritise the stability and welfare of their countries and let the tide of democracy have its way.

Decades after their departure from power Kaunda and Rawlings remain much loved and revered.

The writer is with the Institute of Current Affairs and Diplomacy (ICAD), E-mail: This email address is being protected from spambots. You need JavaScript enabled to view it.