Interceding for the nation 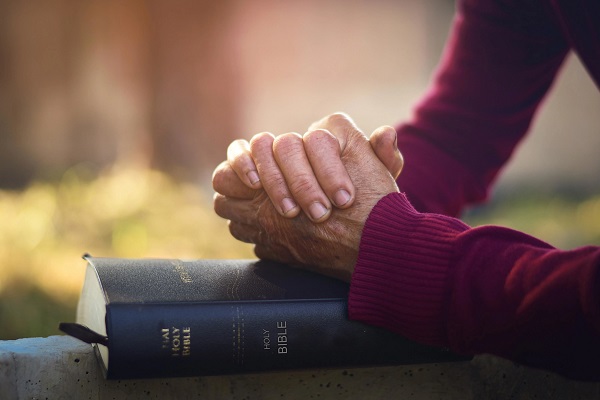 Interceding for the nation
30.5k Shares

Why do some people rubbish the church’s call to prayer and repentance, and yet enjoy the church’s many developmental projects in education, agriculture, health, social interventions, and spiritual guide?

Pride – that is why some people feel annoyed about the call to prayer. Ignorance has a role to play, likewise the lack of knowledge, but pride is the foremost reason.

Every time a person thinks of himself wise and strong and does not need the help of God, that person is exercising pride of the highest order.

But even worse than pride is the more serious condition of unbelief – the feeling that there is no God to pray to.

We turn regularly to the world’s leading economy – the United States of America – for economic support. Yet they have instituted a National Day of Prayer which was sanctioned by the U.S. Congress.


The purpose, as stated by Joyce Meyer, one of America’s well-known Bible teachers, “is to encourage all citizens to turn to God in prayer for our nation and its leaders.”

If a nation with a strong economy prays to God for help, then we, with our young and stressed economy, need to cry out more strongly to the Almighty for a bigger help.

For “God is our refuge and strength, the ever-present help in trouble” (Psalm 46:1). In all scripture, God invites humanity to draw close to him, bring our burdens to him, and trust him to help us.

Imagine the prodigal son telling a colleague on the pig farm, “I must go to my father and talk to him.”
Picture the colleague saying, “What’s the need to talk to your father? He gave you resources and the wisdom to apply the resources for your own good.

“After causing a mess, do you want to go and talk to your father? It is a waste of time. Use your brains to solve your problems and stop worrying your father.”
Such a weak counsel would have deprived the prodigal son of his father’s bounteous generosity. For the father, with a big heart, longed for his son to come to him.

Similary, the Lord calls to us, “Come to me all who are weary and burdened, and I will give you rest” (Matthew 11:28).

Those who say that it is a waste of time to pray to God about our economic difficulties – because we caused the mess ourselves—are like the pig farm colleague.
We who are prodigal sons, who admit that we’ve caused a mess to our economy, must plug our ears against the utterances of pig farm colleagues and return to God and cry to him for help.

Admittedly, human beings in every generation have failed to be good stewards of God’s blessings. We are constantly messing up.

That is why our response to the call to prayer must come with repentance and confessions of sins. We must turn away from our wicked deeds – corruption, immorality, bloodshed, and idolatry.

A critical condition for receiving God’s favour is repentance, although there are times when God has helped his people for his own glory irrespective of their circumstance.

It is only when we fail to repent and ask for forgiveness that our religious activities become “noise” in God’s ears, not when we approach him with a broken and contrite heart.

When the economy of ancient Israelite’s city of Samaria collapsed due to the Syrian siege, their plight was worse than ours. So severe was the ensuing famine that some people ate human flesh to survive!

Then Elisha the prophet declared that better days were ahead when God would come to their aid. “Tomorrow at about this time,” he said, there would be relief (2 Kings 7:1).

In hard times like these, we need such words of hope and encouragement rather than grumbling and complaining.

We need to reach out to the rock that is higher than us. We must intercede for our nation and exercise optimism and courageous expectation.

That was the hope Elisha brought to the people. But a conceited officer of the king, doubting the possibility of God’s intervention, retorted scornfully, “Even if the Lord should open the floodgates of the heavens, could this happen?”

To such an officer, there was no need to pray or seek divine help. Elisha, who was a no-nonsense prophet, said to him, “You will see it with your own eyes, but you will not eat any of it!” And it happened.

Without doubt, God does not condone wrongdoing, and disciplines us when we go astray. Yet he welcomes us back when we acknowledge our sins and cry to him for help.

No church calls people to pray only and do nothing else. Certainly not. We must work as hard as we can, use every opportunity available, and be creative and persistent. But we must also pray, for prayer changes things and reaches where we cannot reach.

The writer is a publisher, author, writer-trainer and CEO of Step Publishers.
E-mail: This email address is being protected from spambots. You need JavaScript enabled to view it.