In the abundance of water.... 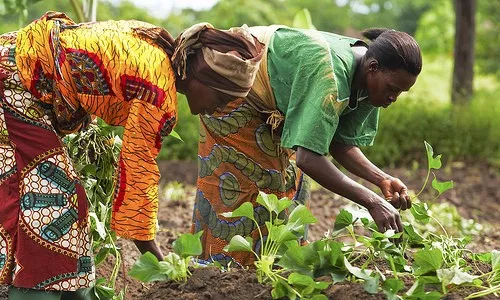 My subject today is agriculture without rain or surface water, but pardon a little digression.

Some people are not doing their jobs well as advisers to the President. How can anybody who knows the Ghanaian economy advise President Akufo-Addo to travel with an Airbus ACJ320 that costs 15,000 pounds sterling an hour to fly?

Nobody wants the President dead in a flying coffin, but certainly our Defence Minister’s excuses aren’t holding water, and it was evident that both in Parliament and on television, he was clearly out of his depths.

How has it suddenly become imperative for our beloved President to have a shower in the plane before he lands? No, our common poverty cannot afford this level of luxury.

And why must our President fly with more than six (maximum 10) officials to a conference when there are brilliant Ghanaian diplomats in all the countries he visits?

Remember John Magafuli (RIP). He reduced a Tanzanian delegation to a Commonwealth meeting from 50 to five! They went and did the work, even with better efficiency.

Now to some agriculture.

One of the most successful programmes of the current government is ‘Planting for Food and Jobs’, and yet in 2021, our rice farmers are still crying over lack of rains.

As far back as the Supreme Military Council era in Ghana in the 1980s, irrigation schemes at Dawhenya, Asutsuare, Tono, etc. were in full operation, enabling all-year-round cultivation of any crop of our dreams.

The headache of the farmers in the 70s was how to transport their yield to the market. Ten years ago under Jerry Rawlings, the same cry was going up.

In 2021, tomatoes are still rotting on farms because there are no trucks to haul them to the market, and no roads for the trucks, because there is no money!!!

One of the major problems that inhibit growth in the agricultural sector is the heavy reliance on rainfall as the main source of water for planting.

Researchers estimate that only 1.6 per cent of land (or 31,000 hectares) out of the total irrigable lands in Ghana are under fully controlled irrigations.

Only last week, rice farmers somewhere in the Eastern Region were tearfully complaining that the rains had failed them big time this year. On television, there were shots of cracked grains and browned rice stalks.

Some irrigation is going on, I know. I also know that with World Bank funding, the West Africa Agricultural Productivity Programme (WAPPP) is supporting a Greenhouse project for the cultivation of vegetables.

That is all fine, but science and technology have advanced so much that we no longer need to be close to surface water for irrigation to be possible.

All one needs is a borehole and the ability to pump the water to irrigate farms over long distances. What did God give us the sun for? In Ghana, a country blessed with inexhaustible resource for solar energy (Council for Scientific and Industrial Research scientists tell me that we have an average solar radiation of 5.1 kWh/m2 per day), the sun’s energy can be tapped through solar water pumps to facilitate all-year farming in Ghana.

Ladies and gentlemen, I am not talking about the future. It is happening right now in Ghana.

The CSIR-Institute of Industrial Research (IIR) has developed and tested a mobile phone application (App) that remotely controls a solar-powered irrigation pump.

From your phone, the app turns on the pump through which water from the borehole flows into PVC pipes around the farm to water the crops.

It is a beautiful story. Farms as small as one acre and as large as a thousand acres can be irrigated via this technology.

Farms as close as 100 metres and as far away as a million kilometres can be irrigated remotely using this technology.

Fortunately, the government does not need to import the solar panels. They are available on the local market.

At the risk of boring my readers to tears, I repeat that with this system, farming is possible everywhere – wherever you can sink a borehole.

All you need is soil. You can plant rice and even cocoa anywhere and harvest many times a year.

The development of this technology has been made possible with funds from the Canadian government. By now, I am sure everybody knows that in Ghana, money for actual research comes from foreign donors and that Ghana governments have only had money to pay the salaries of our research scientists.

No wonder we are farming as our great ancestors farmed.