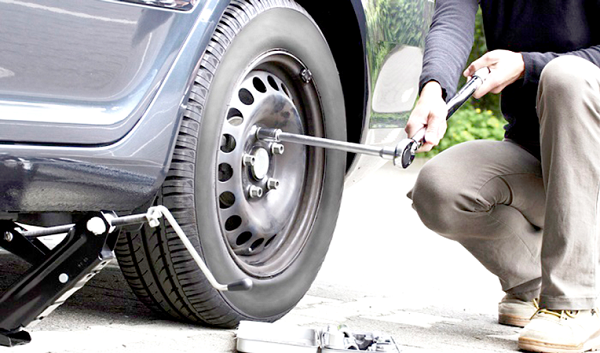 I remember in 2012, after I had written an article on prevention of road traffic accidents (RTA) which was published by the Daily Graphic edition of January 20, 2012, I was discussing the causes and prevention of RTA with a friend.

When I told him that most RTA were preventable and that human error was to blame for almost all of them, he disagreed with me citing a burst tyre as something which could not be foreseen and, therefore, not preventable.

What my friend did not realise was that, tyres normally do not burst in a vacuum.

There are usually antecedent causes, chief among them being worn out and expired tyres, all of which can be avoided.

A lot of people do not know that tyres have expiry dates whether they have been used or not.

I believe that of all the causes of RTA, those due to defective tyres are the most predictable and, therefore, most preventable.

It is, therefore, sad to note that a burst tyre is becoming a leading cause of accidents on our roads.

If there is a problem with the engine, the vehicle may not be able to move and no one is at risk.

Sadly, defective tyres cause problems when the car is in motion, the greater the speed the more the disaster in the event of an accident.

The story often told after such an accident is that there was “a speeding sprinter bus.

As it descended a hill, one of the front tyres suddenly got burst.

The driver sensing danger, immediately applied the brakes and the vehicle veered off the road and summersaulted several times”.

We are always quick to recount this.

But are we that same quick to find and institute preventive measures?

Just stand by the roadside and watch the tyres of some commercial vehicles.

Some are so worn out that you will marvel when you learn that such a vehicle had just returned from a long journey without any mishap.

The situation can be described as accident-in-waiting.

To say that a lot of commercial vehicles do not have roadworthy tyres is to say the obvious.

This is because we do not have an independent tyre inspection teams (TIT) in place at the stations.

This can easily be done considering the fact that most of these commercial vehicles have stations where they load and offload.

I do not think that passengers will be hesitant to get off vehicles found to have defective tyres, once it’s made known to them

All that the transport unions and station masters need to do, is to liaise with the tyre sellers to form TIT at each major station with the sole responsibility of checking the tyres of every commercial vehicle that leaves the station.

The good thing is that because the inspection team includes the tyre sellers, owners of defective vehicles can be assisted to purchase good quality tyres on flexible terms.

This is also to say that no vehicle should be allowed to take off from the station until the inspection team has given it the green light.

I must admit that not all commercial vehicles load and offload at stations.

The TIT, once given the mandate, can also stand by the roadside and continue with their activities.

Certainly, there may be resistance from recalcitrant drivers but as I have pointed out, once attention is drawn to such defective vehicles, under normal circumstances, no sound passenger will be willing to continue their journey on such vehicles.

Causes of RTA are widely known, yet accidents have been on the increase.

It appears control measures have remained largely inadequate.
It is sad to note that a lot of commercial “207 sprinter” buses carrying over 20 passengers only have four tyres, two in front and two at the back when even some tricycles, popularly referred to as Aboboyaa, which carry only goods, have five tyres, one in front and four at the back.

Since most fatal RTA involving commercial buses occur at night (usually between 1am and 3am, when the brain is at its sleeping best), measures aimed at controlling deep night driving, coupled with the use of recommended tyres will help reduce RTA drastically.

The writer is Medical Director, Royal Medical Agency and Clinic. E-mail: This email address is being protected from spambots. You need JavaScript enabled to view it.