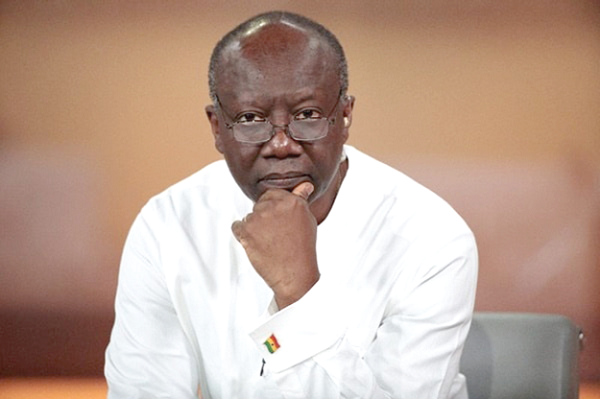 I came across a news item the other day and allowed myself a rather wan smile pregnant with memories.

Apparently, the Minister for Finance and Economic Planning, Mr Ken Ofori-Atta, was scheduled to present the government’s 2022 budget statement (properly called ‘The 2022 Budget and Economic Policy’) yesterday, but this has been rescheduled to tomorrow.

In terms of news visibility, this hardly caused a blip of anticipation on the radar.

After all, we all know the script.

Uncle Ken will turn up on the day in Parliament in his white apparel, like a knight in shining armour, stand on his feet for God knows how long and deliver a long speech peppered with biblical quotations in his soft voice, to whoops of delight from the government side and boos from the opposition benches.

Each side will then christen the budget according to their partisan political position, projecting it as either the best thing that has happened to Ghanaians, or a plague that has been visited upon the people.

The media will lap it all up with interviews and analysis stretching from Half Axim to Jerusalem and social media will explode with posturing opinions, pseudo-economics and ‘akpeteshie bar’ analysis by people who, like me, have next to zero economics or finance background.

A few days later, the buzz will die down, we will all adjust or resign ourselves to whatever the budget has in store for us and the sun will still rise in the east and set in the west, as it has been doing since the dawn of time.

It has not always been like this in our beloved country.

There was a time when an announcement that there was going to be a budget reading literally got the whole country sitting on edge.

This was in the 1980s, during the revolutionary era of the late Papa Jerry Rawlings, Head of State, Chairman of the Provisional National Defence Council (PNDC) and emperor of all that he surveyed in the country.

A trick some traders adopted was to hedge; when budget was imminent, they hoard their goods and then cash in on the windfall when the budget predictably increased fuel prices and everything else shot through the roof.

The long-serving Finance Minister, Dr Kwesi Botchway, who served in the position from 1982 to 1995, really did strike fear in the nation’s heart when he appeared on TV with his piercing eyes, a smile and speckled socialist beard to deliver the budget.

The whole country would be quiet, awaiting its fate, like a man whose death sentence has been sealed and who has been tied to the stakes, hood in place and awaiting the sound of gunfire to put him out of his miserable existence.

There was no Parliament back then, so there were no opposition members to heckle him, and he went about his business in peace.

This was not to say there was no grumbling back in the day, but especially in the early, heated years of the revolution you kept your ‘against’ opinions to yourself, with no social media to vent your frustrations and vituperations.

After that you simply resigned yourself to your fate and went on with your life.

Of course the state media would go into full gear, lapping it all up and dishing out the praise like confetti, and that was it.

I was too young to understand the nitty-gritty of Uncle Kwesi’s budget readings, but the simplicity of the aftermath was pretty straightforward to me.

How can one talk about the budget and the economy back in the day without talking about the various measures the government put in place to try to contain the aftermath of our running to the IMF and World Bank in the mid-80s after the government realised that the fiery socialist rhetoric of the earlier years of the revolution did not and could not balance the books?

There was the Structural Adjustment Programme (SAP), which came in two phases (I and II).

Then came my favourite, which I did not understand, but which acronym I simply was in love with – PAMSCAD, which translates as Programme of Action to Mitigate the Social Cost of Adjustment, with a tag of $85million.

PAMSCAD and SAP I and II followed the launch in 1983 of the Economic Recovery Programme (ERP I and II).

The government was big on jargons, and I loved them even if they meant little to me.

Tomorrow, when the Finance Minister turns up in Parliament and takes his place in his white apparel and with his trademark gentle, saintly demeanour, I shall be seated in the comfortable sofa in my office, watching him live on TV.

I like how Uncle Ken begins literally every sentence with ‘Mr Speaker’, and I am sure someone will be keeping count.

Most of his technical language will pass over my head, for I am no economics or finance guru, and too many figures make me rather dizzy.

But that is not the point.

I will enjoy the predictable theatrics in the house from both sides that give colour to the whole affair.

I do not expect them to sit still and be quiet like nuns in a convent.

The waving of mini-placards, the cheering, the banging of desks and the hissing are all such a departure from the drab presentation on black and white TV back in the revolutionary days.

I can predict that the National Democratic Congress (NDC) Members of Parliament (MPs) will wear black with red headbands or wristbands to signify they are mourning for Ghanaians, while the New Patriotic Party (NPP) MPs will wear white and wave white handkerchiefs.

As to how each side in the House will christen the budget, I am keeping my guesses to myself.

I trust each side to come up with something creative.