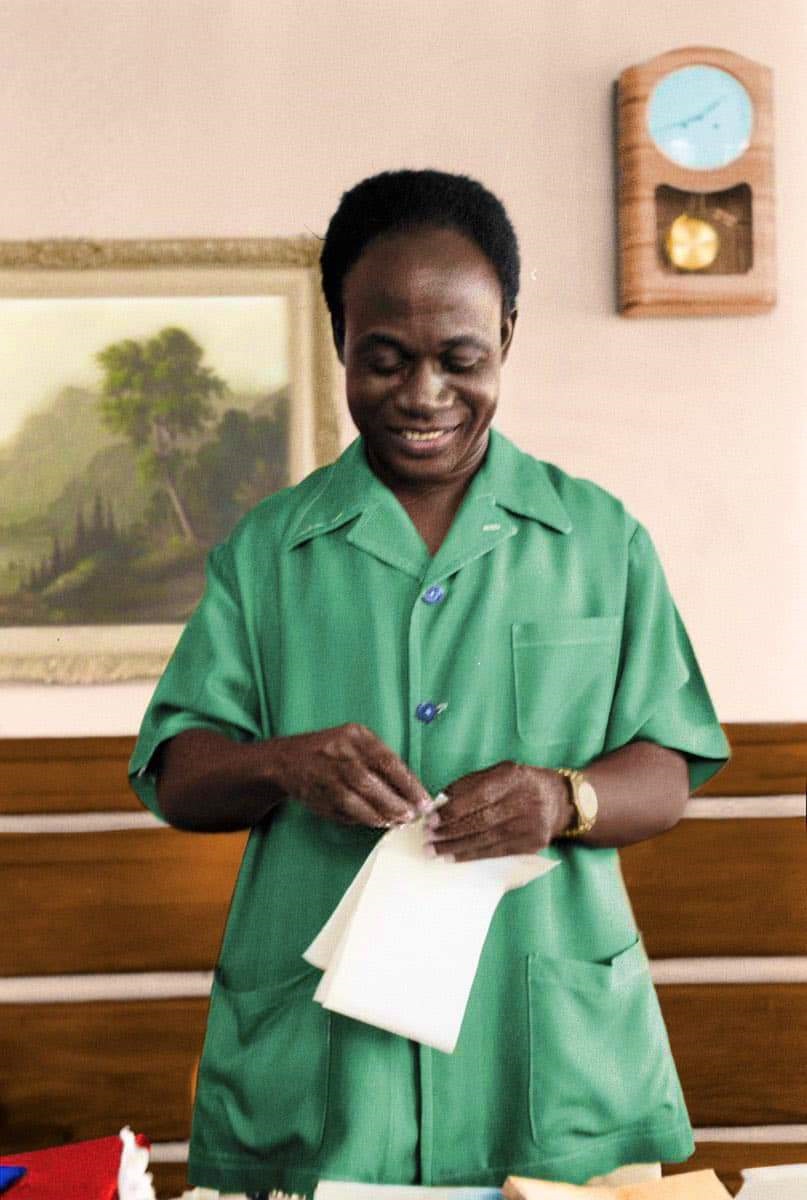 It is not for nothing that in the BBC Poll conducted in 2000, the majority in the world chose Kwame Nkrumah as Africa's Man of the Millennium, 28 years after his death and in a period when Mandela was not only alive but his popularity had soared.

Kwame Nkrumah owned no mansions; even his official clothes belonged to the State. His ideology was Africanism and his constituency was Africa. In Accra, Ghana's capital, though he was not to the native born, he polled 22,780 of the 23,122 votes in the Accra Central seat and his CPP won 34 of the 38 popularly contested seats in the 1951 elections.

Because he was a human being, he had his faults, plenty. For instance, the declaration of Ghana as a one-party state made him out to be a megalomania intolerant of criticism or organised opposition. Twinned to the one-party state was the Preventive Detention law.

All of the above notwithstanding, I am an Nkrumahist and I come bearing no apologies. I am not CPP but I would vote for that party if either Professor Agyeman Badu Akosah, Kwesi Pratt or Abdul Malik Kweku Baako ever become its flag bearer.

Last Wednesday's holiday was not because Nkrumah was one time President of Ghana: his birthday is a commemoration of a man who was so visionary that it was in the interest of the West to get rid of him.

Nkrumah gave them a few headaches. They may have asked themselves at the time: if, in 1964, Ghana was leading Africa to own an atomic reactor, what would be the fate of the western powers by 2022? If by 1957, Ghana knew what it was going to do with hydroelectric dam and could manufacture glass (!) et al, then this African is better dead than alive.

Yes, they overthrew him, but his ideas for development are still a master plan. Yes, he is dead, physically, but in death, Nkrumah is larger than life.

Have we paused to ask ourselves how many other pioneer African leaders remain in memory, let alone celebrated?

Nyerere? The poorest President that ever lived! At the time he was exiting office, he did not own a vehicle; someone had to mobilise Parliament and others to raise money to buy him a car!

Sankara? One of a kind revolutionary. He sold the luxury cars bought for use by elected officials and replaced them with the country's cheapest economy cars. A direct result of his agricultural revolution was that wheat production rose in three years from 1,700 kilos per hectare to 3,800 kilos per hectare, making the country food self-sufficient without foreign aid.

Some types of leaders emerge once in five decades. Paul Kegame is one of them. He is seen as the next after Kwame Nkrumah. Accuse him all you can about strong-arm tactics but Kegame is the answer Africa has needed for years. Maternal mortality ratios in the country decreased by 77 per cent between 2000 and 2013. The city of Kigali that used to be the dirtiest in the world is now the cleanest. The country is so safe ministers no longer require personal security detail.

Pitched against the two shining examples are four former Presidents whom Africa wishes to forget in a hurry.

We will not deal with Hastings Kamuzu Banda of Malawi for now.

The writer is Executive Director, Centre for Communication and Culture.