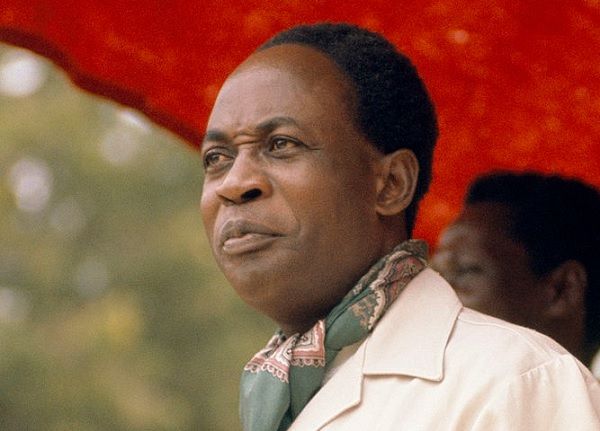 Last week Monday marked the 54th anniversary of the overthrow of Osagyefo Dr Kwame Nkrumah, Ghana’s first president, in what was believed and is still believed to be a CIA sponsored coup.

It was a dark day for students of the African Revolution spread throughout the continent and followers of the Osagyefo at home and abroad.

To all the millions of admirers of Nkrumah across the globe they believed the lights literally went off in one of the most progressive countries in the then Free World.

It is more than half a century since that earth–shaking event. Far more than half the population of Ghana, put today at about 30 million, had not been born. A great proportion of that number were too young to know what was going on that fateful day.

However, there is no event in Ghana’s 63 years history that has been told and retold, captured from different angles and seen from different lenses, like the overthrow of Nkrumah 54 years ago.

To the friends and well–wishers of Nkrumah it was the end of an era while to his enemies and opponents it was good riddance for a brutal dictator. Whichever way one looks at the fall of Nkrumah, it is certain that the stature of Nkrumah has grown immeasurably since his overthrow and especially since his demise almost 48 years ago.

Before I comment further on the growing stature of Nkrumah today, at home and abroad, I will like to go down memory lane and tell my readers about what I remember about the coup and where I was on February 24, 1966.

I entered Konongo/Odumasi Secondary School (KOSS) in October 1965 as a pioneer sixth former, with 15 other mates. We were therefore in the second term of the academic year 1965/66, our first year, when the coup took place.

As we prepared for assembly that morning of February 24, 1966 news started filtering in that a coup had taken place and that Nkrumah who had left Ghana three days earlier (February 21) on a peace mission to Hanoi to broker peace in the Vietnam War had been removed from office by a group of military and police officers.

We first treated this as a rumour but by 10:00a.m. there was confirmation as those with radio sets, especially the teachers, could be seen listening to the news on their sets.

Even though the coup was least expected at the time there was wild jubilation among a section of the teachers and students while there was mute silence among CPP elements at the school who watched the celebration in dismay.

Before the coup KOSS had found itself in a peculiar situation. There was one particular student, Kofi Owusu, who was feared by many at the school because his fees were paid directly from the CPP headquarters in Accra. He was therefore an untouchable.

Kofi Owusu was in form four while I was in Lower Six at the time of the coup. I did not see him as a troublesome student but he was held in awe by teachers and students alike, including the headmaster.

He did not get on well with the Senior Prefect (SP) of the school, Augustine Amakye–Ansah the last form five student to head the school.

He and Kofi Owusu were always at loggerheads. The coup gave Amakye-Ansah the opportunity to descend heavily on the Kwame Nkrumah boy, taking his pound of flesh. It was the same Kofi Owusu who was involved in Arthur’s coup a year later, during which Gen. E.K. Kotoka was assassinated.

I must say that classes were disrupted after 10:00a.m. on February 24, 1966. Students could be seen in groups discussing the event while the teachers left for town to get more information on the coup. The students waited till 6:00p.m. when the television was switched on for us to witness the event of the day on the screen, black and white, at the time.

Television had been introduced in Ghana on June 30, 1965. It was a major source of information and entertainment for Ghanaians, students in boarding houses included. In the evening of February 24, 1966 students at KOSS filled every space available in the T.V room. We all watched soldiers in battle–dresses marching through the streets of Accra and other regional capitals jubilating over the overthrow of the once powerful Osagyefo.

Well as it is now known, the National Liberation Council (NLC) took over the reins of government, with Gen. J. A. Ankrah as the chairman, while Col. A. A. Afrifa and Gen. Kotoka, the real architects of the coup, served as members of the NLC.

The NLC tried to undo all that Nkrumah had done to place Ghana on the world map in every sphere of endeavour. It was a crime to be seen with an effigy of Nkrumah or anything that bore his name or to be heard discussing Nkrumah in good light. Certainly there was a calculated attempt to obliterate Nkrumah’s name from Ghana’s history. To win the support of the West, Nkrumah was accused of being a communist.

All the CPP ministers were barred from holding public office for 10 years while all the factories established by Nkrumah, including the Kade Match Factory, Pwalugu Tomafo Factory, Aboso Glass Factory, the Zuarungu Meat Factory, the Bunsa Tyre Factory and several others were all sold to private individuals, leading to their collapse.

It was not until the emergence of the National Redemption Council (NRC) led by Col. Kutu Acheampong that overthrew the Progress Party government of Prof. K. A. Busia on January 13, 1972 that any attempt was made to rehabilitate Nkrumah.

The Osagyefo was probably sick and a dying man when Kutu and co seized power. On April 27, 1972 his death was announced in Bucharest, Romania. It took some diplomatic manoeuvring before President Sekou Toure released his body to be flown to Ghana in July for burial at Nkroful, his hometown, before it found a permanent home in what is now Kwame Nkrumah Mausoleum, the spot, then known as Old Polo Grounds where Nkrumah declared independence on March 6, 1957.

Nkrumah practically bounced back to life after his internment in Ghana in 1972 as his followers, led by Imoru Egala, then banned from holding public office, swept to power as the People’s National Party (PNP) in the 1979 General Election that ushered in the Third Republic with Dr Hilla Liman as the President.

Even though the Third Republic, like the Second Republic, lasted only 27 months it was evident that the bartered image of Nkrumah was on the way to recovery. No more was the Osagyefo accused of showing more interest in African affairs than in Ghana since the flame he lit at the beginning of the African renaissance had consumed all colonial forces leading to the complete emancipation of the African continent.

It therefore came as no surprise to his followers when in 2000 he was voted Africa’s man of the millennium in a poll conducted by the BBC. Then South Africa’s sitting president, Nelson Mandela, many people’s favourite, came a distant second.

The Africa Union (AU) also, in recognition of the yeoman’s role Nkrumah played in the decolonisation process, erected a giant statue in his honour and memory at the headquarters of the AU in Addis Ababa.

Even though his opponents accused him of abandoning Ghana in favour of his African adventure, today, almost half a century after his death, Ghanaians believe his contribution to Ghana’s development cannot be matched by any Ghanaian leader, both military and civilian, who came after him.

It is always a matter of joy to read the views of young Ghanaians who were not born when Nkrumah held sway writing so favourably about the Osagyefo.

Certainly, for generations to come the man Nkrumah will continue to generate debate among writers of African history, as his name will continue to come under the microscope, giving meaning to the long held view by his supporters and admirers that “Nkrumah Never Dies.”

Writer’s e-mail: This email address is being protected from spambots. You need JavaScript enabled to view it. or Tel. 0275 193140.