How many are we? 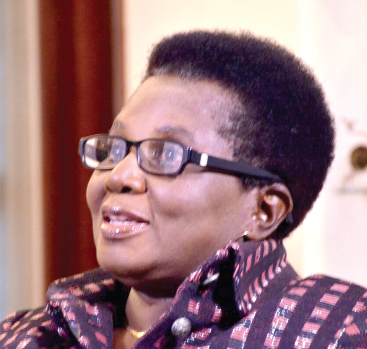 I don’t know if we are calling this census the 2020 Census. We get counted every 10 years and the last time was in 2010. As we all know, the census should have taken place last year, but the outbreak of the COVID-19 pandemic put paid to that and we are instead having to do it this year.

I can’t imagine anything more important that would involve everyone being done in this country.

We in Ghana have always had difficulties with figures.

There is always an argument about how many of us there are. There seems to be a general reluctance to believe whatever official figures that are put out about anything and everything.

It might well be because people tend not to have much respect for figures and do not seem to think there is any moral consideration in exaggerating or reducing figures.

Just think of the endless problems with age that bedevil us in the workplace. People are not embarrassed to claim an age that would have placed them in Primary One before they were born.

This total disregard for the sanctity of figures is at the heart of the difficulties we have with planning.

We have to know how many four-year-olds there would be next year to be able to plan for how many kindergarten places we require and how many books they would need. Unless we have a true count, we shall never know and will never be able to plan.

I have seen such a wide range of figures for our housing needs for example, I don’t know what to believe.

There are many things we can have arguments about, but we should not have to be arguing about things that can be counted.

We have an opportunity to resolve those things this week as we get into the census. I was impressed by the two young people who came to count the structures in our home. They were purposeful, and they gave you the impression they knew what they were doing, which was most reassuring.

I am looking forward to the counting of the human beings and all the interesting information that emerge after the count.

Please make sure you are counted and encourage everyone else who would listen to you to make sure to be counted.

It is a terrible cliché I know, but I can’t find a better way of putting it: we all have a chance to be part of the solution. Make sure you are counted.

I am in mourning President Kenneth Kaunda. I am not quite sure what the language is for celebrating the life of someone who departs after a long and fulfilled life.

At 97, it is fair to say that the former President of Zambia, Kenneth Kaunda, affectionately called KK, had a good inning and had the opportunity of saying all his goodbyes before his departure on June 17.

It is 1988 and I have arrived at Lusaka International Airport and been met by Denis Liwewe, the legendary Zambian sports writer.

I am in Zambia for what was called in those days in the BBC, a duty trip. The BBC sends you to a country to travel around, meet and get to know people, follow the local stories, put faces to the voices we have been interviewing over crackly telephone lines, conduct face-to-face interviews, and boost your address book.

Denis Liwewe was the sports reporter for the BBC African Service in Zambia and as he drove me from the airport into town, I asked him if he had empty beer and soft drink bottles in the boot of his car.

He was so surprised by the question, he almost swung the car into a gutter. How did I know this?, he asked in awe.

But there was no mystery really. I had lived in Ghana in the shortage years when we all carried crates of empty bottles in our cars all the time in the hope we might find a place where drinks were being sold and we could buy and not have to be sorry we did not have empties.

So if you sat in a car anywhere in the world and there was an orchestra of empty bottles playing in the boot, you needed no telling you were in a country of shortages.

That was the Zambia I got to in 1988. The country was in dire economic straits and President Kaunda was having a hard time with his people.

The slogan, “God in Heaven, Kaunda on Earth” now had more of a hollow sound than anything else and wasn’t even funny.

He was under pressure to give up on the one-party State and allow multi parties. On the international scene, however, President Kaunda was very much still a colossus.

He was the undisputed leader of the frontline states and he was concentrating most of his energies on getting apartheid to an end in South Africa.

He had provided refuge to the liberation movements and Lusaka was the head office of the ANC and SWAPO in exile.

Indeed, four days before I arrived in Lusaka, a South African Air Force jet had come in and performed one of its regular bombing of the ANC office.

With Denis Liwewe as my escort, it was not difficult to get an interview with the President, who was a football lover himself, so much so the national football team had the unofficial name KK11.

The interview at State House was something of a drama.

We sat in the garden with peacocks showing off and an audience of officials and journalists seated as though they were watching a performance.

A Zambia TV crew recorded the interview, I couldn’t understand that but that was the setup. It was my interview, I had a tape recorder, I asked the questions but the state broadcaster recorded it all.

There were no holds barred, I asked whatever question I wanted to and after it was over, President Kaunda was the only one smiling, much of the audience was horrified and they said I had been tough on him.

If he felt I had been tough, he gave no indication. He invited me to lunch and introduced me to whoever came near as his “Sparring Partner”.

I met him on two more occasions before he was trounced at the 1991 election and on one memorable occasion in South Africa after the end of apartheid.

Two days after the interview in the State House gardens, I went to Kitwe and interviewed a certain Frederick Chiluba who was at that time working with a mining company. There were only the two of us in his office when I interviewed him, sitting at his completely empty desk.

I had two memorable interviews that week, Frederick Chiluba was to become President and Kenneth Kaunda lost the Presidency.

It is the memory of President Kaunda, my “Sparring Partner”, that has stayed with me all these years.