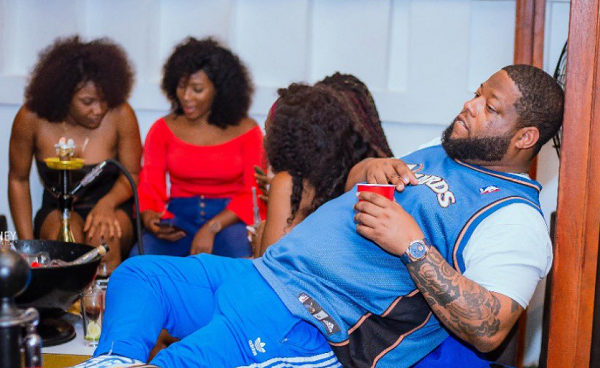 Desmond Blackmore, the Ghanaian rapper known by the stage name D-Black has released the visuals for a new song hours after a video of him engaging in a sex act with a woman was leaked on social media.

The song titled Falaa features rapper Medikal and speaks about how to "pick up" women without spending money.

He posted the video for the song with the caption "Full video out!!" alongside an emoji of sushi - a reference to a comment he made in the leaked video.

In separate tweets, the rapper saw the funny side of his trolls who referred to some of his comments in the leaked video.

He also denied the suggestion that the sex video could have been leaked intentionally to hype the Falaa video which has over 4,000 views on Youtube.

And when we were eating she took out the phone and started taking snaps. There and then I should have left.

At least now we all know why Dr UN found it necessary to give D Black an award 😂😂 pic.twitter.com/uoDLOtpFhy

Roof over our heads - 204 Housing units built in 9 months