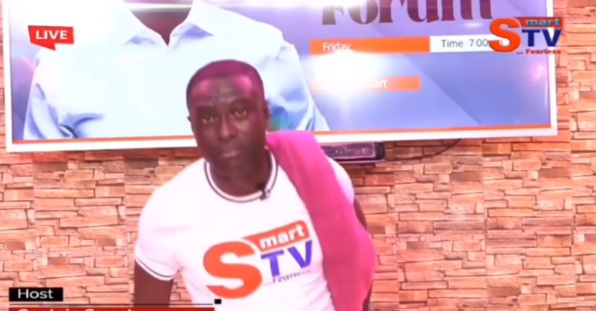 In a live video on his Smart TV GHANA Facebook Page on May 28, Captain smart said he was quitting because he does not want to be the reason for the collapse of the businesses of the Chairman of the Angel Group of Companies, Dr Kwaku Oteng.

"I can never shut up... I am not coming again... I met your lawyer (yesterday) he came to me, a lot of people have called me that you have called them to talk to me", Captain Smart said.

"I came to help, I am done. 1st June is exactly one year that I joined ABN... I am officially announcing to you that I am out".

His resignation comes barely three weeks after his suspension from Angel FM, where he doubled as the Director of Operations of Angel Broadcasting Network.

He was expected to resume work on June 4, 2021, following his suspension for insulting government officials on air.