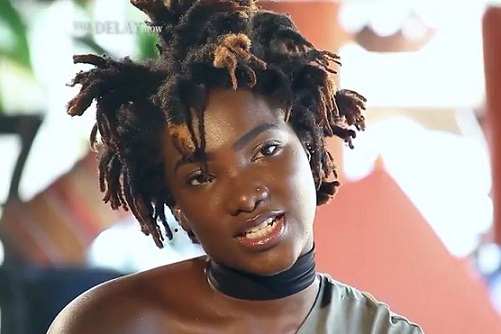 Dancehall artiste Ebony Reigns was crowned posthumously as the Artiste of the Year on the night the whole music industry in Ghana gathered to reward those who did well in 2017 and are deserving of picking awards at the 19th edition of the Vodafone Ghana Music Awards (VGMA).

Ebony's father and mother joined Bullet and other members of RuffTown Records to receive the award.

The Minister of Communications, Mrs Ursula Owusu Ekuful who together with the CEO of Charterhouse, Theresa Ayeoade presented the ultimate award described it as a "well deserving award" for Ebony.

Ebony is the first female to win the Artiste of the Year category.

The CEO of Charterhouse announced that next year's event would be held in a larger venue to accommodate more patrons.

The following artistes picked up awards

It was Nana Yaa, daughter of highlife legend, Pat Thomas and Naa Amanua Dodoo of Wulomei, 2018 VGMA Lifetime Achievement award winner, who warmed the stage for the night.

Naa Amanua who started singing at age 10 after receiving her lifetime award was joined by Nana Yaa to perform a fantastic vocal from both artistes.

Kelvinbwoy followed them as the next artiste and really proved his mettle with his confidence, stagecraft, control over the band to introduce his boss Stonebwoy.

From 'Bawasaba' to 'Enkulenu' to 'Come From Far' to 'Dirty Enemies', Stonebwoy wowed patrons with his performance and before he left the stage, he said, "nobody for bore. If you win, win; if you no win, go home."

King Promise in his usual casual outfit and a white towel after an acapella version of 'Selfish', performed 'Oh Yeah'.

After King Promise was Kidi who introduced Odo to warm the stage for Confusion by the Fadama boy, Kuame Eugene.

The 'comeback' Praye group with all three members before coming on stage with their Angelina hit song introduced three captivating plump ladies with some butts shaking moves.

South Africa's Nasty C got on stage to perform some of his hit songs to the delight of the crowd.

Fancy Gadam took his turn in a fantastic fashion, with smock dances to a northern Ghana created rhythm.

He was the first to mime as all others had performed with the live band.

As has become his custom, Kwesi Arthur who had just won Hip Pop song of the year with Grind Day took off his shirt to perform the song.

In a tribute to some fallen heros and heroines. A video clip which captured tributes by artistes to their colleagues who have passed on was shown.

As part of the tribute, MzVee performed a rendition of Ebony's 'Date Ur Fada' which sent tears down. Ebony's mother who sat next to Bullet in the auditorium could hold her tears.

That was not the only tribute song as Akosua Agyapong, Adina and Efya performed Hustle, Sponsor and Maame Hwe in Ebony's memory.

From Nigeria, Tiwa Savage stormed the stage with her powerful straight legs to perform with two female dancers.

Sarkodie took patrons down memory lane with a performance from some of his old tunes when he took his turn.

The last performance for the night came from Samini who after showing his mastery with voice, stage craft and live band rendition,  introduced a new kid, Boakye.

Samini asked the crowd to look out for Boakye whom he said had lots under his sleeves. When Boakye took the mic, he did not disappoint with his own rendition of Samini's My Own song.