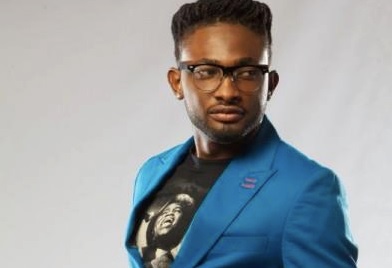 Since being on the reality TV show, Big Brother Africa, Uti Nwachukwu has joined the ranks of top celebrities in Nigeria. The actor, model and musician has had his own fair share of controversy during his time in the spotlight.

Recently,  the Computer Science and Education graduate of the  Benson Idahosa University sat down to have a chat with NET, and he had a lot to say.

How did being on Big Brother affect your life?
Big Brother opened doors for me. In as much I won the money, I had the added advantage of displaying my talent on TV, that’s why I tell people that the show will open doors for whatever you want to do. God used it to change my life and I’m really grateful.

What did you do with the money you won from Big Brother Africa?
I have one or two things I’m doing with the money; small investments here and there which I’d rather not disclose now, but trust me, I’m not one of those people that got the money and squandered it.

How does it feel to be Uti, especially now, when it seems like a lot of great stuff is happening for you?
I’m short of words, I’m actually in awe of my own self. It feels like I’m living a life that’s written in a book or some TV series. I thank God everyday for my blessings because I didn’t do anything to deserve any of these things I have gotten. It’s just the favour of God.

How is the music thing working out for you?
I just resurrected my music career because I tasted it in 2011 with my first single, My Life then a few others that I released. The video was nominated at the Nigerian Music Video Awards, so that has to count for something.

How far have you gone with your foundation?
They say you can’t just make people aware without offering a solution. So, there’s a lot that has to be put in consideration before you float that kind of awareness campaign, because it’s one thing to create awareness but what about the solution? That’s why my Cancer foundation has been put on hold and we are still gathering more knowledge.

Let’s talk about projects you are currently working on?
I have like four, five scripts in my inbox now, I’m supposed to shoot two in Ghana and somebody just gave me another script before you got here. My boss, Desmond Elliot just sent me a big and beautiful script that I can’t wait to hit set.

In fact, his worry was my dreadlocks, he said my dreadlocks look too fresh, so if you look at my hair now, it’s looking a bit rough because my character starts out as a rough person before he cleans up.

Have you ever gotten a film script that requires you taking off your dreadlocks?
Yes, and I told them the only reason I would ever take off my dreadlocks is if they pay.

How much are we talking of?
I’m talking of millions because it took me three years, dedication, discipline and money to make my dreads look this different and unique. So, if you want me to take off my dreads then you have to pay up.

Are you dating right now?
I have made a resolution not to talk ever again about my relationship status because it’s irrelevant, unnecessary and a distraction from what I actually do. I want my fans to focus on Uti the entertainer, not Uti the person. Unfortunately I’m not going to let them into Uti the person’s life, because I need my life. I give them all I have on TV, so that should be enough.

Finally, what’s the next step for you?
With me there’s never a project, there are projects, there’s a new thing in everything I do and I told you I’m about to hit set with Desmond.
Red Hot just premiered, it’s a Teco Benson movie and I played a male prostitute in that movie, I’m sure you’ll be interested in that one because there were
some steamy scenes with Bukky Wright. It’s very interesting trust me!