'Sugarcane' is harvest of consistency—Camidoh 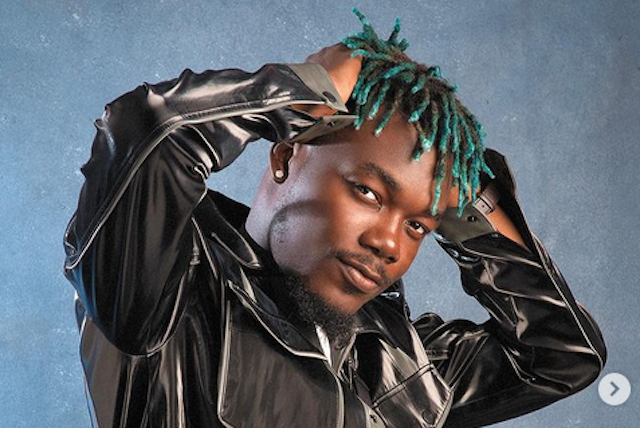 AS a young act, who was very confident in his music abilities, Afrobeats artiste Raphael Kofi Attachie, popularly known as Camidoh, prayed for a day when his music would bring him recognition.

That wish may have taken long in becoming reality but now he is enjoying fame with his latest Sugarcane song making waves in Ghana and Africa.

And Camidoh said the turnaround in his music fortunes this year was the fruit of consistency in the last five years.

In a conversation with Graphic Showbiz on Friday, March 11, he said “I have been grinding since 2018 but interestingly, some people just got to know me because of Sugarcane so they assume I’m new in the game.

"But that is far from it since whatever is happening to my career now is a harvest of consistency.

“I never gave up but kept pushing and thank God the big day finally arrived. But this success has not come without great input from my management team.

"Since last year, they have been promoting my image and brand and I think that is paying off.

“Apart from that, a lot went into promotion to complement the hard work over the years and the result is that Sugarcane is trending on music charts,” he added.

Camidoh, who released his first single For My Lover in 2018, said although he had released songs that he believed matched up to the quality of Sugarcane, he had failed to catch attention over the years.

The development pushed his management to devise strategies to push his brand while he kept at doing quality songs without falling for just anything.

He expressed appreciation to his management and record label, GB Recz, owned by George Britton, for investing in his works which had brought alive a long held vision.

He, however, pointed out that poor structures with its related lack of investors in the music industry had pushed many young talents away from doing music.

According to him, Ghana could boast of many music creatives like himself if there were investors to hold them up.

“The truth is that there are many Camidohs all over the place but they have been buried since there are no investors and help coming for them.

The industry must look at ways of building the structures to look attractive to investors,” he said.

Before Sugarcane, Camidoh had entertained music lovers with songs such as Dance With You, Available, Special Feeling, All for You featuring Medikal, Top Boy, Loyal and Good Vibes.

He told Graphic Showbiz that he took pride in not riding on controversy to get attention as many up and coming artistes resort to.

“I’m enjoying attention and love because of my talent and not because of controversy and that means a lot to me.

"With Ghana conquered, I’m working on taking over Africa and making a global impact,” he stated.

Camidoh revealed that plans were far advanced to do a remix of Sugarcane with a top Nigerian artiste in the coming weeks.