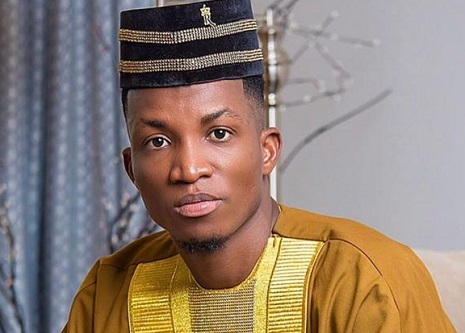 Last year when a number of players in the creative industry such as actor John Dumelo and former MUSIGA President, Bice Osei Kuffour (Obour), made a push to enter Parliament, there was hope in some circles.

The optimism was due to the expectations that issues concerning the industry would now get a chance to be highlighted.

However, they were all unsuccessful in their bid and for Highlife musician Kofi Kinaata, this is unfortunate and more must be done to push creatives into the law making process.

“If we want to be heard and our demands met, then we need to push our people into Parliament so they can speak for us. Because we do not have our representatives there, no one speaks for us.

“Can you imagine what would have happened if John Dumelo, Ebi Bright, Obour and the other creatives all made it to Parliament? Some of the things the creative industry needs would have been provided because they would highlight our issues,” he told Graphic Showbiz recently.

Kofi Kinaata said deliberate steps have to be taken to get creatives into Parliament by campaigning for those who are bold to declare their intentions to contest.

“I was not happy when I saw celebrities campaigning for other candidates instead of using their popularity to campaign for their own,” he said.

John Dumelo should be encouraged – Trigmatic

He explained that the reason why issues concerning the creative industry were trivialised was because players did not have anyone in the decision making places to effectively speak for them.

“For instance, John Dumelo stood a better chance of explaining to Parliament the need to put in money to help the movie industry bounce back if he were there. Obour on the other hand could have spoken on behalf of the musicians. But without them in Parliament, who cares about our issues,” he said.

Asked if he would like to go into politics or contest to be a member of Parliament, Kofi Kinaata said not now.

“I don’t think I am ready for politics now. Maybe in some years to come but not now. However, I support 100 per cent, any showbiz person who is interested in politics,” he said.

“After making the name in Ghana, I need to step out of my comfort zone, hence the decision to do more collaborations. I have a number of musicians I intend collaborating with and it is going to be fire,” he said.