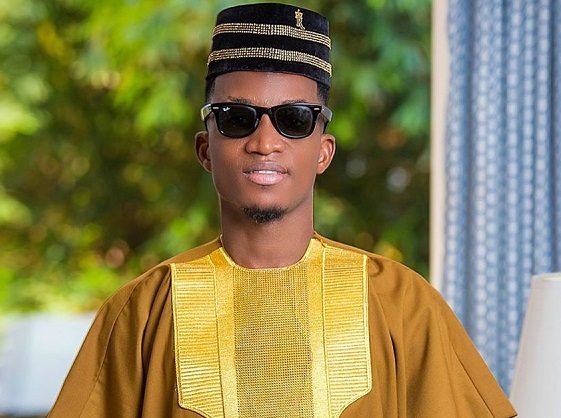 He first won the award in 2016 for his song Susuka, then won it again in 2017 for Confession. And after winning it again for the chart-topping Things Fall Apart, Kofi Kinaata has told Graphic Showbiz that his hard work has paid off.

“When I won again last Friday, I told myself my hard work was finally paying off. I have always told myself I would do positive music to impact both the young and the old and thank God Ghanaians have accepted my kind of songs,” he said.

Asked whether he believed he could continue winning the same award in subsequent years, Kofi Kinaata said, “There are other good songwriters but so far as I keep doing good music I hope to grab it for a long time."

According to Kofi Kinaata the sky is his limit when it comes to writing songs with thought-provoking lyrics.

“I don’t just release songs because I want to or because fans are giving me pressure that they’ve not heard from me.

"I take my time to write timeless songs that can stand the test of time. Now Kofi Kinaata has been accepted as the guy who does very good music and I don’t want to lower the standard,” he said.

About his future plans in terms of his music, Kofi Kinaata said he would not be pressured to follow trends.

“Once you are accepted for always churning out very good songs you should remain at that level. I do not want to do lose the grownups who have admired my music over the years. Ghanaians are yet to see more great songs from me,” he said.

He initially started off as a rapper before transitioning to singing and he has had great success in that area releasing songs such as Susuka, Confessions, Oh Azaay, Play, Never Again featuring Shatta Wale, Last Show, Single and Free, Adam & Eve and Behind The Scenes.

He was signed onto Dancehall artiste Samini's High Grade Family record label from 2013 to 2018 and is currently an independent artiste.

His songs are well written and thought-provoking; when he released Things Fall Apart, it sparked conversations about morality, religion among others.

He told Graphic Showbiz in a chat in May that he was his worst critic because he wanted to push his limits.

He also disclosed that he usually gave his songs to selected people in the industry who critiqued them before release.


In a post on Sunday Kofi Kinaata expressed his gratitude to Ghanaians for his three awards.

All I can say is THANK YOU! 🙏🏾❤️ #VGMAs #TeamMooove Styled By: @d.regaliacouture