Prince Harry: Family would never forgive me if I told all 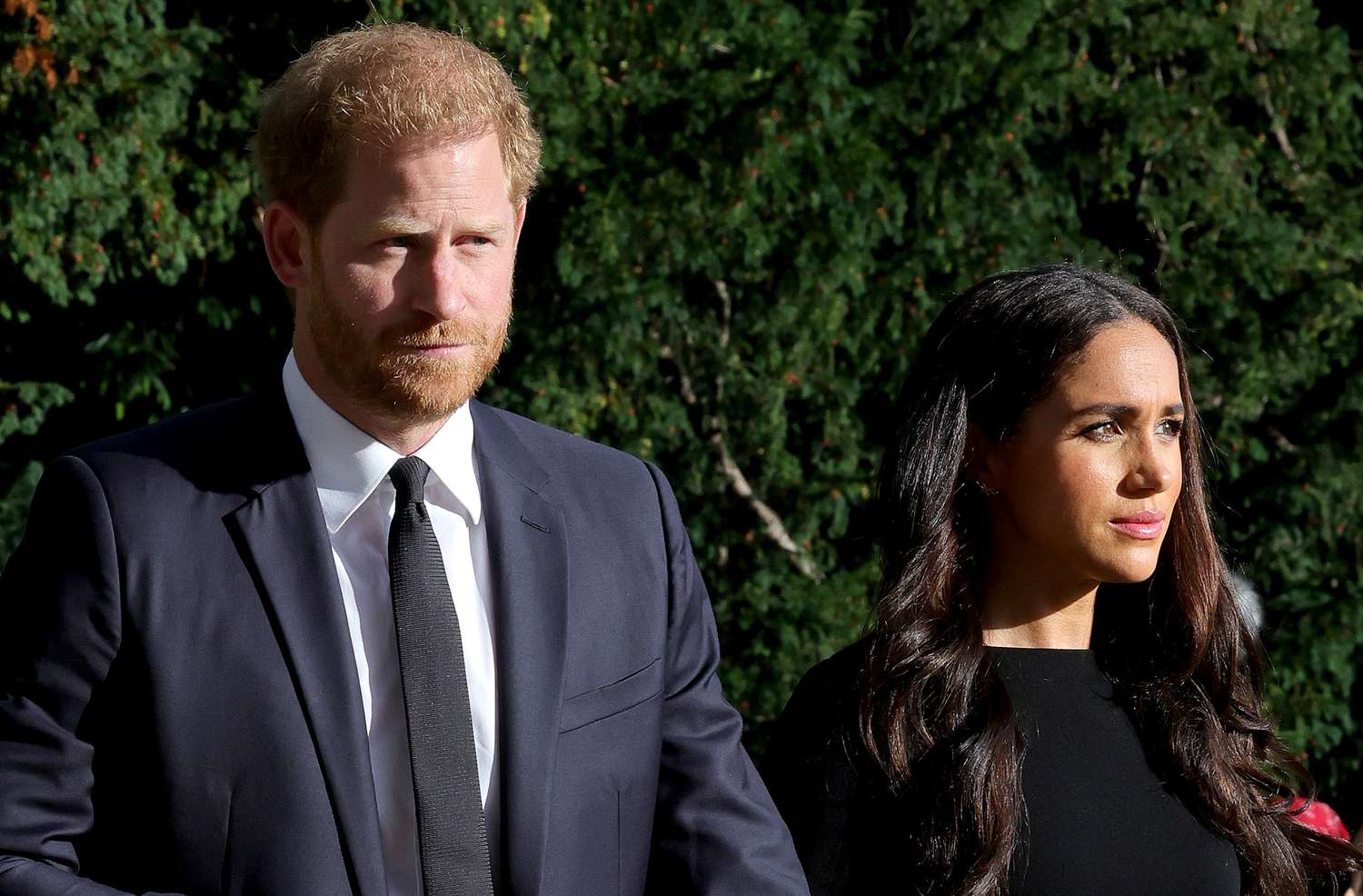 Prince Harry claims he had enough material for "two books", and did not include some things in his memoir because his father and brother would never forgive him.

He told the Daily Telegraph there were some things "I just don't want the world to know".

He also said he wanted an apology to Meghan from his family members.

Spare, published last week, has become the fastest-selling non-fiction book ever in the UK.

The book outlines a long list of grievances against the Royal Family, as well as unresolved trauma over the death of his mother, his struggles with mental health, the isolated life he led before meeting Meghan, and the breakdown of relations with family members.

Kensington Palace and Buckingham Palace have both said they will not comment on its contents.

In an interview with the Telegraph's Bryony Gordon - who travelled to California to speak to him - the Duke of Sussex said he was not "trying to collapse the monarchy", but "trying to save them from themselves".

Prince Harry said there was information he revealed to his ghostwriter JP Moehringer "for context" but there was "absolutely no way" it could be included in the book.

"It could have been two books, put it that way," he said, adding that the first draft was 800 pages, double the final 400-page manuscript.

"And there were other bits that I shared with JR, that I said: 'Look, I'm telling you this for context but there's absolutely no way I'm putting it in there.'"

He said it was impossible to tell his story without his family members in it, "because they play such a crucial part in it, and also because you need to understand the characters and personalities of everyone within the book".

"But there are some things that have happened, especially between me and my brother, and to some extent between me and my father, that I just don't want the world to know. Because I don't think they would ever forgive me," he said.

"Now you could argue that some of the stuff I've put in there, well, they will never forgive me anyway.

"But the way I see it is, I'm willing to forgive you for everything you've done, and I wish you'd actually sat down with me, properly, and instead of saying I'm delusional and paranoid, actually sit down and have a proper conversation about this, because what I'd really like is some accountability. And an apology to my wife."

He told the Telegraph that "no institution is immune to criticism and scrutiny", claiming that if only 10% of the scrutiny put on him and his wife had been applied to the Royal Family "we wouldn't be in this mess right now".

He also spoke about therapy, describing it being "like clearing the windscreen, clearing away all the Instagram filters, all of life's filters".

And he said he feels a responsibility towards William's children, "knowing that out of those three children, at least one will end up like me, the spare. And that hurts, that worries me".