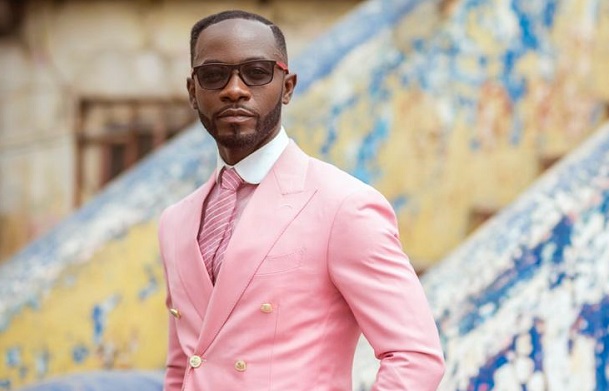 Musicians Okyeame Kwame and Wiyaala have been appointed by WaterAid Ghana (WAG) as ambassadors for its Hygiene Behaviour Change Coalition (HBCC) for COVID-19 Control initiative.

The two join a list of celebrities such as broadcaster Anita Erskine and fashion influencer Afua Rida, who are long-standing WAG Water, Sanitation and Hygiene (WASH) ambassadors, to prosecute the HBCC for COVID-19 Control agenda.

At an unveiling ceremony at the WaterAid Ghana offices on Wednesday, July 1, the Country Director, Mr Abdul Nashiru Mohammed, explained that the initiative, which was funded by the Department for International Development (DFID) and Unilever, would be carried out in six districts across five regions, targeting over five million people.

He said WaterAid Ghana acknowledged the important and influential roles Okyeame Kwame and Wiyaala played within Ghana and beyond, hence their appointment as WASH ambassadors to help disseminate hygiene messages to curtail the spread of infectious diseases such as COVID-19.

“WAG will work with you, our WASH ambassadors, to implement this and other WASH projects of the country programme. WAG is counting on your popularity and large following on social media and in your communities to extensively disseminate hygiene messages to the project target audience,” he said.

Okyeame Kwame, on behalf of Wiyaala, who joined the ceremony via zoom, thanked the management of WAG for deeming them fit to be WASH ambassadors at this crucial moment.

According to him, the task was enormous but they would use their good standing in the music industry to create the needed awareness.

The HBCC campaign, which is on the theme: “Clean Community, Safe Environment”, is to motivate people to practise personal and social protective behaviours and to complement the government’s efforts to contain the spread of the virus.

The campaign, according to WAG, would involve hand washing with soap, maintaining physical and social distancing, wearing masks in public, cleaning frequently touched surfaces regularly and self-isolation when experiencing symptoms to protect others from the virus.

The HBCC will be implemented in two phases over nine months and will leverage on WaterAid Ghana’s extensive experience in running hygiene behaviour change campaigns, with the first phase focusing on an extensive promotion of five key hygiene behaviours related to COVID-19 using social, digital and mass media channels.

The HBCC for COVID-19 Control beneficiary communities are Wa Municipal in Upper West; Bongo and Kassena Nankana West in Upper East; Nanumba South in the Northern; Kwahu Afram Plains North in the Eastern; and Ablekuma Central Municipal in the Greater Accra Region.